The ‘Z’ is one of the symbols, as well as the letters ‘V’ and ‘O,’ that can be seen painted on Russian military vehicles. 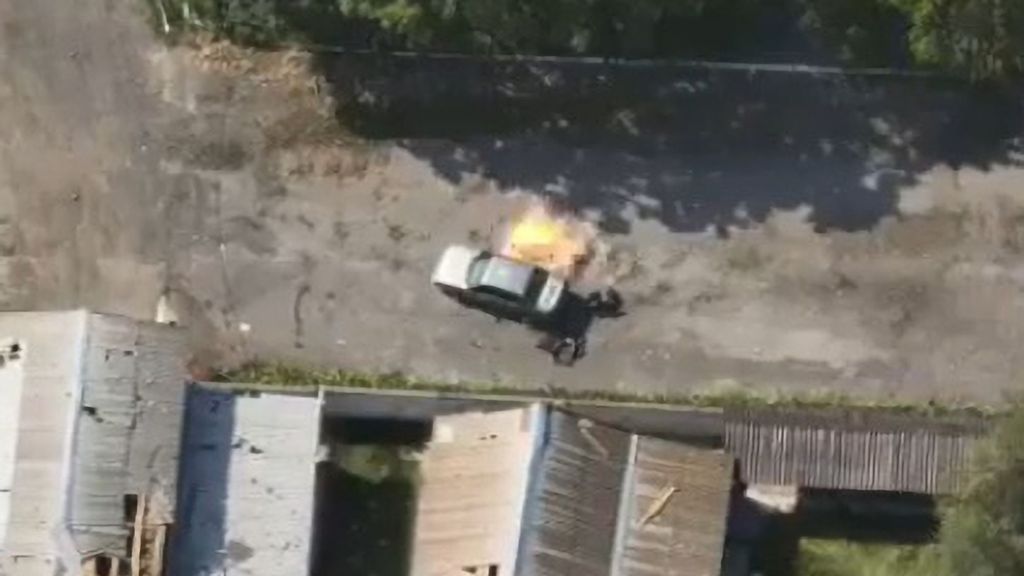 These images show Ukrainian armed drones destroying cars sporting the ‘Z’ symbol that are used by the Russian military in Ukraine in what their operators said were a series of “little pranks.”

The footage shows multiple cars bearing the ‘Z’ symbol being targeted from the sky by Ukrainian armed drones that drop bombs on them. Russian military equipment can also be seen being targeted.

The ‘Z’ is one of the symbols, as well as the letters ‘V’ and ‘O,’ that can be seen painted on Russian military vehicles taking part in the invasion of Ukraine.

The footage was obtained from the 40th Artillery Brigade of the Ukrainian Ground Forces – also known as the 40th Separate Artillery Brigade named after Grand Duke Vytautas – on Tuesday, July 26, along with a short statement saying that they were “little pranks” for the Russians.

The footage was also relayed by the General Staff of the Armed Forces of Ukraine, as well as the Center for Strategic Communications and Information Security, which operates under the umbrella of the Ministry of Culture and Information of Ukraine.

Zenger News contacted the 40th Artillery Brigade for further comment, as well as the Russian Ministry of Defense, but had not received a reply at the time of writing.