The images were obtained from the Russian Ministry of Defense (MoD) on the evening of Monday, July 25. 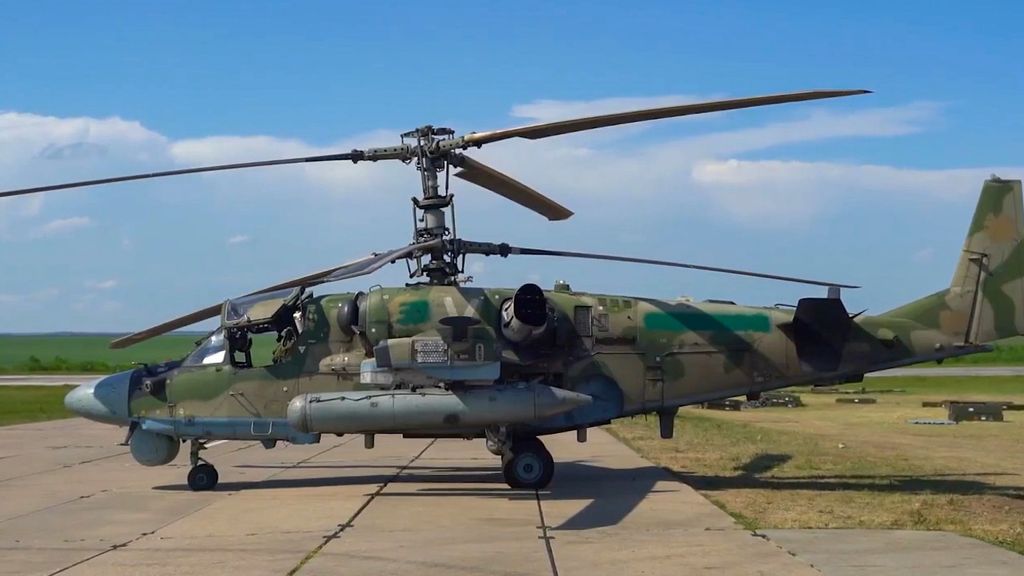 Russian Ka-52 attack helicopters before the start of the combat mission in Ukraine in undated footage. Ministry of Defence of the Russian Federation claims that as the result of the attacks a command post, tanks, and other AFU armored vehicles were destroyed. (Ministry of Defense of Russia/Zenger)

The footage appears to show Russian Ka-52 attack helicopters bearing the symbol ‘V’ on them being loaded up with ordnance and taking to the skies before allegedly attacking unseen Ukrainian targets.

The ‘V’ is one of the symbols, as well as the letters ‘Z’ and ‘O’ that can be seen painted on Russian military vehicles taking part in the invasion of Ukraine.

The images were obtained from the Russian Ministry of Defense (MoD) on the evening of Monday, July 25, along with a short statement claiming that the images show “combat work of the crews of Ka-52 attack helicopters to destroy strongholds and armored vehicles of the Armed Forces of Ukraine.”

The Russian MoD also claimed: “In the course of carrying out combat sorties, army aviation pilots launched missiles at fortified positions of the Armed Forces units they discovered.

“As a result, a command post, tanks and other armored vehicles of the Armed Forces of Ukraine were destroyed.”