Russia Shows Off One Of Its Tornado Multiple Rocket Launcher Vehicles

The new footage was obtained from the Russian Ministry of Defense (MoD) on Tuesday, July 26. 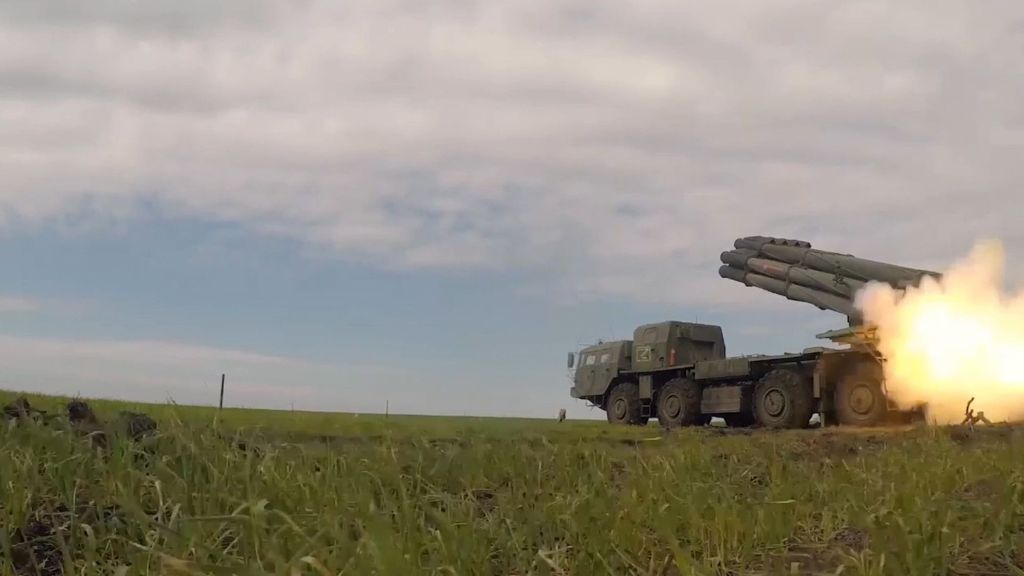 This footage purports to show a Russian multiple rocket launcher vehicle in action somewhere in Ukraine.

The new footage was obtained from the Russian Ministry of Defense (MoD) on Tuesday, July 26 and allegedly shows a BM-30 ‘Smerch’ (‘Tornado’ or ‘Whirlwind’ in Russian) in action somewhere in Ukraine. It can be seen sporting a now infamous ‘Z’ on its side.

The Russian MoD claimed in a statement (in Russian), also obtained on Tuesday, July 26: “The Armed Forces of the Russian Federation, in the course of a special military operation, continue to carry out missile strikes against military infrastructure and military equipment of the Armed Forces of Ukraine.