Results showed that chicken wings are a crowd-pleasing appetizer for even the pickiest of eaters. 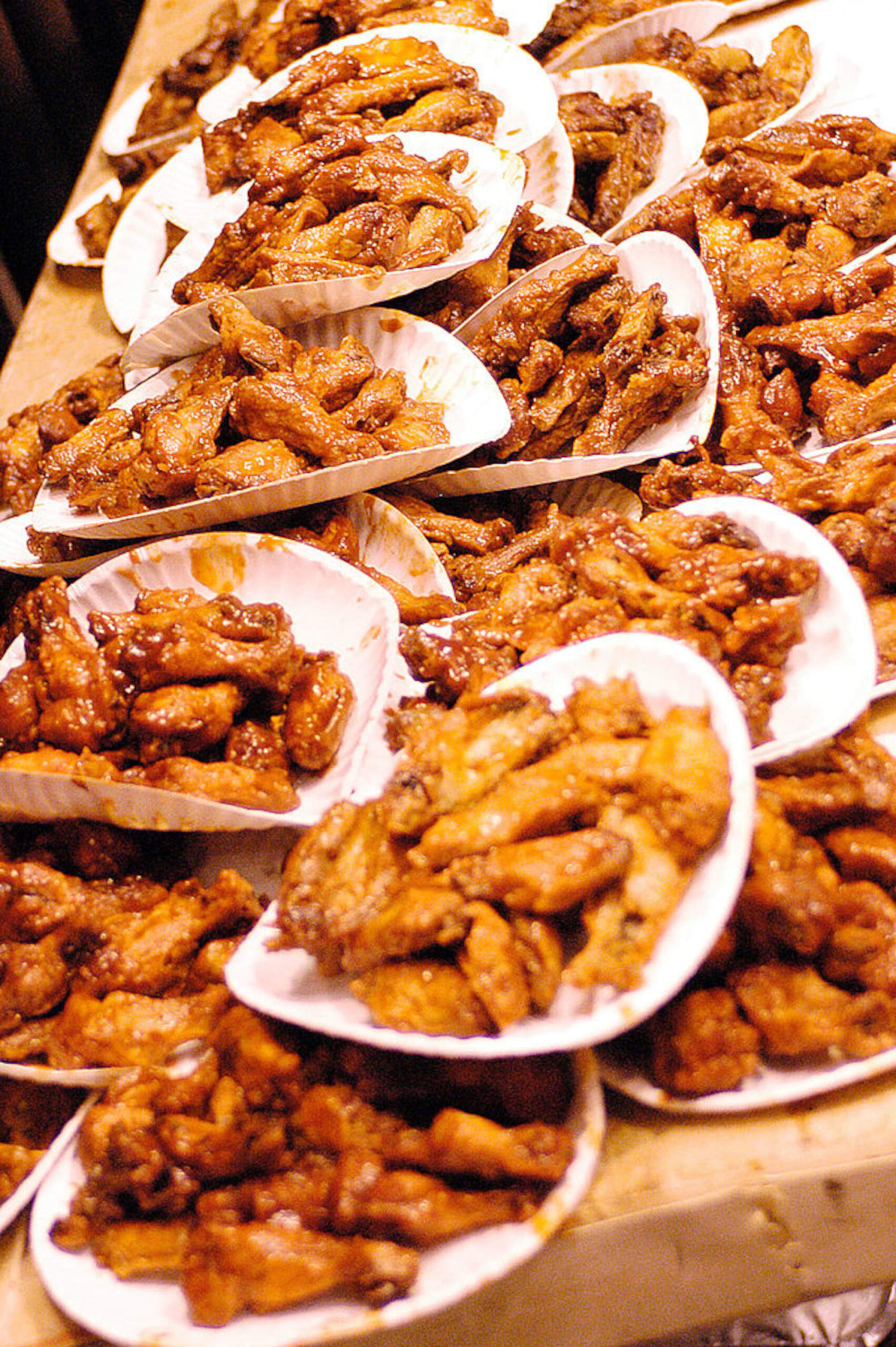 Buffalo Wings are stacked up before the competition begins at the 12th Annual Wing Bowl on January 30, 2004 in Philadelphia, Pennsylvania. (Photo by Jeff Fusco/Getty Images)

A survey of 2,000 people found that three in four Americans won’t judge you for licking your fingers after eating chicken wings – because they’ll do the same (73 percent), according to new research.

The study found that chicken wings are considered an ol’ reliable classic food (63 percent), and are the favorite among casual-dining appetizers (54 percent) followed by chips and salsa (46 percent) and french fries (44 percent).

Results showed that chicken wings are a crowd-pleasing appetizer for even the pickiest of eaters and 75 percent agree it’s hard to beat the taste of a chicken wing, which may be why three in five said they’re likely to order them most or every time they go to a restaurant.

People also enjoy a good chicken wing whenever the cravings hit (44 percent), when ordering takeout or delivery at home (42 percent) and at parties (40 percent).

This may also be why seven in 10 of those who enjoy the savory food crave them often (71 percent), and why they make sure to eat every last bite before leaving the bones behind (79 percent).

When presented with a plate of chicken wings, a third of Americans will reach for a drummette first (33 percent).

But a quarter of respondents would prefer a flat wing instead, while 42 percent would gladly eat both.

Conducted by OnePoll for Hidden Valley Ranch, the survey found that when it comes to the boneless versus bone-in debate, more people have a preference for the former (33 percent vs. 29 percent), but 38 percent enjoy both equally.

And although 44 percent consider boneless wings as actual wings, 38 percent would tease someone they know for ordering them instead of bone-in wings and one in four would not go on a second date with someone who thinks they’re considered traditional wings (24 percent).

For those hot wings, 79 percent said they need a dipping sauce to cool down.

“There are so many different flavors of wings for your every craving – sweet, savory, spicy, combinations of these and so many more,” said Alvaro Andres, associate director at Hidden Valley Ranch. There’s no better way to cool down the heat from a hot wing than dipping it in a cool and creamy condiment like ranch.”

Respondents also shared that the best way to dip their wings is once, without grabbing too much sauce (46%).

However, those who dip their wings more than once dip an average of five times per wing.

Snacky respondents are also likely to eat the vegetables that come on the side of chicken wings (58 percent), citing celery sticks as the better side veggie (26 percent).

Other popular sides that hit the spot when munching on chicken wings are french fries (34 percent), onion rings (31 percent) or a side salad (30 percent).

“Dipping foods provides an extra burst of flavor and, let’s face it, makes eating more fun,” said Andres. “The best condiments to keep on hand for dipping are ones that work with the most food, so you’re never craving more flavor.”