The amazingly well-preserved remains were discovered at Level TE7 at the Sima del Elefante site in the Atapuerca Mountains. 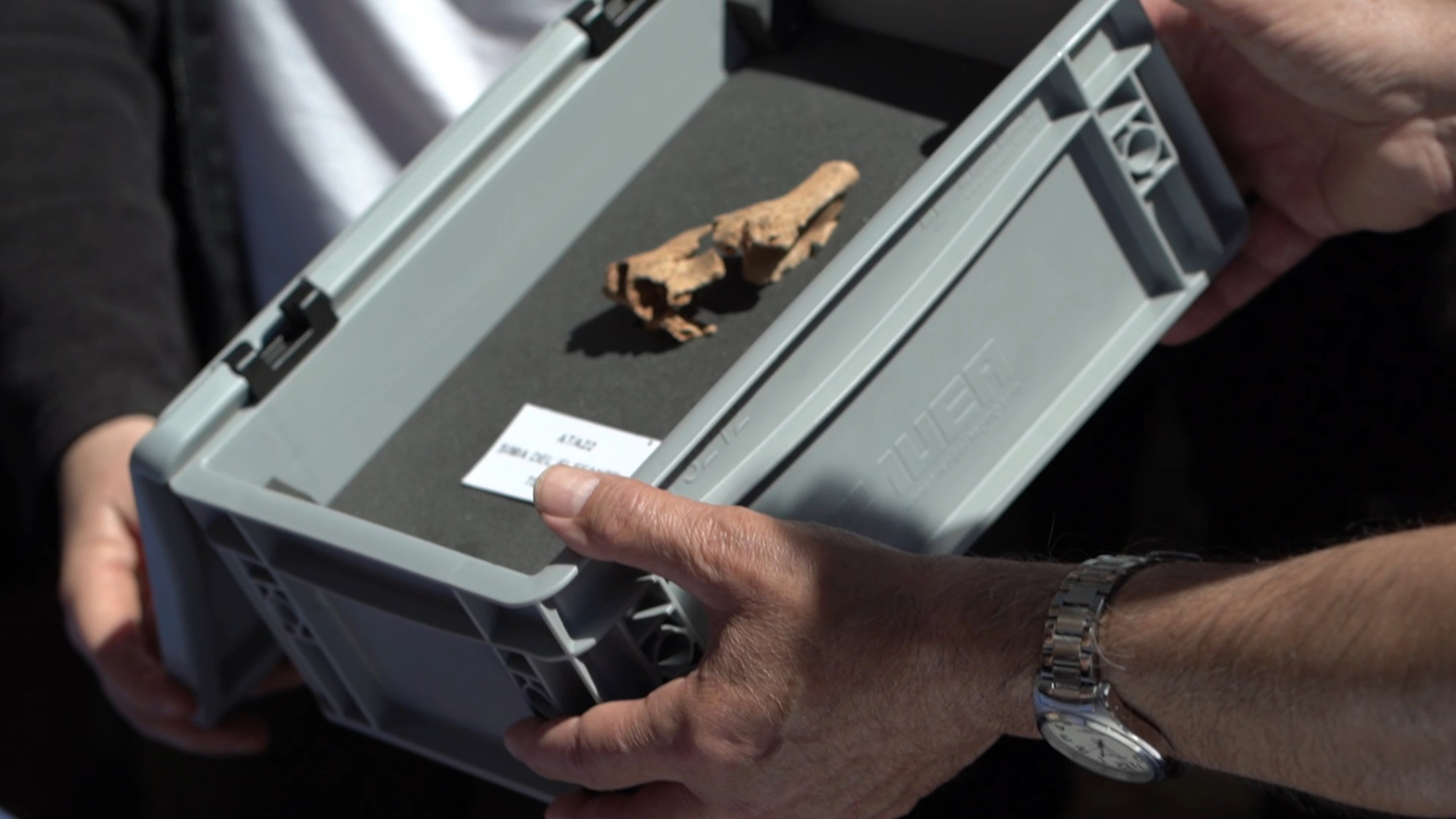 Presentation of the remains of the first European human being found in Atapuerca archaeological site, Burgos, Spain, July 2022. It has been named as Pink Floyd, like the British band. (Fundacion Atapuerca/Zenger)

Spanish archaeologists have named the oldest hominid ever found in Europe ‘Pink’ after the legendary English rock band Pink Floyd.

They say it is in honor of progressive rock group Pink Floyd and their classic album ‘Dark Side of the Moon’.

The found fragments make up the left part of the ancient’s face and include the maxilla, the edge of the nose, the malar bone, which forms the cheek and part of the eye socket, and dental alveoli.

The amazingly well-preserved remains were discovered at Level TE7 at the Sima del Elefante site in the Atapuerca Mountains.

The archaeological organization behind the discovery, Fundacion Atapuerca, said in a statement that “the star discovery this year was the partial face of a human being, who lived and died in the Sierra de Atapuerca around 1.4 million years ago (Sima del Elefante site).

“This is the face of the first European, which promises to be crucial in research on the emergence of modern faces. We are talking about such an emblematic find that the team has decided to give this fossil its own name, which from now on we will know as PINK, in tribute to the legendary album by the British rock band Pink Floyd, released in 1973 and called The Dark Side of the Moon”.

Sima del Elefante – or Pit of the Elephant – has yielded the earliest human remains in western Europe.

Other important finds include fragments of archaic human Homo antecessor, such as jawbone and teeth that date to 1.2 to 0.8 million years ago.

These were found in Sima del Elefante’s Gran Dolina cave in 1994, while the species itself was officially described as the last common ancestor of modern humans and Neanderthal in 1997.

The new find was detected by research team member Edgar Tellez who noticed a few bone remains covered in clay on June 30.

The team added: “After cleaning and scrutiny by several of the team’s specialists, we can now confirm that the remains are from a human jaw.”

The find represents an important clue to understanding the evolutionary origins of early hominids outside of Africa.

Fundacion Atapuerca said that about 320 researchers had taken part in excavation work at their sites over the last year.