Doubling Exercise Reduces Risk Of Premature Death By A Third

Exercise data was reported as the average time spent per week on various physical activities over the past year.
By Simona Kitanovska July 28, 2022
Facebook
Twitter
Linkedin
Email 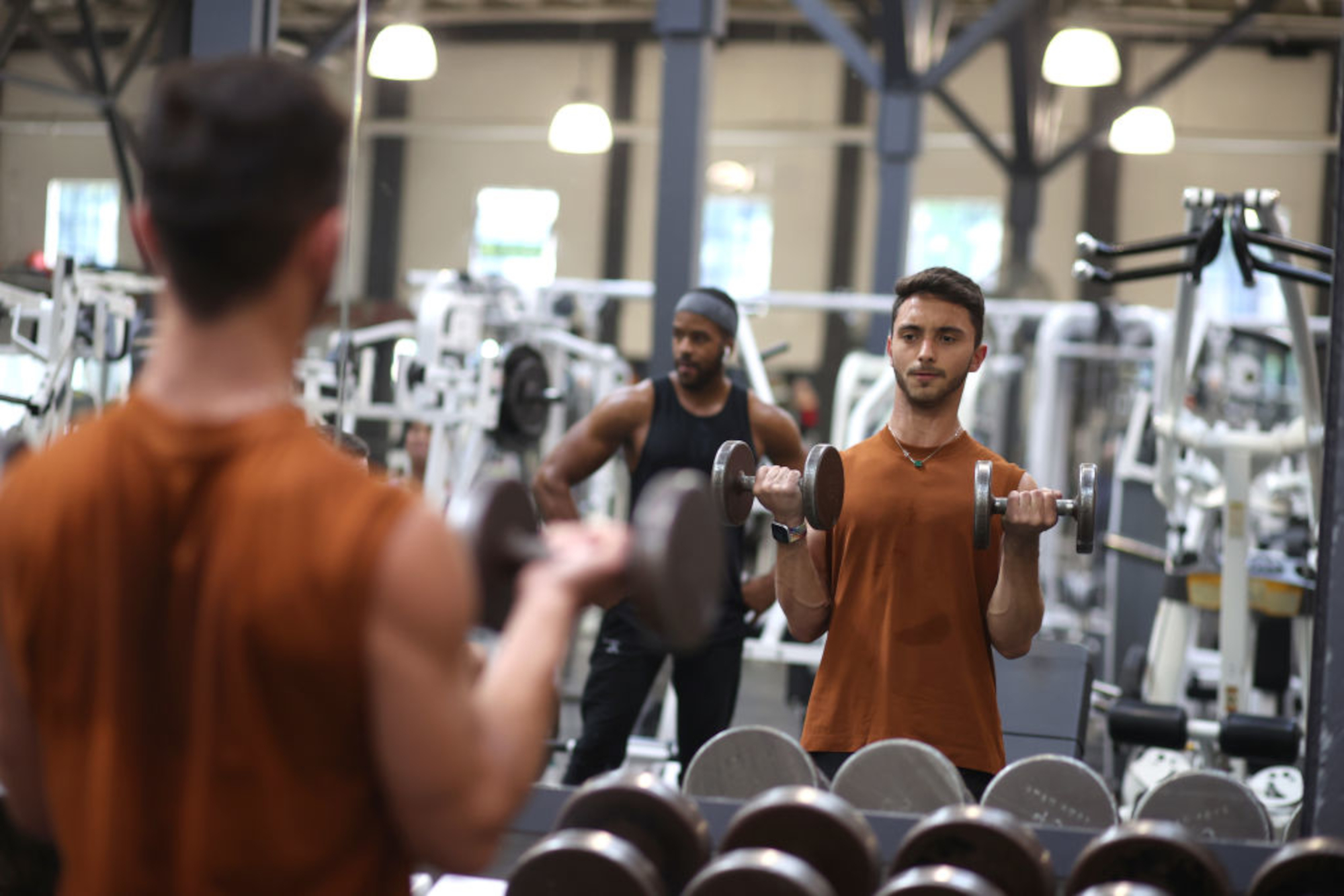 Gabriel Carvalho works out without a face mask a Fitness SF gym on October 15, 2021 in San Francisco, California. (Photo by Justin Sullivan/Getty Images)

Doing double the recommended amount of daily exercise can slash your risk of premature death by almost a third, according to new research.

Reductions were highest for those who performed two to four times the current advised amount – up to 23 and 31 percent for vigorous and moderate physical activity.

Dr. Dong Hoon Lee of Harvard University’s School of Public Health said: “The potential impact of physical activity on health is great, yet it remains unclear whether engaging in high levels of prolonged, vigorous or moderate intensity physical activity above the recommended levels provides any additional benefits or harmful effects on cardiovascular health.”

As lead author of the study, Lee said: “Our study leveraged repeated measures of self-reported physical activity over decades to examine the association between long-term physical activity during middle and late adulthood and mortality.”

Lee and colleagues analysed mortality data and medical records from the all-female Nurses’ Health Study and the all-male Health Professionals Follow-up Study from 1988-2018.

They included questions about health information, physician-diagnosed illnesses, family medical histories and personal habits such as cigarette and alcohol consumption and frequency of exercise.

Exercise data was reported as the average time spent per week on various physical activities over the past year.

The analysis found that adults who performed double the currently recommended range of either moderate or vigorous physical activity each week had the lowest long-term risk of mortality.

Those who met the guidelines for vigorous physical activity had a 31 and 15 percent lower risk of death from cardiovascular disease (CVD) and other causes, respectively.

Participants who reached moderate physical activity guidelines had up to 25 and 20 percent lower risks of cardiovascular disease (CVD) mortality and deaths from other causes, respectively.

Peers who performed two to four times above the recommended amount of long-term vigorous physical activity (150-300 min/week) had up to 33 and 19 percent lower risk of death from CVD and other causes, respectively.

Those who managed two to four times above the recommended amount of moderate physical activity (300-600 min/week) had up to 38 and 27 percent lower risk of CVD mortality and deaths from other causes.

No harmful cardiovascular health effects were found among the adults who reported engaging in more than four times the recommended minimum activity levels.

Previous studies have found evidence that long-term, high-intensity, endurance exercise, such as marathons, triathlons and long-distance bicycle races, may increase the risk of heart diseases and sudden cardiac death.

Lee said: “This finding may reduce the concerns around the potential harmful effect of engaging in high levels of physical activity observed in several previous studies.”

But the study published in the AHA’s journal Circulation found it did not provide any additional reduction in risk of death.

Added Lee: “Our study provides evidence to guide individuals to choose the right amount and intensity of physical activity over their lifetime to maintain their overall health.

“Our findings support the current national physical activity guidelines and further suggest that the maximum benefits may be achieved by performing medium to high levels of either moderate or vigorous activity or a combination.”

He also pointed out people who perform less than the recommended amounts may have greater benefits by consistently performing 75 to 150 or 150 to 300 minutes of vigorous or moderate exercise per week, or an equivalent combination of both, over the long term.

Professor Donna Arnett, of the University of Kentucky who is a past president of the AHA, said: “We have known for a long time that moderate and intense levels of physical exercise can reduce a person’s risk of both atherosclerotic cardiovascular disease and mortality.