Police arrested four suspects who come from the state of Durango. Three of them have criminal records. 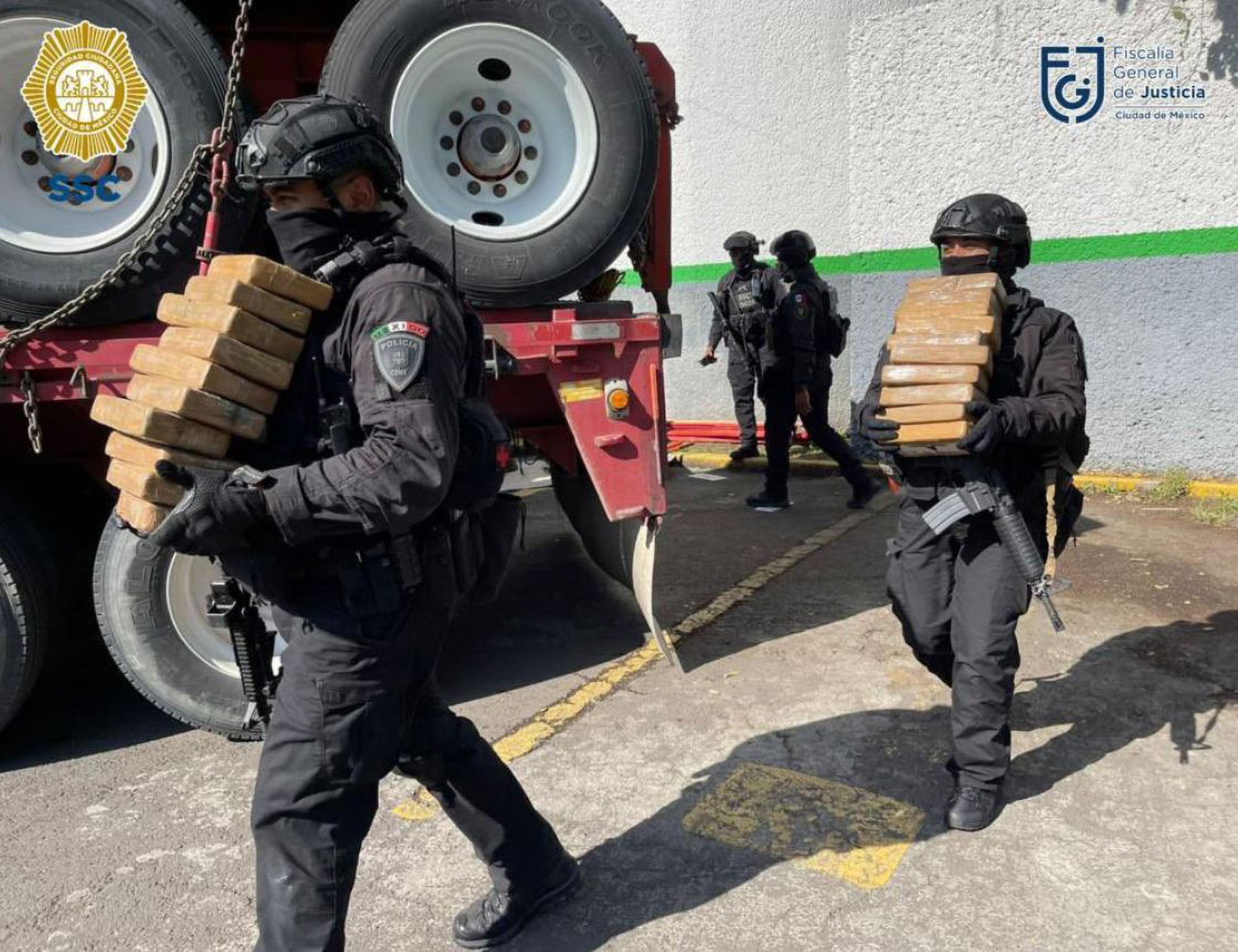 Police seize more than 1.6 tons of cocaine from Colombia, in Mexico City, Mexico, on July 26, 2022. It is the largest seizure of that drug in the history of the city. (FiscaliaCDMX/Zenger)

Police in Mexico City have seized a shipment of 1.6 tons of cocaine from Colombia – and destined for Los Angeles – in the biggest bust the Mexican capital has ever seen.

The huge operation pulled over two trailer trucks and a car escorting them along a highway leading away from the Mexican capital on July 26. The drugs were apparently set to be smuggled across the Mexican border with the United States before being taken to the Californian city of Los Angeles.

A spokesperson for the Mexican Secretariat of Public Security, named as Omar Garcia Harfuch, said: “We are talking about the largest seizure of cocaine in Mexico City by far.”

The police discovered the drugs stashed in hidden compartments in the trailers.

According to the preliminary investigation, the shipment came from Colombia and had arrived in the port town of Puerto Escondido, in the state of Oaxaca, on Mexico’s Pacific coast.

The illegal drugs were then transported by road to the Mexican capital Mexico City where the suspects had planned to distribute some in the neighborhood of Tepito in the heart of the capital.

It was understood to be the first step on the road to trafficking cocaine across the U.S. border to Los Angeles.

Police arrested four suspects who come from the state of Durango. Three of them have criminal records.

Harfuch said the detainees belong to criminal organizations based in Durango and the neighboring state of Sinaloa. He added: “This weakens the criminals who generate violence in our Mexico City.”

This is the second major operation against drug cartels to take place in Mexico City so far this month.

Two weeks ago, a heavy police deployment in the south of the city resulted in the arrest of 14 suspects and release of two kidnapping victims as well as the capture of weapons and drugs.

Of those arrested, four have been released. The others remain in prison on suspicion of belonging to the powerful Sinaloa Cartel.

The United Nations Office on Drugs and Crime, headquartered in the Austrian capital Vienna, said in its World Drug Report 2021 that approximately “275 million people used drugs worldwide in the last year”.

They also said that “between 2010-2019 the number of people using drugs increased by 22 percent” and that “the resilience of drug markets during the pandemic has demonstrated once again traffickers’ ability to adapt quickly to changed environments and circumstances.”