Aaron Humphries, 32, claims he suffered “life-changing injuries” after he was blasted in the leg following a tense stand-off. 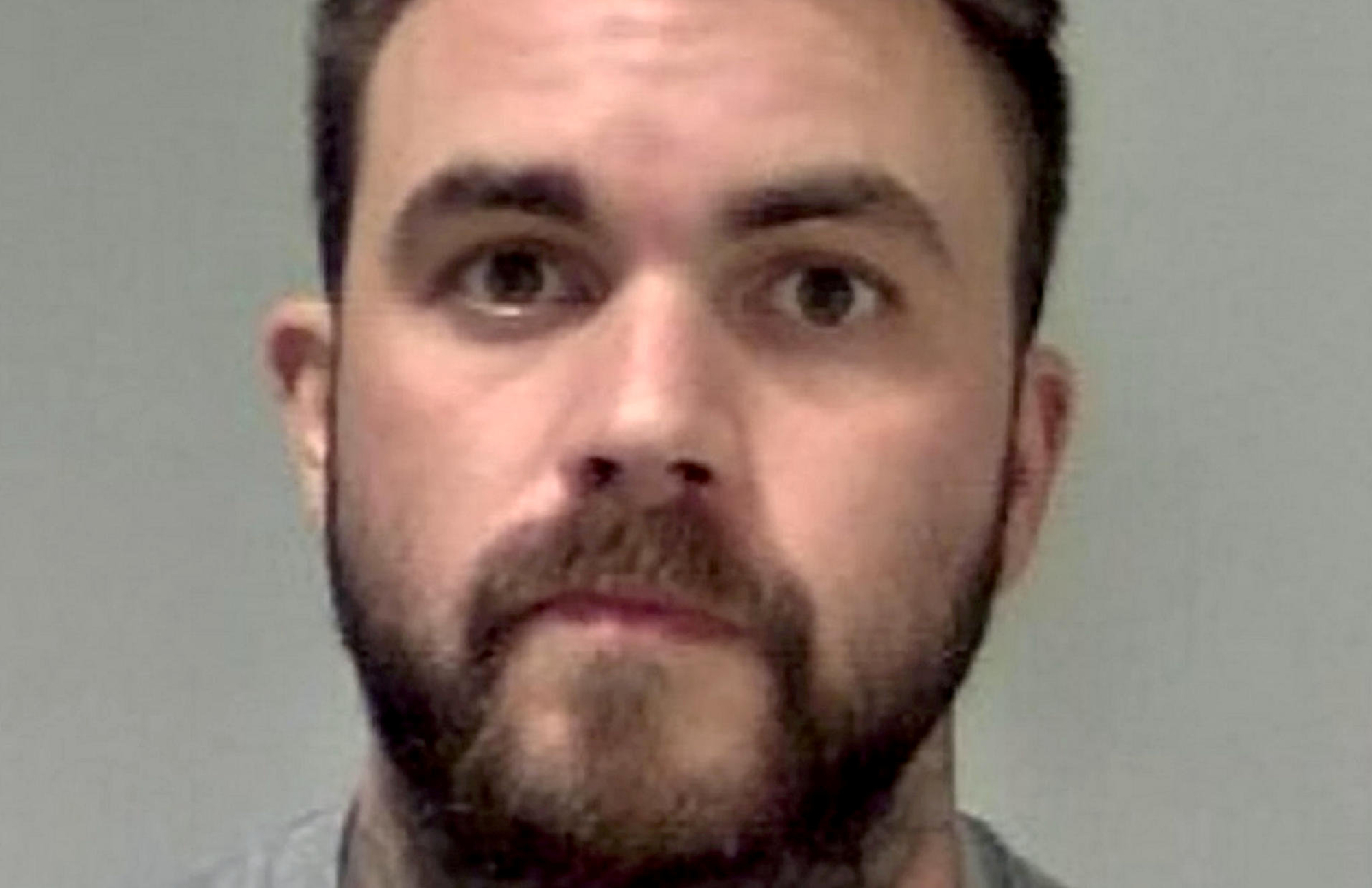 Aaron Humphries, 32, claims he suffered life-changing injuries after he was blasted in the leg following a tense stand-off with the police in Ronkswood Hill on October 2, 2021. Humphries is now suing the police for being accidentally shot by an armed cop. (SWNS/Zenger)

A gunman who sparked panic when he was seen with a weapon outside his ex-partner’s home is suing police after an armed cop accidentally shot him.

Aaron Humphries, 32, claims he suffered “life-changing injuries” after he was blasted in the leg following a tense stand-off.

Police dashed to Ronkswood Hill, Worcester, in England’s West Midlands region, in the United Kingdom, after reports of Humphries was holding a submachine gun outside his ex-partner’s house on October 2 last year.

He claims the weapon was a plastic BB gun and he had no intention of threatening anyone with it and was asleep in his car when police were called.

During the incident, which went viral after it was filmed by a resident, Humphries was shot when a female officer’s gun went off by mistake.

In the clip officers shout at Humphries ordering him to get out of his white BMW before he is shot.

Humphries was rushed to the Queen Elizabeth Hospital in Birmingham with life-changing injuries before being charged.

He admitted possession of an imitation firearm (an MP5K submachine gun) and criminal damage.

In January Humphries was sentenced to 20 months in prison suspended for two years at Worcester Crown Court.

Humphries is now suing West Mercia Police for compensation saying he was forced to give up his 54,000-dollar-a-year civil engineering job and now struggles to walk.

He said: “I just remember the gun going off. Then I was on the floor. The pain was excruciating.

“The bullet was found up the road under a car somewhere.

“I wouldn’t want to know what it felt like before it went through the car door – the door probably acted as a bit of a shield.

“I remember hearing officers shout ‘shots fired!’ and then being handcuffed while I lay on the ground.

“I thought it must have been a rubber bullet until I saw the blood. If it was not me who was shot – it could have been anyone.

“I wasn’t bothering anyone. I hadn’t even spoken to anyone that morning. Someone looked through my window and called the police.

“I have paid my price and being shot in the leg should not have been part of it.”

He stayed in the hospital for three weeks while he underwent five operations including skin grafts before being transferred to HMP Hewell where he says he needed crutches.

The dad-of-two says he now lives alone in Birmingham and survives on a 260 pounds ($313) a month Universal Credit.

He said: “There were stairs everywhere in prison. I just had to struggle.

“I had seven small seizures in one day in prison.

“I’ve since had to give up my job and get nightmares and flashbacks, symptoms of PTSD.”

Humphries also said he had received no letter of apology from the officer or from West Mercia Police.

Following the case, the Independent Office for Police Conduct said the force had a case to answer for misconduct.

However, the force’s internal investigation ruled there was no misconduct as the firearm was discharged accidentally.

The officer remains on active duty although the officer’s authorization to carry firearms has been withdrawn.

Humphries is now mounting a High Court legal challenge over the force’s handling of the case and is seeking compensation.

Deputy Chief Constable Julian Moss said: “As Aaron Humphries has admitted, he was carrying an imitation firearm at the time of this incident.

“Of course, officers responding did not know that it was an imitation and not the real thing – therefore their weapons were drawn whilst they worked to resolve the situation.

“During the incident, an officer’s weapon was discharged and we immediately made a referral to the Independent Office for Police Conduct (IOPC).

“They referred the matter back to the force to establish if the officer’s actions amounted to misconduct.

“As such a misconduct meeting was held.

“The meeting fully reviewed all of the evidence and it was determined that there was no misconduct as the firearm was accidentally discharged, which of course we apologize for.”