Curators at V&A Dundee want people to rummage through their wardrobes for tartan objects to potentially feature in the exhibition. 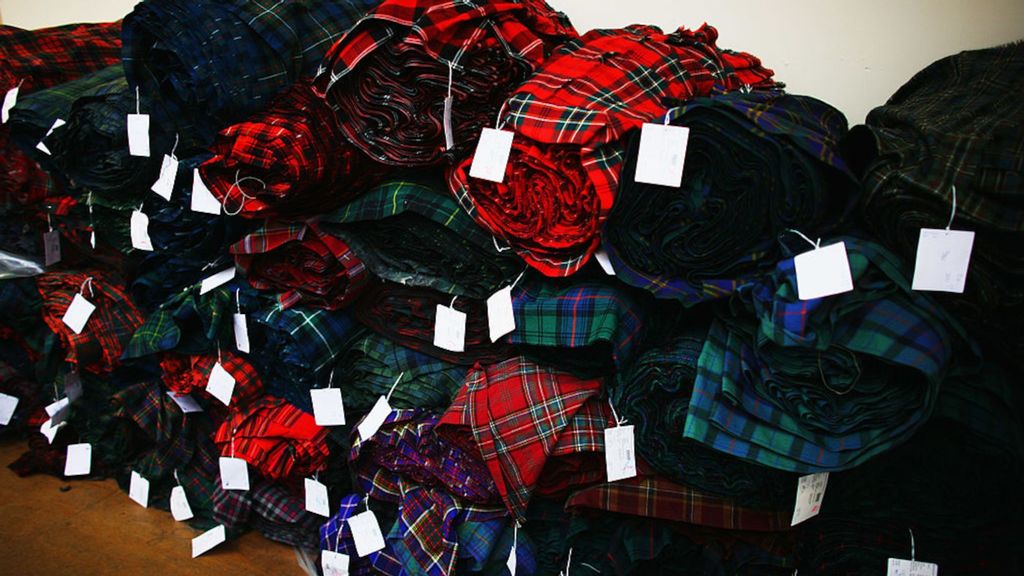 A nationwide appeal for tartan memorabilia has been launched for a major exhibition celebrating the world-famous fabric.

Curators at V&A Dundee, the popular U.K. museum, located in Dundee, Scotland, want people to rummage through their wardrobes for tartan objects to potentially feature in the exhibition.

People are being urged to email details of their own tartan story to the museum, which is planning to stage the biggest ever exhibition devoted to tartan.

Opening in April, V&A Dundee’s first major in-house exhibition, is billed as ‘a radical new look at one of the world’s best-known fabrics’.

It will explore how tartan has become a ‘global symbol’ and influenced fashion, film, architecture and design.

The fabric has been embraced by t Vivienne Westwood and Alexander McQueen, the author Walter Scott and musical acts like Rod Stewart and the Bay City Rollers.

Its exhibits are expected to chart the story of Scotland through tartan, and how it has represented ‘unity, dissent, tradition and rebellion.’

The exhibition will explore the history of tartan, which was famously outlawed in Scotland following the 18th century Jacobite Risings.

But it went on to become a symbol of the British Army and Empire and was embraced by the Royal Family.

V&A Dundee said it was seeking the help of the public to complete the exhibition by finding tartan objects which express what the pattern and textile means to them.

Assistant curator Jamie Wylie said: “Tartan is an incredible pattern and textile that has traveled the world.

“We think it’s arguably the world’s most instantly recognizable textile and it has a close relationship to so many people’s identities, from the explosion of punk in the late 1970s to the prideful Tartan Army on tour, as well as contemporary expressions of queer identities.

“We are hugely excited to see what people have in their homes, and to hear stories of all the different things tartan means to people.

“From all the submissions we receive, our ‘Young People’s Collective’ will make a selection of objects to add to the exhibition, with contributors being able to see their very own tartan treasures on display at V&A Dundee next year.”

V&A Dundee director Leonie Bell said: “We will be looking at its history of attachment to tourism, tradition and the clans, how it was used across the Empire, how it has been subverted by punks and fashion designers, and how it has endured from quite simple beginnings to be something that is recognized by everybody.

“It’s really fascinating when you start to get under the skin of it and you realize it’s something that we live within Scotland all the time but maybe don’t understand the true story of it and the potency it still has – as a cloth that can be about being radical and rebellious, but also about tradition.

“It’s really interesting that the Tartan Army can own it at the same time as Vivienne Westood.”