Ryan Price, 38, was FaceTiming his wife Bethany when the bird suddenly dive-bombed him during the call. 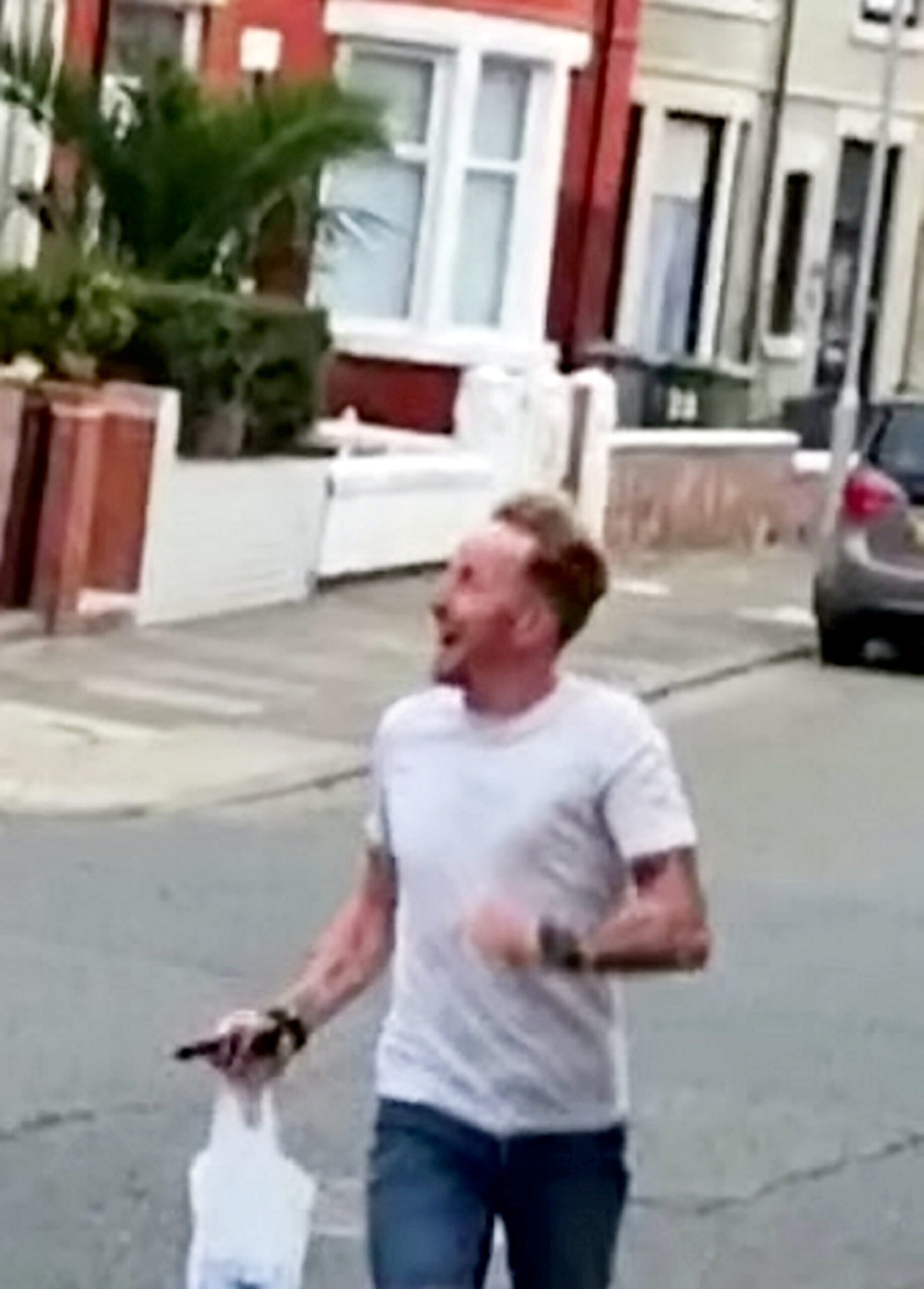 Ryan Price got in a flap and ran down the street in terror while being attacked by an angry seagull. Undated photograph. (Courtesy Ryan Price, SWNS/Zenger)

This is the hilarious moment a dad got in a flap and ran down the street in terror while being attacked by an angry seagull.

Ryan Price, 38, was FaceTiming his wife Bethany when the bird suddenly dive-bombed him during the call.

Video shows the seagull perch on a lamppost before spotting Ryan’s phone and swooping down.

The dad-of-two is then seen sprinting away in panic down the street while Bethany, 25, is heard howling with laughter as she films him from their doorstep.

Price, an operations manager at a theater, said: “There’s been a pair of gulls nesting on our neighbor’s roof for weeks.

“My wife rang me while I was at work to say that she thought the baby had fallen off the roof and that she had seen the parents attack six different people walking past.

“I hadn’t seen the baby so I thought I’d risk my luck walking to the shop and decided to FaceTime Bethany to see if she wanted anything.

“As soon as I got near to the house the seagull launched itself at me and wouldn’t leave me alone.

“Bethany was only up the road so she ran outside and started filming me while I was being chased. She found the whole thing hilarious.”

The seagull has been causing mayhem for residents after set up residence on a house in Hampstead Road, Wallasey in the Wirral, in the United Kingdom.

Many elderly locals say they are now too scared to leave their homes after being attacked by the bird.

Typically gulls become aggressive when parental instincts kick in, usually after a chick has fallen from a roof into a garden or street below.

Since sharing videos of the seagull on Facebook, Price’s post has been met with comments from other residents who have experienced similar.

Danny Atherton, who lives off Poulton Road, was picking his niece up from school when he was also subject to the seagull’s attacks.

He said: “I was just walking along the street with my headphones in and then I see these two women waving their arms at me.

“Next minute I see this shadow come behind me and something knock into the back of my head which made me fall over.

“I turn around expecting to see someone, but it was a seagull. Then it started chasing me, so I was running backward and forwards trying to get rid of it.”

In the process of trying to warn of the bird, Atherton said he dropped and cracked his mobile phone and has also been left with cuts to his head.

He said: “Luckily a woman let me run into her hallway to escape.

“Then the seagull started attacking other people, so I took the opportunity to make my escape.”