Dorothy is named after Dorothy Hodgkin, who in 1964 became the first British woman to win the Nobel Prize in Chemistry.
By Simona Kitanovska July 27, 2022
Facebook
Twitter
Linkedin
Email 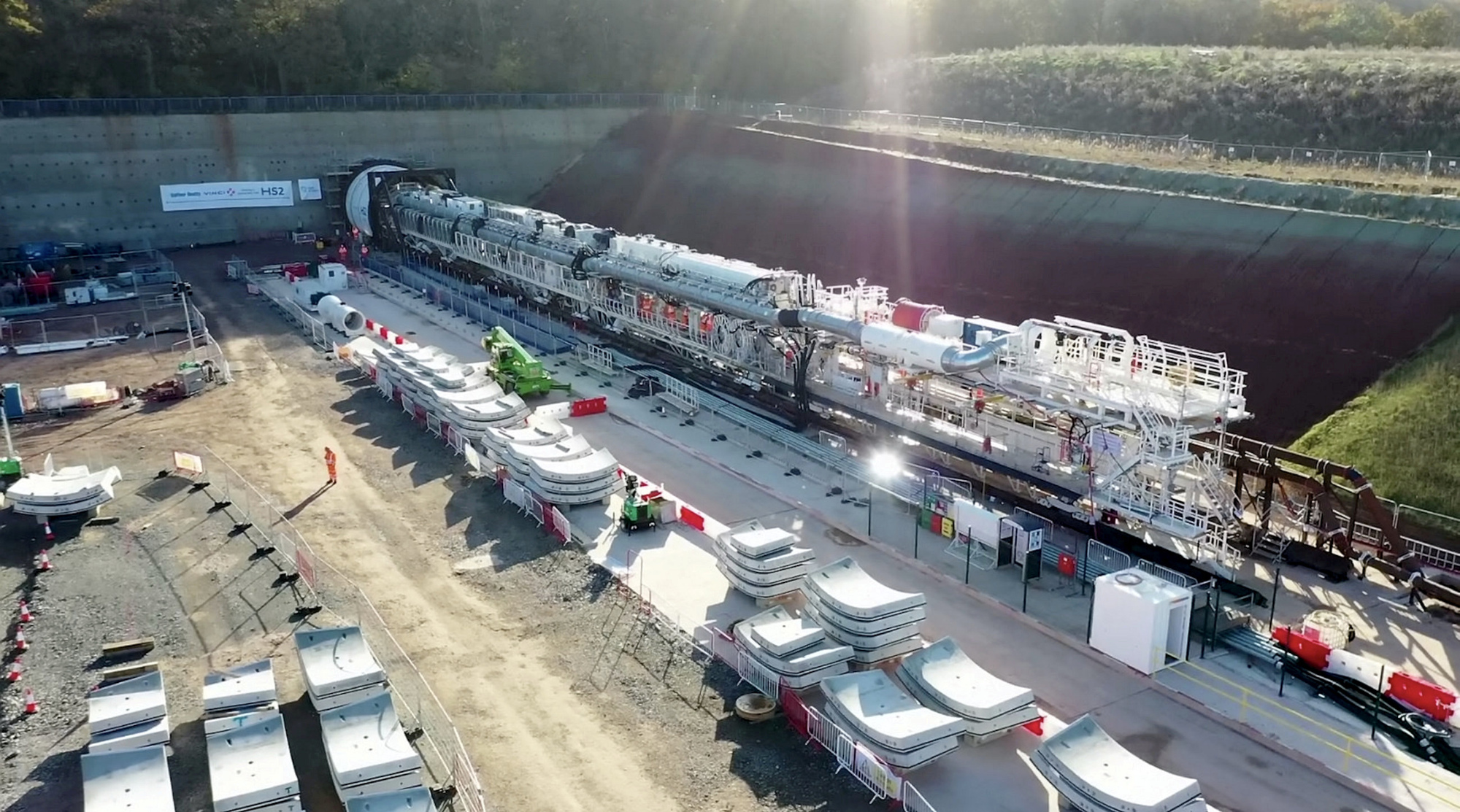 A huge tunneling machine called Dorothy digging underneath ancient woodland as the HS2 rail project goes full-speed ahead, on July 22, 2022. HS2 is the largest infrastructure project in Europe and is meant to connect northern cities with London and Europe. (HS2, SWNS/Zenger)

Dorothy, the 410-foot-long boring machine weighing 2,000 tons, is drilling under the countryside in Europe’s biggest ever infrastructure project.

Ten borers – named after Britain’s most celebrated scientists and engineers – will dig 64 miles of tunnel for the project, linking London to the Midlands.

Dorothy is named after Dorothy Hodgkin, who in 1964 became the first British woman to win the Nobel Prize in Chemistry.

The huge Tunnel Boring Machine (TBM) completed its one-mile dig under Long Itchington Wood in Warwickshire, in the U.K.

It started its journey at the tunnel’s North Portal last December and footage shows the moment it broke through the wall of the reception box at the South Portal on Friday, July 22.

The tunneling team have been working around the clock in shifts for seven months to operate the TBM, which has put 790 concrete rings in place to support the structure.

CEO Mark Thurston of HS2 Limited said: “This is a historic moment for the HS2 project.

“The 400-strong team, including tunneling engineers, TBM operators and the construction workers at both portal sites, have pulled out all the stops to achieve this fantastic milestone.

“This milestone demonstrates the significant momentum behind Britain’s new zero-carbon railway, creating thousands of jobs and apprenticeships, along with hundreds of opportunities for businesses right across the country, helping fuel our economic recovery.”

HS2 bosses claim the tunnel preserves the ancient woodland above, which is classified as a Site of Special Scientific Interest (SSSI).

HS2 Minister Trudy Harrison said: “This is, quite literally, a ground-breaking moment.

“As Dorothy paves the way for journeys between Birmingham and London, we continue to strive towards delivering a greener, faster and more direct transport network.”

The machine is removing around 274,000 cubic yards of mudstone and soil, which is being transported to a slurry treatment plant via an 833-foot-long conveyor belt.

The material is separated out before being reused on embankments and landscaping along the route.

Over the next four months, the cutter head and front section of Dorothy will be dismantled and transferred back to the north portal, while the bulk of the machine will be brought back through the tunnel.

It will be reassembled, ready to launch for the second bore of the tunnel.

HS2 is the largest infrastructure project in Europe and is meant to connect northern cities with London and Europe.

HS2 trains will reach a top speed of 250 miles per hour, connecting Manchester to London in just over an hour and was been branded a “game changer” by ministers because many services are “full to overflowing.”

Plans were passed by Parliament in February 2017, and work on the first phase, from London to Birmingham, was due to begin in late 2019 but was delayed due to the coronavirus pandemic.