The Truth About Eating Ice Cream In The Summertime

According to Luhovyy, the most important takeaway from the FDA’s regulation is that ice cream must contain at least 10% milkfat. 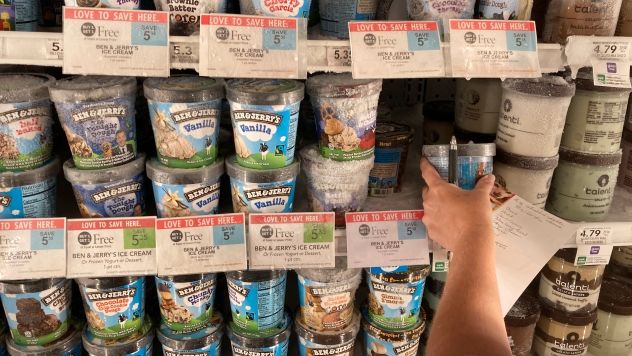 In 1984, President Ronald Reagan declared the third Sunday of each July to be “National Ice Cream Day,” and it doesn’t seem like a coincidence that he picked a date in the middle of the hottest month in the United States, climatologically speaking, to commemorate a treat enjoyed by more than 90% of the United States’ population.

Whether the ice cream truck jingle has children running outside or a local ice cream spot has a line wrapped around the building, it’s clear that ice cream has found a special place in many Americans’ hearts — especially during summer.

However, according to Applied Human Nutrition professor and food researcher at Mount Saint Vincent University, Dr. Bohdan Luhovyy, ice cream doesn’t have the cooling effects many people think it does. And he said it’s all about the ingredients.

As outlined in the Food and Drug Administration (FDA) regulations, for the beloved frozen treat to be classified as ice cream, the product must contain at least 10% dairy milkfat, have no more than 100% overrun, the amount of air whipped into the ice cream base, and weigh no less than 4.5 pounds per gallon. The more air churned into the base of the ice cream, the lighter and fluffier the final product’s texture is.

According to Luhovyy, the most important takeaway from the FDA’s regulation is that ice cream must contain at least 10% milkfat.

“When fat is broken down in the body, it releases a significant amount of heat. This process is called diet-induced thermogenesis,” Luhovyy pointed out in a Mount Saint Vincent University newsletter three years ago. “Compared to other nutrients, fats have the highest energy and therefore have a potential to release heat in the body.

However, it’s not just ice cream that puts on a costume as a cooling treat. Iced coffee and beer have both been advertised as cooling beverages, but, according to Luhovyy, these drinks deplete fluid from the body.

“Despite feeling a cooling sensation in our mouths, these products make us urinate more frequently and we lose water as a result. If we have less water to sweat, then we will not feel as cool,” Luhovyy explained in the Mount Saint Vincent University newsletter.

Although sweat might seem like a nuisance, its main function is to control the body’s temperature. As the sweat evaporates into the atmosphere, the skin’s surface cools through a process called evaporative cooling. The more sweat a body produces, the cooler the body will be.

When people are dehydrated or the water in their bodies is depleted from beverages like ice coffee or beer, they struggle to produce sweat. This results in the body being unable to regulate and control its temperature.

GET THE FREE ACCUWEATHER APP

• Have the app? Unlock AccuWeather Alerts™ with Premium+

But if not ice cream or a refreshing sip of iced coffee, what should people consume to beat the heat in the summer?

Even though it might sound torturous, consuming hot foods and drinks in the summer will help regulate body temperature, Anika Rouf, an accredited practicing dietitian and spokesperson for the Dietitians Association of Australia, explained in a Special Broadcasting Service (SBS) article.

“Hot drinks or soups make your core temperature rise,” Rouf says. “As a result, your body will want to cool down, so you’ll end up sweating more and lose heat through your skin.”

For those looking for something refreshing that doesn’t have a high temperature, Luhovyy suggests consuming vegetables with a high water content, like cucumbers. He also suggests adding herbs that have a cooling effect on the body, like mint, to drinks.

“Fresh mint is sold in many grocery stores, and you can easily make a drink with mint and lime or lemon using cold spring or carbonated water,” Luhovyy said. “Again, it’s important not to add sugar to avoid the extra energy and heat produced by sugar breakdown.”

Of course, no matter what recommendations Luhovyy makes, ice cream is likely to maintain its place among the hallmark desserts of summertime in the U.S., which will keep ice cream truck drivers, like Eric Stoner of State College, Pennsylvania, busy.

Stoner told AccuWeather “there’s never a bad time for an ice cream treat,” adding that “an ice cream truck is an experience” that goes beyond merely buying ice cream.

And though there’s never a bad time for ice cream, as Stoner put it, he noted that there are times that are better than others for ice cream sales, and the weather often plays a pivotal role.

“The perfect temperature to sell ice cream is between 65 and 80 degrees,” Stoner, who operates a Classic Cones ice cream truck, said. “It is the temperature that brings people out of their house to enjoy the fresh air.”

Not surprisingly, as temperatures drop, so does the public’s interest in buying the dessert from an ice cream truck. “Our rule in the beginning of spring or toward the end of fall is if the temperature drops below 50 degrees, we don’t attempt to sell.”

Similarly, and perhaps surprisingly, weather that’s too hot can impact ice cream sales and steer consumers toward other types of treats. “Once the temperature hits 90 degrees, or it’s very humid, that people don’t come outside” as much, he said.

“Especially in the heart of the summer, we see an increase in items like water, ice and snow cones,” Stoner continued. “But people always have their favorites and are loyal to their favorite treat.”

Want next-level safety, ad-free? Unlock advanced, hyperlocal severe weather alerts when you subscribe to Premium+ on the AccuWeather app.AccuWeather Alerts™ are prompted by our expert meteorologists, who monitor and analyze dangerous weather risks 24/7 to keep you and your family safer.