Now after 22 years, the plane could be just a few months away from finally leaving the ground. 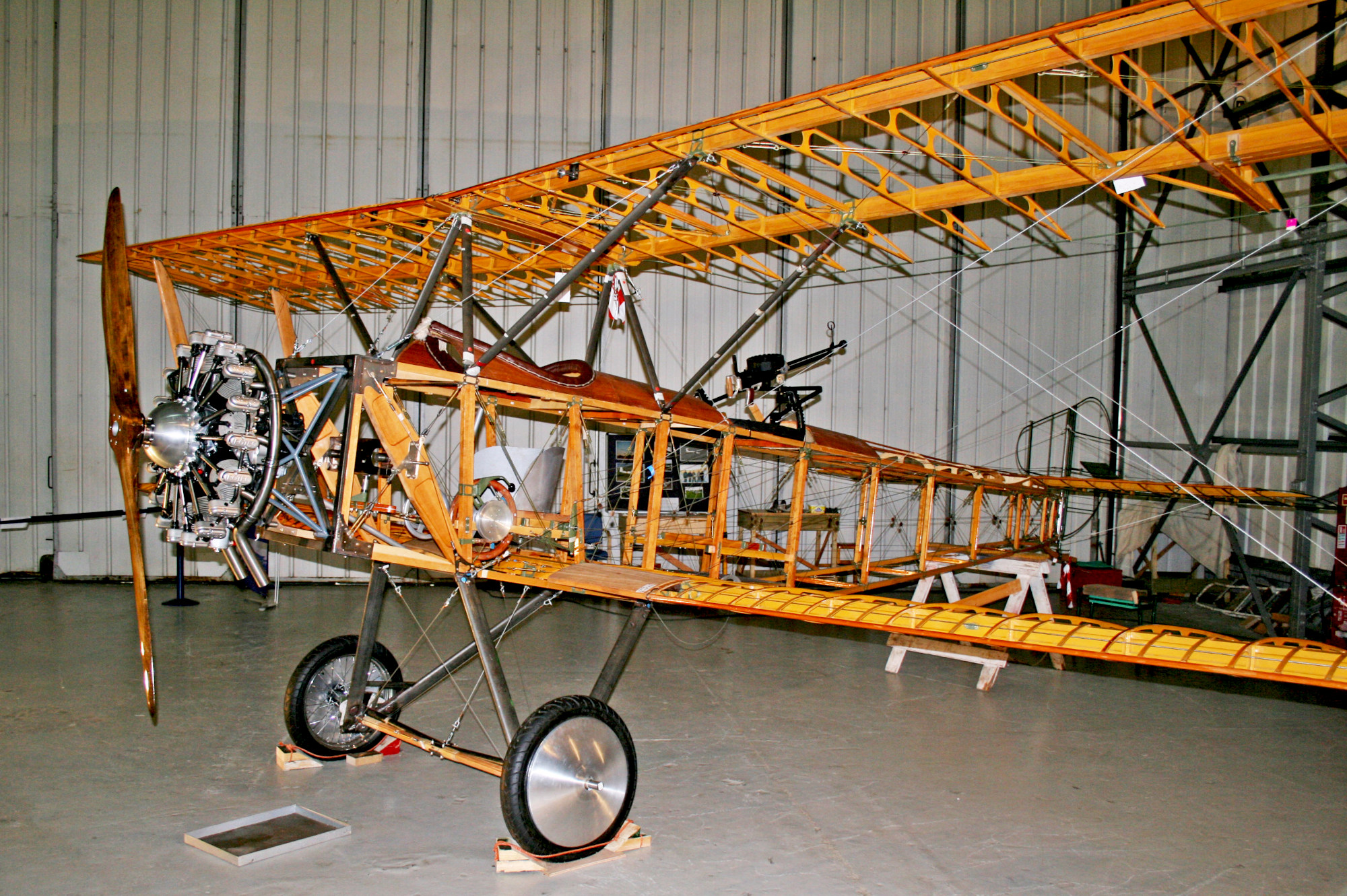 The Sopwith 1 1/2 Strutter before completion in an undated photograph. A group of 60 volunteers has been working on the airplane for over 20 years. (Simon Galloway, SWNS/Zenger)

A team of volunteers has completed the construction of a World War I biplane after more than 20 years – and they are now preparing to fly it.

The Sopwith 1 1/2 Strutter was built from scratch by the Aviation Preservation Society of Scotland, in the United Kingdom.

The group is made up of 60 members, with around 20 who have been getting together every week at a farm near the Scottish seaside town of North Berwick, in the U.K., to work on the plane.

Now after 22 years, the plane could be just a few months away from finally leaving the ground.

The plane was the first British two-seat aircraft to enter service with a synchronized machine gun, allowing the pilot to aim the plane rather than the gun at the enemy.

It first came into service in 1915 and was instrumental in the war effort as a reconnaissance aircraft.

The Aviation Preservation Society of Scotland (APSS) chairman, Mike Harper, 63, who has been with the group for eight years, said he is delighted to see the plane come together and hopes to see it in the air in about three months.

And he said the group already has plans to build another WWI aircraft.

Harper, a semi-retired electrical engineer, said: “We have about 60 members, but we have around 15 to 20 members that are regulars coming in and doing work.

“We’re absolutely delighted to see it come together, but there’s a feeling of caution, like anything to do with aviation.

“The anticipation of getting it in the air is fantastic.

“The guys are very supportive of each other.

“It’s been a long-term project, but it would have taken a lot less time if we were just building a replica to display, but we’re building something that will actually fly.

“A number of these guys were retirees that started the project 20 years ago and are no longer with us, so we’re going to fly it for them.

“There’ll be a plaque in the cockpit remembering everyone and all their hard work.

“Obviously we had the original Strutter plans and we knew exactly what we needed in order make it, but a lot of the parts just didn’t exist.

“It’s a wooden construction and it’s specifically slow-grown wood, pulled together by wire with metal brackets.

“It all had to be made because you just don’t go and buy it.

“So the guys had to re-learn certain skills to make this.

“There was just so much effort that went into it.

“We’ve come a long way in the last year.

“It’s hard to name a date, but I’d like to think that in the next two to three months we can get this aircraft in the air, providing we don’t hit any major snags.

“There’s another project waiting in the wings, so to speak.

“We’re going to build a Sopwith Pup, which was the next aircraft to come along after the Strutter.

“There’ll be people out there who don’t know anything about aircraft, but can offer other skills to help, like accounting, spreadsheets, promoting things, people who can go out and do talks and organize events.

“We’re seen as a men’s shed, but we’re not restricting us to that.

“We’re open to anyone.

“Our focus isn’t just on a bunch of old guys building an airplane, it’s about inspiring young people and developing their skills and interests.”