The footage was obtained from the Russian Ministry of Defense (MoD) on Monday, July 25. 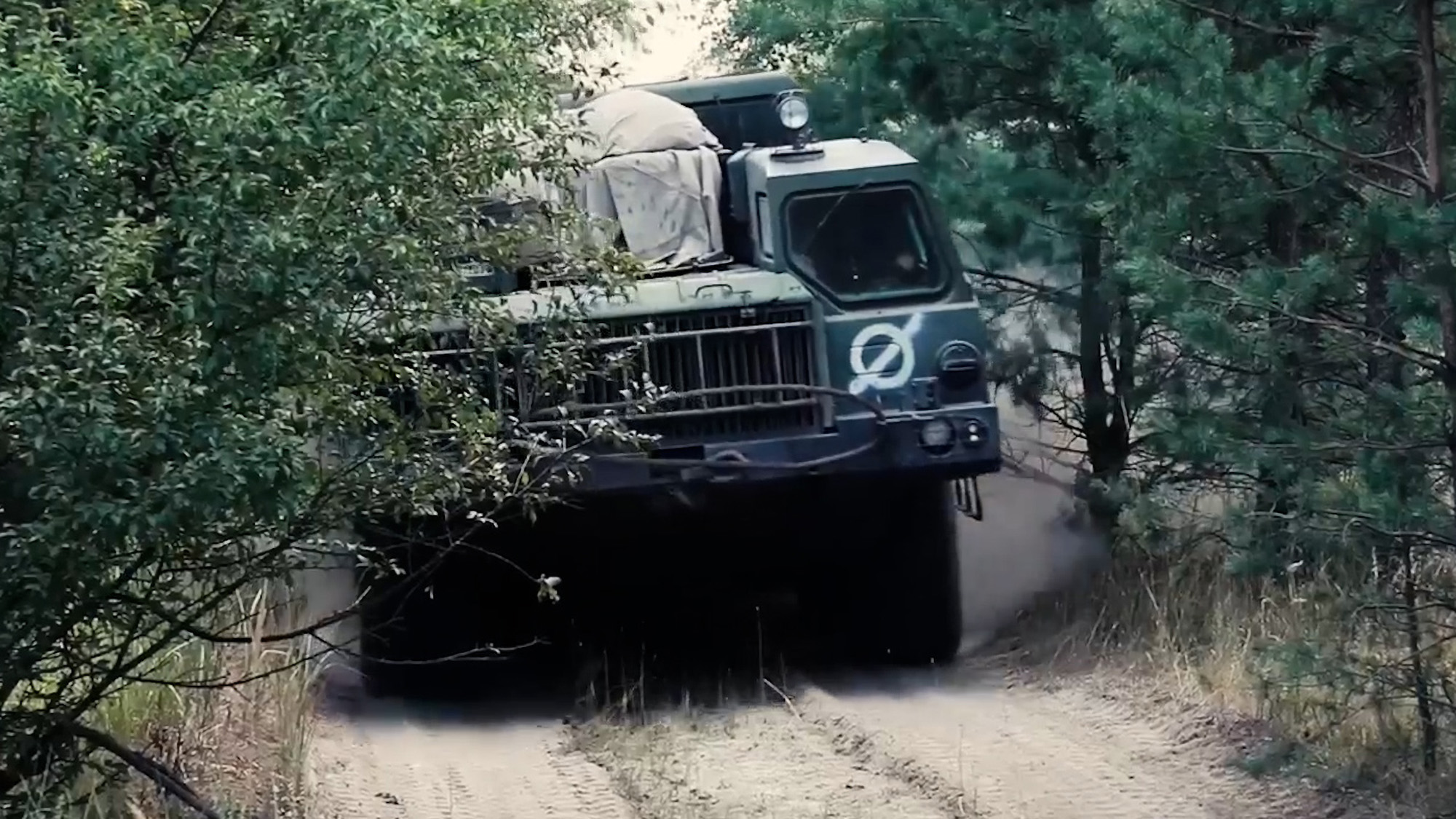 The crews of the Smerch MLRS combat vehicles moving to the firing positions in Ukraine in undated footage. (Ministry of Defense of Russia/Zenger)

The footage was obtained from the Russian Ministry of Defense (MoD) on Monday, July 25, along with a short statement claiming that the images show the “combat work of crews of Smerch multiple launch rocket systems of the Central Military District performing combat missions as part of a special military operation.”

The Russian MoD also claimed: “In the course of completing tasks, the crews of the Smerch MLRS combat vehicles marched to firing positions and, after transmitting coordinates from unmanned aircraft, launched a 300-mm rocket attack on the positions and field warehouse of Ukrainian nationalists.”

The BM-30 Smerch – ‘Tornado’ or ‘Whirlwind’ in Russian – is a heavy self-propelled multiple rocket launcher that was first designed in the Soviet Union.