The cops also explained that last year alone, they had seized nearly 900 vehicles from crooks. 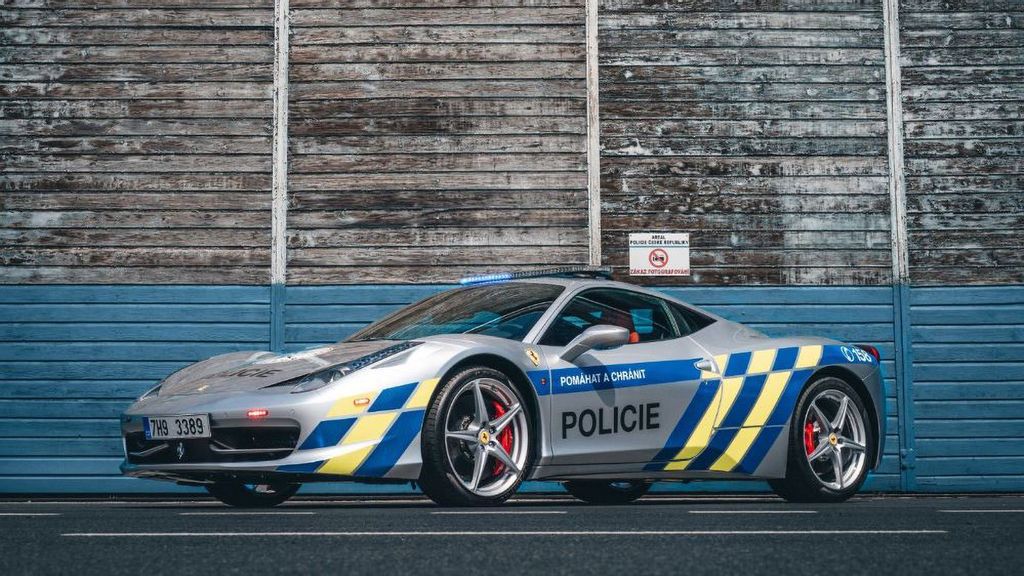 A Ferrari F 142 - 458 Italia, used by the Police of the Czech Republic, started service on July, 22, 2022. It will be deployed against the most aggressive drivers on Czech highways, chasing stolen vehicles or during surveillance. (@PolicieCR/Zenger)

This Ferrari 458 Italia that Czech cops confiscated from crooks has been repurposed and is now joining the force to help officers chase down criminals.

The Ferrari 458 Italia (Type F142) can reach speeds of 326 kilometers per hour (202 miles per hour), according to the Czech police, who also released this impressive footage showing the supercar with its new police colors.

The mechanical marvel has flashing police lights on its roof and “Police” on its bonnet and doors, as the footage shows.

In a statement, the police said: “It used to serve criminals, now it will protect Czech roads. What are we talking about? Today, a new special in the colors of the Police of the Czech Republic – Ferrari F 142 – 458 Italia – begins its service. The vehicle will be deployed against the most aggressive drivers on Czech highways, when chasing stolen vehicles or during surveillance at the locations of reported tuning events.”

The cops explained that the vehicle had cost them less the cost of a new Skoda. They said: “This vehicle is one of many that are seized as criminal property each year.

“Thanks to the excellent work of our criminal investigators, this vehicle cost us less than the purchase of, for example, a new Skoda Scala car, i.e. a little over 300,000 Czech koruna [$12,440]. These were the costs associated with its ‘reconstruction’ and modification for the needs of the traffic police service.”

The Deputy Chief of Police for the Criminal Police and Investigation Service (SKPV), Tomás Kubik, said: “If I were to mention one of the activities in which we significantly succeed in using legal authorizations, I must mention the securing of assets originating from criminal activities.

“Last year alone, we secured assets worth almost 7 billion Czech koruna [$290 million] in this way, and I am personally convinced that we will be similarly effective in the future”.

The cops also explained that last year alone, they had seized nearly 900 vehicles from crooks, “the vast majority of which are subsequently sold and the proceeds are used to cover the damage caused by the offender.”

But they also said that they “keep some vehicles for official duties”. They added: “We have hundreds of confiscated vehicles that came from criminal activity and are used to combat serious criminal activity throughout the Czech Republic. However, these are often not luxurious cars such as Ferraris.”

The police said that they plan to use the new vehicle – which they said only has 2,000 kilometers (less than 1,250 miles) on the clock – to chase down criminals across the country and even abroad, if needs be. They said: “The vehicle will be used in a nationwide unit and we are counting on its deployment against the most aggressive pirates of Czech roads.

“We can also use its potential when chasing stolen vehicles that pass through our territory to neighboring countries.”

The cops said that “similar vehicles are also used by foreign security forces in Italy, Germany or Great Britain. The vehicle will be used by the Special Surveillance Department of the Czech Republic with nationwide jurisdiction and driven only by specially trained police officers.”

The police did not go into details about how the car was acquired, nor did they elaborate on its previous owner.