38 percent have never spoken to their kids about the threat posed by fraud when gaming online. 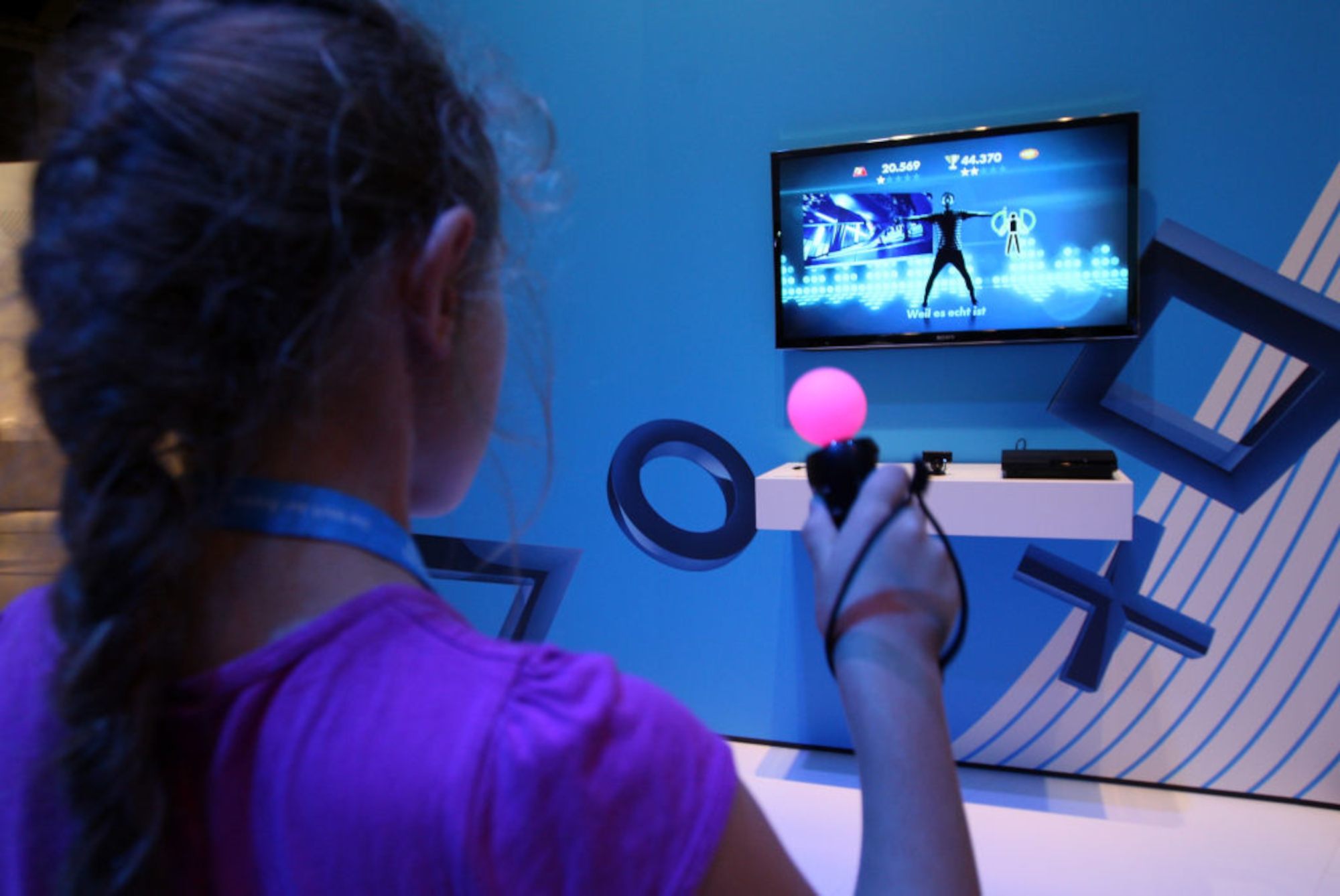 A girl plays a dancing game on a Playstation 3 (PS3) video console on August 31, 2012 in Berlin, Germany. (Photo by Adam Berry/Getty Images)

A third of parents fear it’s ‘only a matter of time’ until their children fall victim to ‘gamer fraud,’ new research shows

A study of 1,000 moms and dads of kids aged 6 to 15, has found that 31 percent feel powerless to protect them – with 36 percent anxious their own finances are at risk.

However, 38 percent have never spoken to their kids about the threat posed by fraud when gaming online.

And this is despite 55 percent of parents giving their children access to their credit or debit accounts.

Following the findings, Lloyds Bank, which commissioned the study, has teamed up with gaming industry body, Ukie, to produce guidance and an interactive quiz to see how much parents are aware of when it comes to protecting their children online.

The Ukie is the Association for UK Interactive Entertainment, a non-profit trade association for the video game industry in the United Kingdom.

Mother-of-three and former Blue Peter presenter, Helen Skelton, is backing the campaign urging moms and dads to talk to their kids about gaming fraud and set up parental controls on devices which can limit in-game chat or spending.

She said: “For a lot of children, gaming is playground currency, especially to kids with older siblings.

“Mine are no different to other kids and my eldest in particular is showing a growing interest in online games and activities.

“I am a self-confessed technophobe so, like a lot of parents, I am nervous about the world beyond the screen I know nothing about.

“That’s why it’s important to me to try and put protections and safeguards in place so I know they can at times play safely online like their peers.”

The study also found that one in 10 of those polled said their kids have already been victims of this type of crime – with identity fraud the most common, followed by hacking, phishing, and grooming.

But 77 percent let their kids play video games without any adult supervision at all, while 25 percent don’t use any security measures to help prevent their children becoming victims.

It also emerged that 38 percent of parents aren’t able to ‘confidently explain’ what gaming fraud is – and 13 percent have never heard of it.

While 25 percent ‘lack knowledge’ on how to protect their kids from gamer fraud.

Liz Ziegler, retail fraud and financial crime director at Lloyds Bank, said: “Sadly, gaming fraudsters do not discriminate and all too often children can become victims of online gaming scams.

“We want to help bring parents into the world of online gaming to help them understand the types of fraud taking place within games and where the highest points of risks are.

“Parental awareness and education is the first step in helping to prevent gaming fraud among children.

“Our dedicated quiz will allow parents to test their knowledge on the issue and learn more about the risks before having those critical conversations with their children.”

The study, conducted via OnePoll, found 56 percent of children aged six-10 play video games between six and 20 hours each week.

And they most commonly start playing video games between the ages four and six.

“They play a role in creating connectedness, reducing anxiety, and promoting relaxation.

“However, it’s important parents are involved in this area of their life and encourage open conversations about online strangers and spending.

“Having conversations about fraudsters and setting up appropriate parental controls ensures that your child’s gaming stays positive and healthy.”