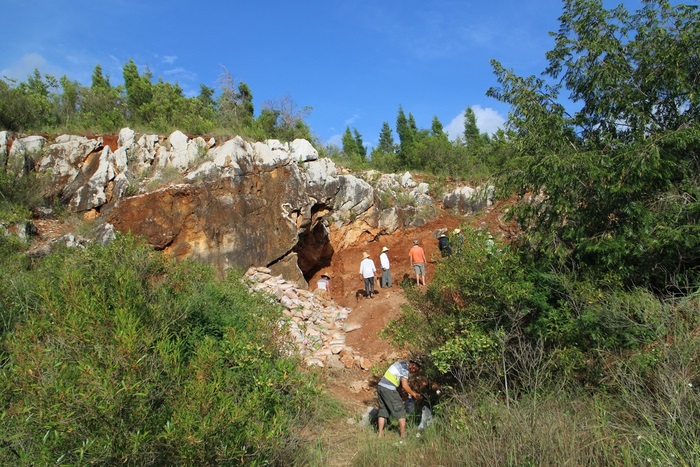 Chinese scientists have successfully sequenced ancient human DNA dating back some 14,000 years, hinting at their potential links with Asian peoples who crossed over to the Americas at the end of the last continental glaciation.

Data published in the journal Current Biology suggests that a fossil hominin belonged to an extinct maternal branch of modern humans that might have contributed to the origin of Native Americans.

“It tells us quite definitively that the Red Deer Cave people were modern humans instead of an archaic species, such as Neanderthals or Denisovans, despite their unusual morphological features.”

Zenger News contacted co-author Ji Xueping for additional comment and he said: “The bones were fossilized but still contain a little ancient DNA which we extracted with special technology and studied it. From the analysis, we found it more similar to Native Americans.”

The lead researcher at the GeneSCAPE lab at the University of Chicago, Maanasa Raghavan, told Zenger News: “This study is a breakthrough for our understanding of the formation of the ancestral Native American gene pool and leaves us with a first-ever view of the major genetic ancestries that contributed to Native Americans.

“Future ancient DNA studies from this (southern East Asia) region and time period may be able to further clarify genetic relationships and admixture in East Asia and, similar to this study, have huge implications for tracing early populations movements from East Asia into the Americas.”

According to the authors of the new study, archaeologists discovered a set of fossils about three decades ago at Red Deer Cave in China’s Yunnan Province.

They determined with carbon dating that the fossils dated to the late Pleistocene Age of 14,000 years ago as continental glaciers receded in the northern hemisphere.

At that time, modern humans were migrating in many parts of the world, including the Americas.

At Red Deer Cave, anthropologists identified a hominin skull cap with characteristics of both modern and archaic humans.

The study found that the skull resembled that of Neanderthals, while the brain may have been smaller than that of modern humans.

It was therefore that anthropologists had thought the skull belonged to an unknown archaic human species that lived until fairly recently or to a hybrid population of archaic and modern humans.

Co-authors Xueping Ji and Bing Su extracted ancient DNA from the skull in 2018, while they determined with genomic sequencing shows that the hominin belonged to an extinct maternal lineage of a group of modern humans whose surviving descendants are now found in East Asia, Indo-China, and Southeast Asia islands.

Professor Milford Wolpoff of the University of Michigan, a paleoanthropologist, said in an email that study co-author Bing Su is “well-known and respected.”

Wolpoff wrote: “Let me put it this way, no dino DNA yet but it may not be impossible to reconstruct since chickens are dinosaurs.

“The oldest human DNA I know is from Atapuerca, in Spain, 630,000 years ago. A 14,000-year-old sample is certainly possible and credible, but of course the devil is in the details.”

Regarding linkages between the Red Deer Cave fossils and modern Americans, Wolpoff noted:

“It tells us when modern people were there, but this is far from the easiest modern remains.”

Wolpoff added that he believes the earliest definitive modern human dates back to the Neanderthal age 105,000 to 125,000 years ago and is from Lingjing in central China.

“The greater diversity in South China, compared to the north, is because many more people lived there. But migration to and from Asia began much earlier, and remember, wherever people went, they mixed.”

“Ancient Americans came from East Asia (no surprise, it’s the closest inhabited place), many times, so there is no news here. But confirmation of what is known is good,” he wrote.

The authors of the new study compared the fossil genome to people from around the world, finding that the bones were linked deeply to the East Asian ancestry of Native Americans.

Furthermore, the team underscored previous theories that ancient people from southern East Asia traveled along the coastlines of China and Japan before crossing over to the New World.

The finding also shows that during the Late Pleistocene, early hominins settled first in southern Asia before moving north, while also concluding that they were distinctively in their genetics and physical characteristics.

Co-author Su said: “Such data will not only help us paint a more complete picture of how our ancestors migrated but also contain important information about how humans change their physical appearance by adapting to local environments over time, such as the variations in skin color in response to changes in sunlight exposure.”

Paleontologist Michael Foote of the University of Chicago wrote in an email that DNA “…extraction and analysis methods have improved markedly over the past 20 years or so, and ancient samples (older than those you mention) have been successfully analyzed.”