The bacteria, which lives in environments scarce with oxygen such as the deep sea, was initially discovered in Lake Kivu in 1981. 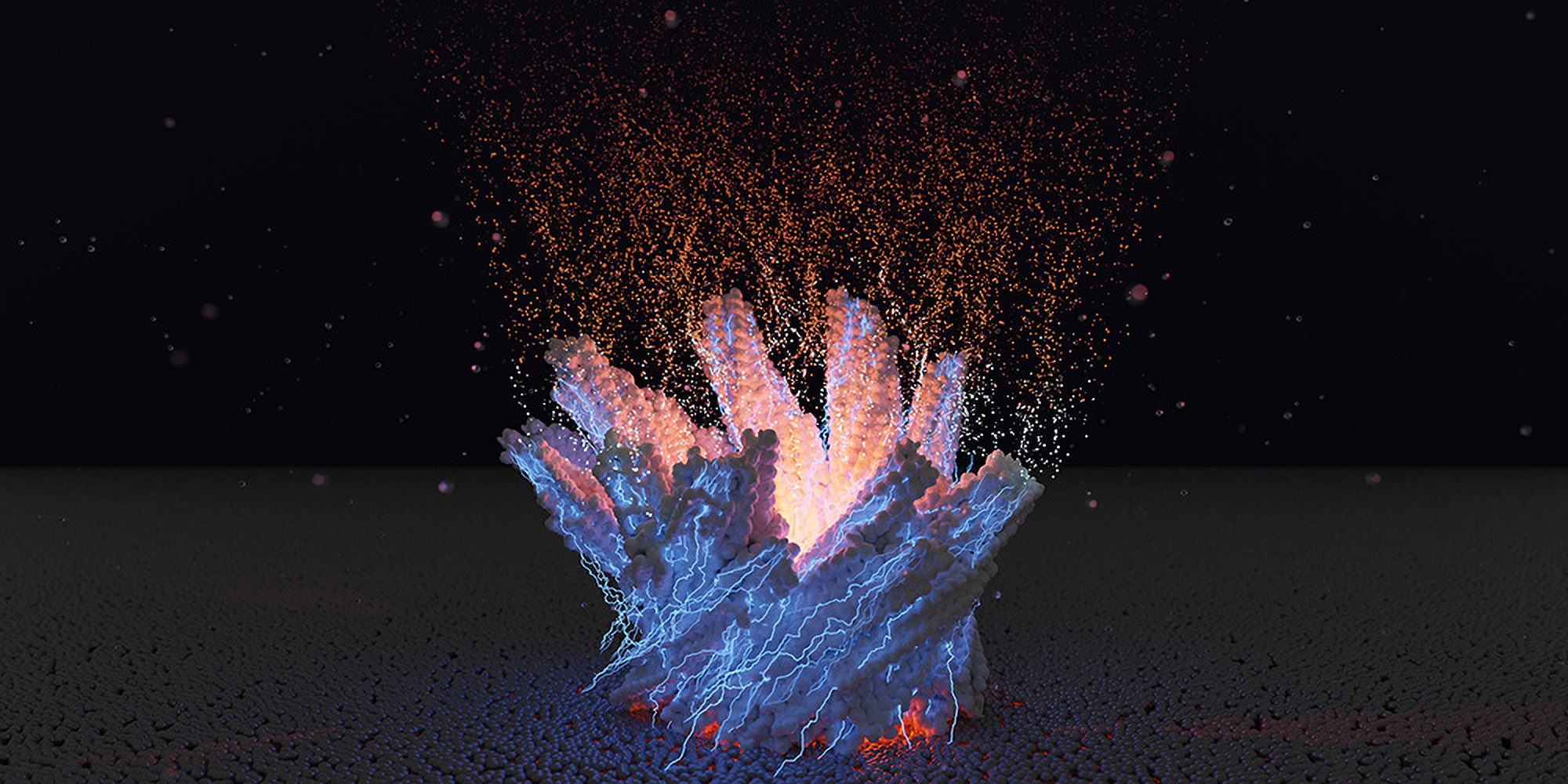 The filaments of the enzyme HDCR, which produces formic acid from gaseous hydrogen (H2) and carbon dioxide (CO2), are wound around each other like a plait. Undated photo. (Verena Resch, luminous-lab.com/Zenger)

An international team of scientists has discovered a new way of high-speed storage of carbon dioxide in a bacterial enzyme that could eventually help fight climate change.

The accumulation of carbon dioxide in the atmosphere has led to a steadily worsening of the climate crisis, which has, in turn, urged scientists to step up the search for solutions on how to store it.

Now according to an international team’s research, an enzyme found in heat-loving bacteria named Thermoanaerobacter kivui could lead to new ways of depositing excessive carbon dioxide.

The bacteria, which lives in environments scarce with oxygen such as the deep sea, was initially discovered in Lake Kivu in Central Africa in 1981.

The team led by Dr. Ben Engel at the Biozentrum of the University of Basel in Switzerland along with colleagues from the Universities of Frankfurt and Marburg in Germany highlighted that the enzyme, known as HDCR, produces formic acid from gaseous hydrogen and carbon dioxide.

In addition, it then removes carbon dioxide from the environment and stores it in the cell, while transferring electrons from hydrogen to carbon dioxide.

This, as stated by the Swiss university, is the first known enzyme capable of directly using hydrogen as an electron source for carbon dioxide storage.

After elucidating the HDCR structure, the researchers reported that the enzyme is composed of long filaments which serve as electron-conducting nanowires and control conversion efficiency of the two gases.

One of the first authors of the study from the University of Basel’s Biozentrum Dr. Ricardo Righetto added: “It is the structure of the enzyme that makes high-speed CO2 storage possible.”

To understand how the enzyme works, the scientists first imaged filaments purified in the lab that helped them determine its atomic structure.

The university added: “This made details of the filaments visible, revealing how the ‘nanowire’ contains thousands of electron-conducting clusters of iron and sulfur atoms, which allow electrons to be efficiently passed from hydrogen to carbon dioxide.

“The scientists believe that the ‘nanowire’ can also store the electrons from hydrogen when even just one hydrogen bubble passes by the bacteria.”

After performing tomography of frozen cellular sections to image native HDCR structures inside the bacterial cells, the filaments began twisting around themselves several times like a metal cable.

Righetto said: “We were really surprised to not only confirm the occurrence of HDCR filaments in the cells but to find they form large bundles attached to the membrane.

“These super-structures look like circular ‘portals’ on the membrane. This arrangement might be important to increase the efficiency of the enzyme for the bacteria to obtain energy under such extreme conditions.”

Engel added: “The HDCR structure shows us a new way to efficiently store CO2 by using hydrogen as an energy source.

“This could turn out to be very useful for future biotechnology applications.

“At the same time, our study demonstrates the value of fundamental scientific research that explores the biology of diverse organisms.

“Nature is full of amazing surprises!”

The study was published in the London-based weekly scientific journal “Nature” on July 20.