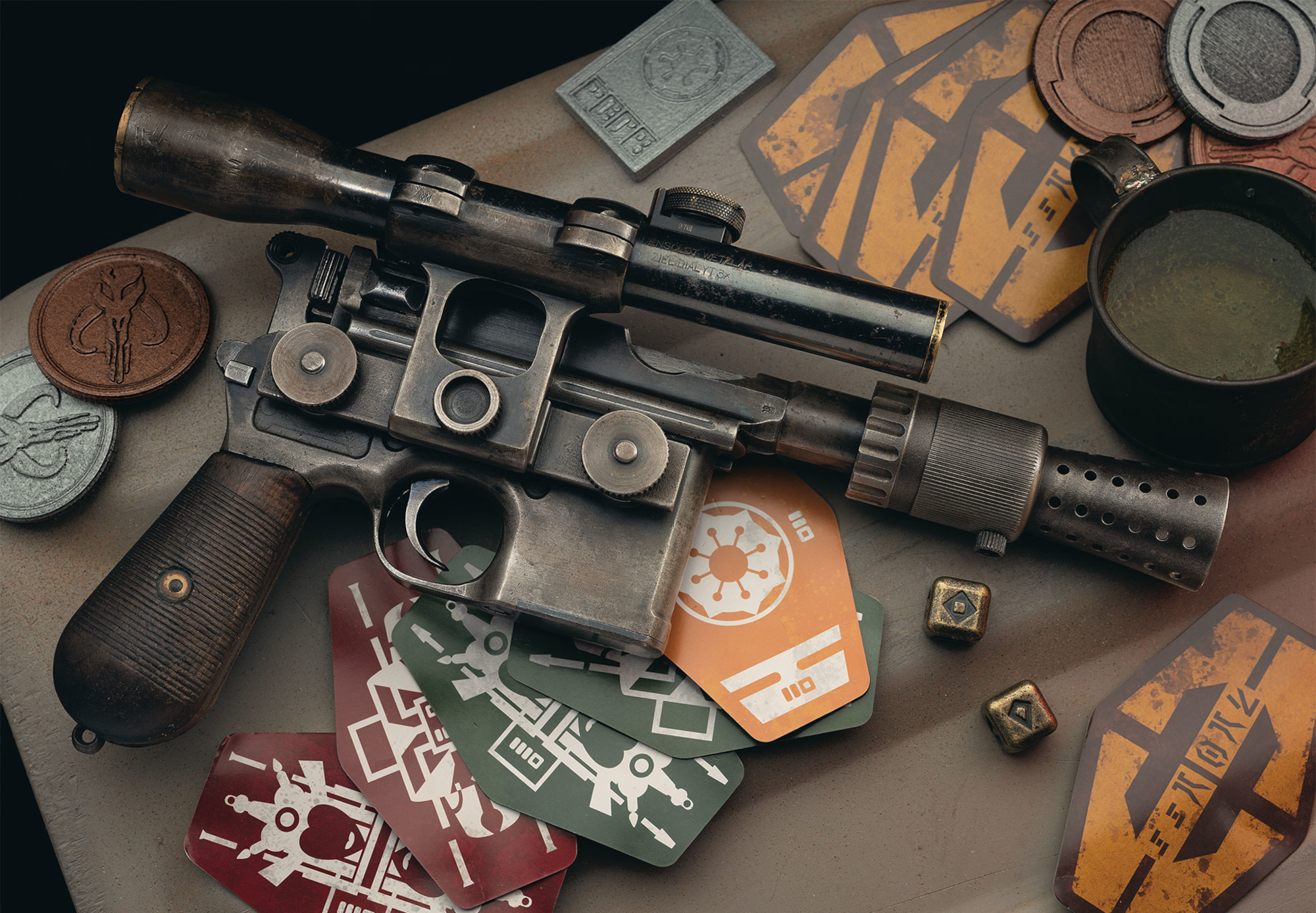 The original blaster used in the first Star Wars film could break memorabilia auction records when it goes under the hammer later this year.

Illinois firm Rock Island Auction Company are set to host the sale of the ‘BlasTech DL-44 Heavy Blaster’ during their August 26-28 event.

Star Wars fans refer to Han Solo’s blaster, one of the most recognizable weapons in movie history, as the “Hero” prop from ‘Star Wars: A New Hope’.

The Blaster was used to spring Solo out of several scrapes and can be seen prominently strapped to his thigh at the film’s triumphant conclusion.

Han Solo’s blaster was previously considered missing and presumed lost forever, requiring new prop blasters to be built for sequels ‘The Empire Strikes Back’ and ‘Return of the Jedi’.

The current offering by Rock Island Auction Company is the sole surviving blaster prop remaining of the three used for filming the original trilogy.

Originally Han Solo’s blaster was a Mauser C96 broom handle pistol that served as a prop in previous movies, such as the 1968 film ‘Naked Runner,’ where it was used by Frank Sinatra playing an assassin.

Roger Christian, set decorator for ‘A New Hope,’ told Esquire magazine that he wanted Han Solo’s blaster to look like a western gun.

The Mauser was modified with a World War II-era scope and the muzzle from an airplane-mounted machine gun, along with a few other modifications.

The blaster comprised of military surplus parts would go on to serve as the prototype for those carried by Solo throughout the first three Star Wars films produced.