The images were obtained on the morning of Tuesday, July 26, from the Mykolaiv governor, Vitaliy Kim. 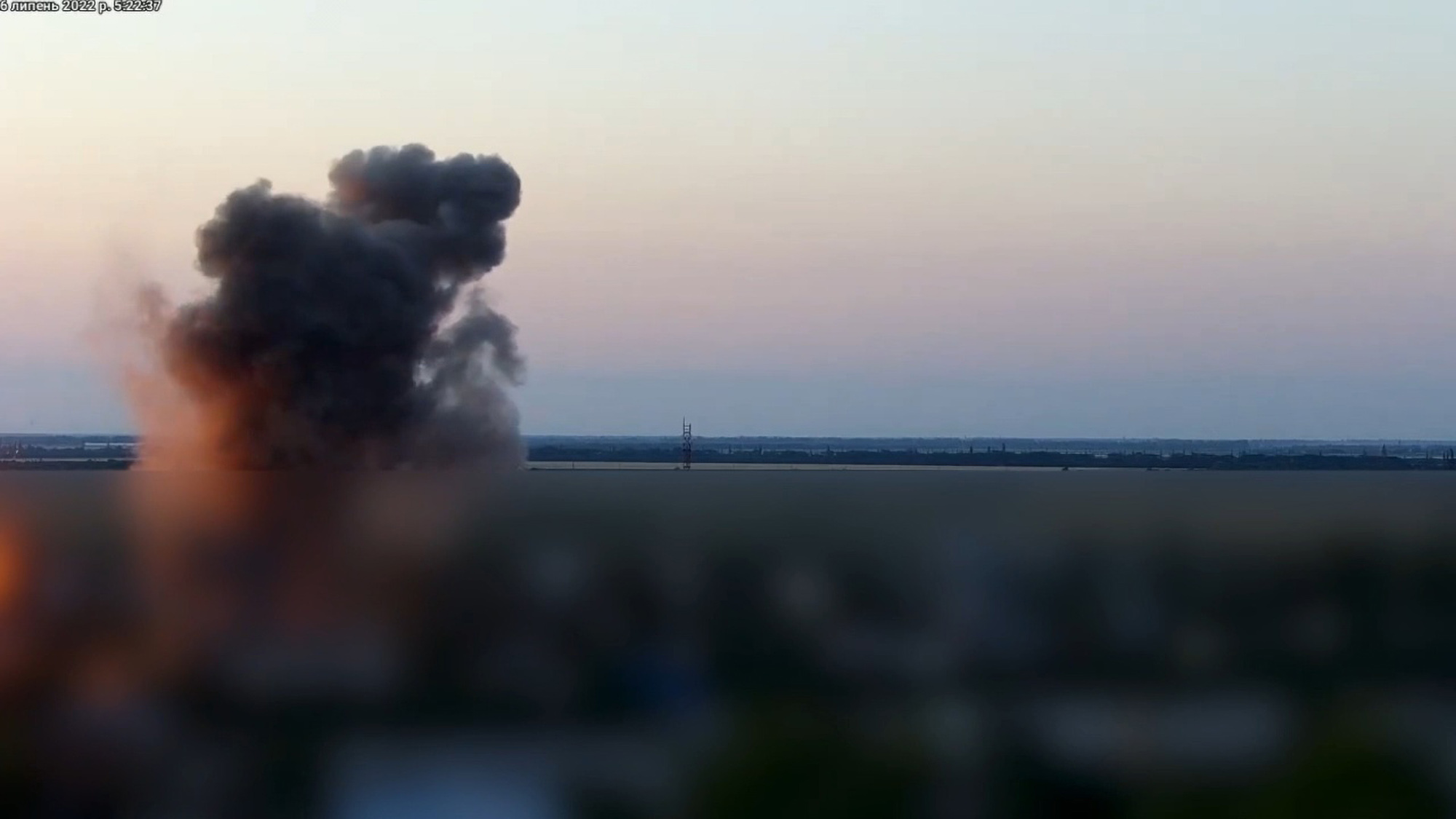 Russian missile hits an infrastructure facility in Mykolaiv in southern Ukraine, on Tuesday, July 26, 2022. As a result of the shelling, infrastructure and a motor vehicle enterprise were damaged, according to Mykolaiv regional governor Vitaliy Kim. (@mykolaivskaODA/Zenger)

These images reportedly show the moment Russian forces shelled the city of Mykolaiv this morning.

The images were obtained on the morning of Tuesday, July 26, from the Mykolaiv governor, Vitaliy Kim, who said that they show shelling this morning of the city of Mykolaiv.

Kim said: “On the morning of July 26, a massive rocket attack was carried out on Mykolaiv. According to preliminary information, a critical infrastructure object and a motor vehicle enterprise were damaged as a result of the fall of ammunition and their debris. No victims so far. Detailed information is being clarified.

“There are also air-launched missiles on the outskirts of the city. In addition, there was an attempt to damage the port infrastructure of the city.”

The images were also relayed by the Center for Strategic Communications and Information Security, which operates under the Ukrainian Ministry of Culture and Information. They said: “Kim showed the moment of the morning shelling of Mykolaiv.

“The head of the Mykolayiv OVA [region] published a video of the attack that the occupiers inflicted on the morning of July 26. Information about the scale of destruction and victims is still being clarified.”

The missiles were reportedly launched from bombers and the Center quoted Serhii Bratchuk, the head of the Public Council at the Odesa Regional State Administration, as saying that rescue operations were underway.

Oleksandr Sienkevich, the mayor of Mykolaiv, has confirmed that explosions occurred this morning in the city.

Zenger News contacted the Mykolaiv governor for further comment, as well as the Russian Ministry of Defense, but had not received a reply at the time of writing.