Armadillos In Chicago? This Southern Animal Is Migrating North

Armadillos have been traveling up rivers and streams to the Midwest in recent years. 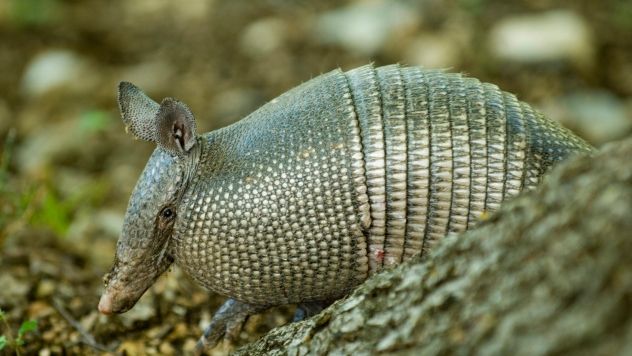 Armadillos are a common sight across the southern United States thanks in part to the warmer weather that attracts these animals to roam the area. But recently, these warm-weather creatures have started making a home for themselves in the Midwest — and during the colder parts of the year, too.

Historically, Nine-Banded Armadillos have thrived in the Southwest, with Texas hosting the largest population in the country, according to 101 Highland Lakes. But thousands of miles farther north, the armadillo is being spotted more frequently.

Armadillos have been traveling up rivers and streams to the Midwest in recent years, and thousands of them are being spotted year-round as far north as Nebraska, Iowa and Illinois.

“We’re puzzled because we were not expecting to find them this far north in the winter,” Dr. Agustin Jiménez, an associate professor of biological sciences at Southern Illinois University, told AccuWeather’s Emmy Victor.

A couple in Illinois sent a video to AccuWeather of an armadillo in their backyard over the winter, and just two weeks later another armadillo was sighted in Illinois. The exact reason these animals are migrating north is unclear, but several studies have pointed to climate change and warming winters.

“Usually, the winters that we would expect for this area, the temperatures, would actually have taken care of them. They wouldn’t survive. But they are surviving,” said Jiménez.

A study published in the Wiley Journal of Biogeography said armadillos could one day live as far north as Pennsylvania due to warmer winters.

“With warmer temperatures being found further north, armadillos could potentially be found in areas that were totally unexpected 20 years ago,” Colleen McDonough, an ecologist and armadillo expert at Georgia’s Valdosta State University, told National Geographic.

Jiménez’s students recently put a tracker on armadillos found in the southern parts of Illinois to monitor their movement to try to learn more about why they are migrating north. The results showed the armadillos are staying local, and even more could be spotted in southern Illinois.

Due to the southern portion of Illinois experiencing a more mild winter than other parts of the state, Jiménez said he doesn’t expect them to inhabit areas much farther north.

GET THE FREE ACCUWEATHER APP

“It could make it really hard for them to reach larva, the insects that they feed on. Right now, the winters and the conditions of the ground in southern Illinois make it easier for them to access some of these insects,” said Jiménez.

In February 2022, the Illinois Department of Natural Resources asked the public to report any sightings in the state. Within just 24 hours, over 400 reports were given — mostly from the southern part of the state, according to the Chicago Tribune.

But armadillos have been observed in central and even northern Illinois. In the summer of 2021, an armadillo was found dead behind a Kia dealership in Springfield, located in central Illinois. In the northern part of the state, two reports were received in Cook County, which is where Chicago is located. Two credible reports of armadillos in the past 30 years have come from this county.

Armadillos have also been spotted outside the Midwest, including Virginia and North Carolina, where officials are asking the public to report any sightings they may see in those states. By reporting sightings, it will help officials monitor and understand the animals’ new expanded territories.

Over the past century, armadillos have been steadily migrating farther north. These animals originally crossed the Rio Grande River in the 1850s then the Mississippi River in the 1930s. By the 1990s, Armadillos began making appearances in Tennessee, North Carolina and Virginia, according to National Geographic.

Want next-level safety, ad-free? Unlock advanced, hyperlocal severe weather alerts when you subscribe to Premium+ on the AccuWeather app. AccuWeather Alerts™ are prompted by our expert meteorologists who monitor and analyze dangerous weather risks 24/7 to keep you and your family safer.