The student said the child was covered in ants and the crowd of people around him were reluctant to get involved.
By Simona Kitanovska July 27, 2022
Facebook
Twitter
Linkedin
Email 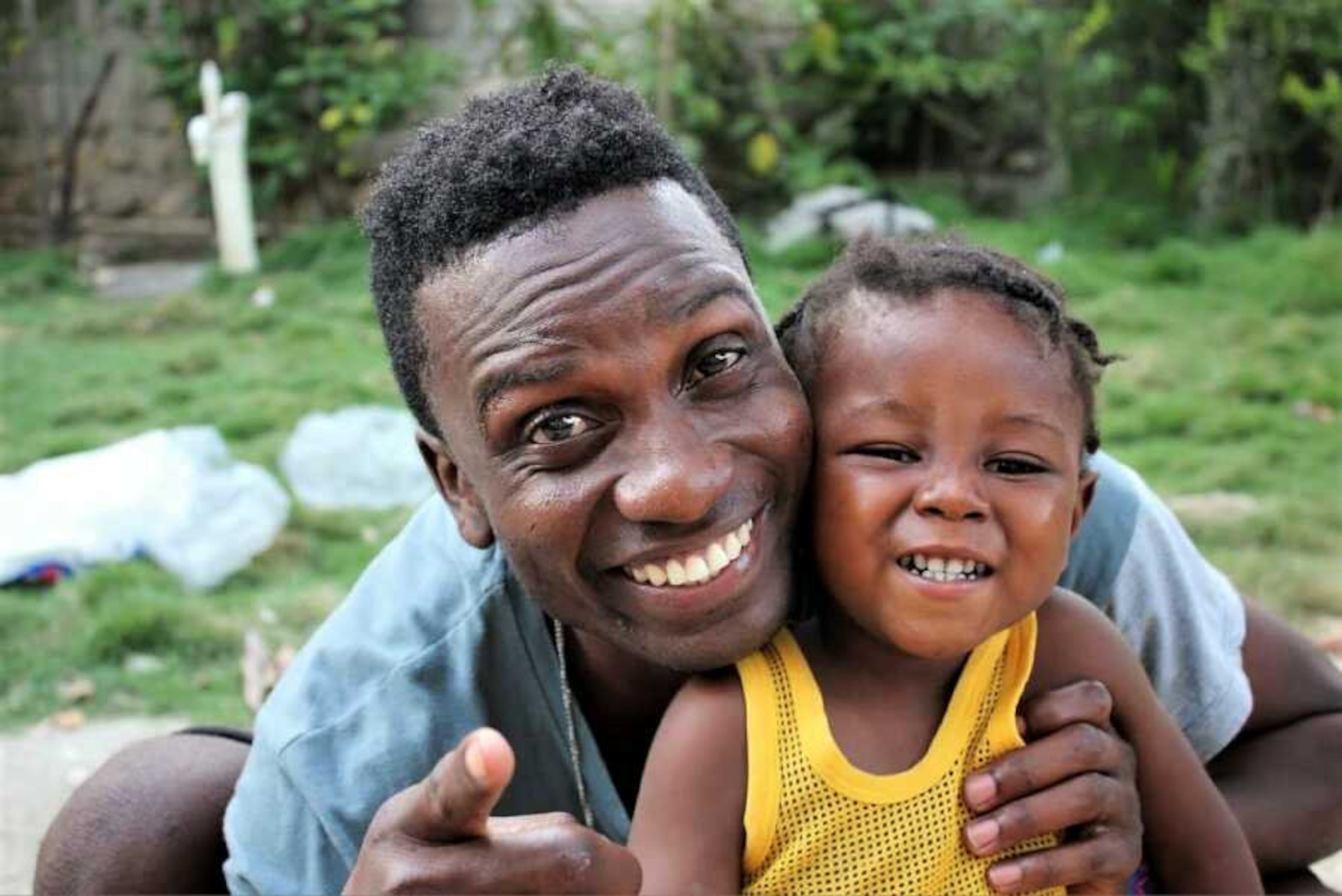 Jimmy Amisial and baby Emilio Angel Jeremiah pose for a picture (undated) in their home in the city of Gonaives, Haiti. Amisial saved baby Emilio in December, 2017 from a trashcan and is currently in the process of adopting him. (JimmyAmisial, SWNS/Zenger)

A man has taken in a baby he found – in a trash can.

Jimmy Amisial, now 27, was visiting his hometown in Haiti when he came across the screaming four-month-old baby boy.

The student, who lives in San Marcos, Texas, said the child was covered in ants and the crowd of people around him were reluctant to get involved.

Brave Jimmy scooped up the baby and took him home to his mother Elicie Jean, 66, where they washed, clothed and fed him milk, before taking him for medical help.

The police launched an investigation to find the boy’s parents, but they never were.

A judge asked Amisial, then 22, if he would like to become legal guardian to the baby – which Amisial called Emilio Angel Jeremiah.

Ever since, Amisial, who is studying at Texas State University, has been splitting his time between the U.S. and Gonaives, Haiti, where Emilio is being cared for by Elicie.

Now Amisial has applied to formally adopt Emilio, to officially become his dad.

Amisial, who is studying communication and electronic media, said: “When I found him, he was four months old – now he’s nearly five.

“It’s been an incredible journey and watching him grow up has been so rewarding – I’m very proud of him.

“I had to do what I had to do when no one else wanted to do it, and I’m so grateful for the past four and a half years.

“I truly do feel like a father, and I’m excited to put pen to paper and make Emilio my son – I just need to raise the money first.

“I’m glad I got the opportunity to transform his life from being abandoned in the trash to being a wonderful treasure.”

In December 2017, Amisial came home to visit his mom Elicie in Haiti during a study break from Texas State University.

Since he was a teenager, Amisial has helped out at the orphanage next to his home, and on this trip, he’d brought back presents for the children.

He was on his way to the orphanage when he came across a large group of people huddled around a trash can.

Amisial made his way to the front of the commotion, and, to his disbelief, there was a four-month-old baby inside.

No one knew how the baby ended up there, and to this day, no one knows who his birth parents are, Amisial said.

“When I woke up that day, I was totally unaware that my life was about to change forever,” Amisial said.

“People were crowding round this bin and I heard them arguing about what to do with this tiny baby.

“Everyone was just staring at him – not a single soul wanted to help.

“He was crying and had no clothes on and I could see the pain in his eyes – I had to do something.”

Amisial picked up the baby and took him home to Elicie.

She was shocked but was immediately willing to do everything she could to ease his pain and suffering.

Together, they washed, clothed and fed him milk, and took him to the doctors for a check-up, as he was covered in ant bites from the trash.

Amisial then contacted the police who opened up an investigation.

A few days passed, and after a hearing on what was to be done about the baby, the judge asked Amisial to be his legal guardian.

Amisial, who was 22 at the time, said: “When I was asked to raise him, I stayed awake for days tossing and turning, trying to make a decision.

“I was already behind on my university fees and my family has always struggled to make ends meet.

“But I didn’t have a dad growing up, and this poor child was facing a lifetime of instability and uncertainty.

“Something inside was telling me that this had happened for a reason – so I took a leap of faith.

“Sometimes you don’t have to know what to do, you just have to be ready, to do it.”

After thinking long and hard about the judge’s request, Amisial agreed to raise him with the help of his mother.

He named the baby Emilio, and four and a half years on, the two of them have developed an inspiring bond.

Elicie has been an important part of their journey, looking after Emilio while Amisial is studying at college and working.

To provide for his family, Amisial has had to take a considerable amount of time off from his studies, but is now gearing up to start his third year in September.

Emilio, who started school this year, is a bright spark and loves music. He wants to be a musician when he’s older.

Amisial started the formal process of legally adopting Emilio in 2020, but needs to raise $30,000 to complete the adoption.

Until he has the money, he will not be given a date for completion.

“It’s been fun seeing him grow – he’s a joy to be around,” Amisial said.

“Mom loves him, the kids in the orphanage love him, and I love him as if he were my own. He really is a special little boy.”