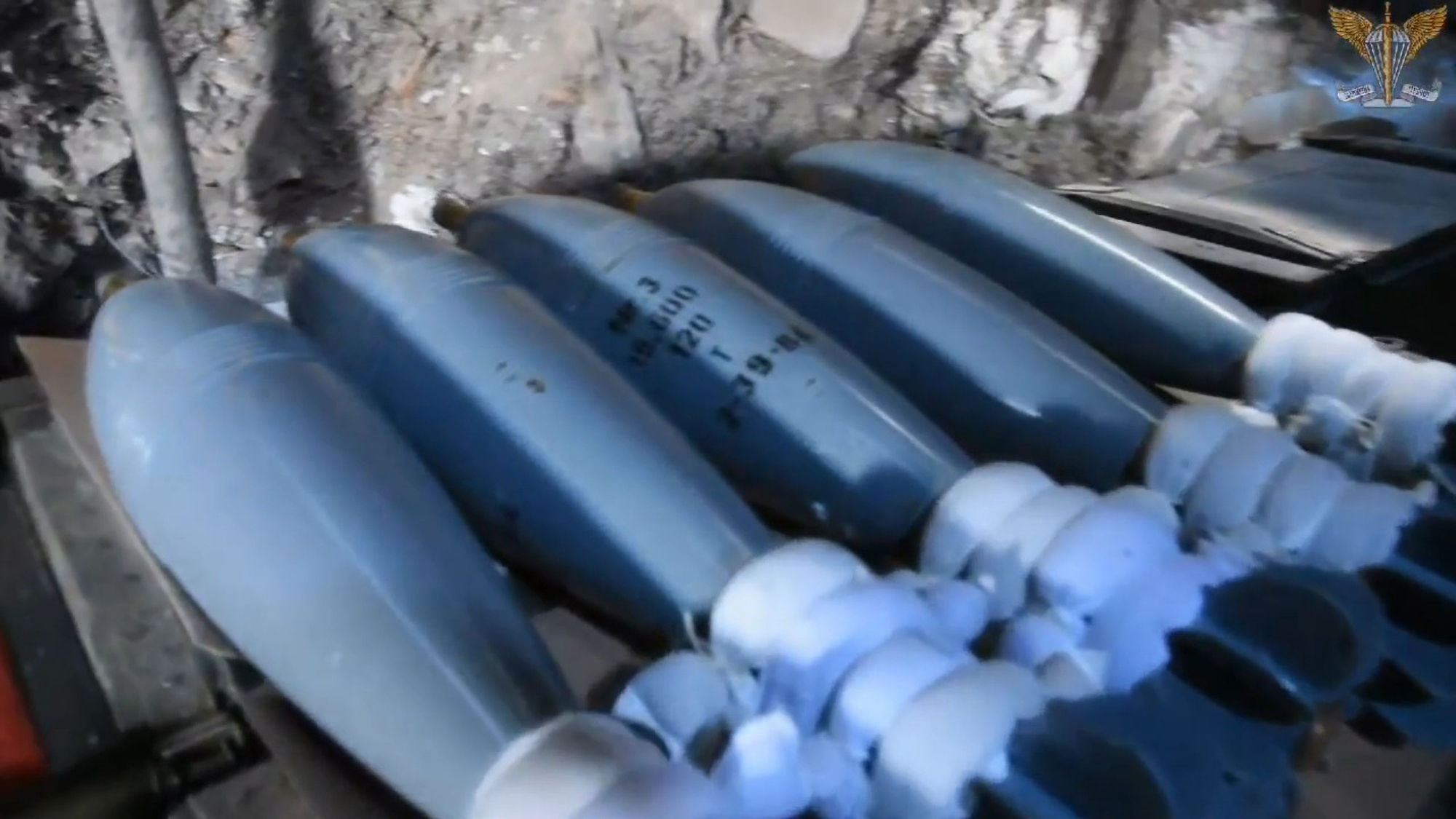 Combat operations of the mortar unit of the 79th Mykolaiv amphibious assault brigade during mortar calculations against Russian occupiers in Ukraine. (@79AMBUA/Zenger)

Ukrainian troops showed off their stash of shells in an underground hideout before loading a pair into mortars and blasting them at enemy forces.

Zenger News obtained the footage from the 79th Air Assault Brigade – a formation of the elite Ukrainian Air Assault Forces, which are garrisoned in the city of Mykolaiv during peacetime – on July 22.

The mortar commander of the 79th Air Assault Brigade of the Ukrainian Armed Forces, who was not named but who goes by the call sign ‘Voron’, said: “They damaged tanks, hit BMPs, and we don’t even count the infantry.

“Our video shows how the mortar unit of the Mykolaiv Air Assault Brigade conducts combat operations.

“Death to the Russian invaders! Together to victory! Glory to Ukraine!”

BMPs are a series of Soviet and Russian infantry fighting vehicles that are not unlike light tanks.

Zenger News contacted the 79th Air Assault Brigade for further comment, as well as the Russian Ministry of Defense, but had not received a reply at the time of writing.