The police said they rescued four people in total from the burning property. 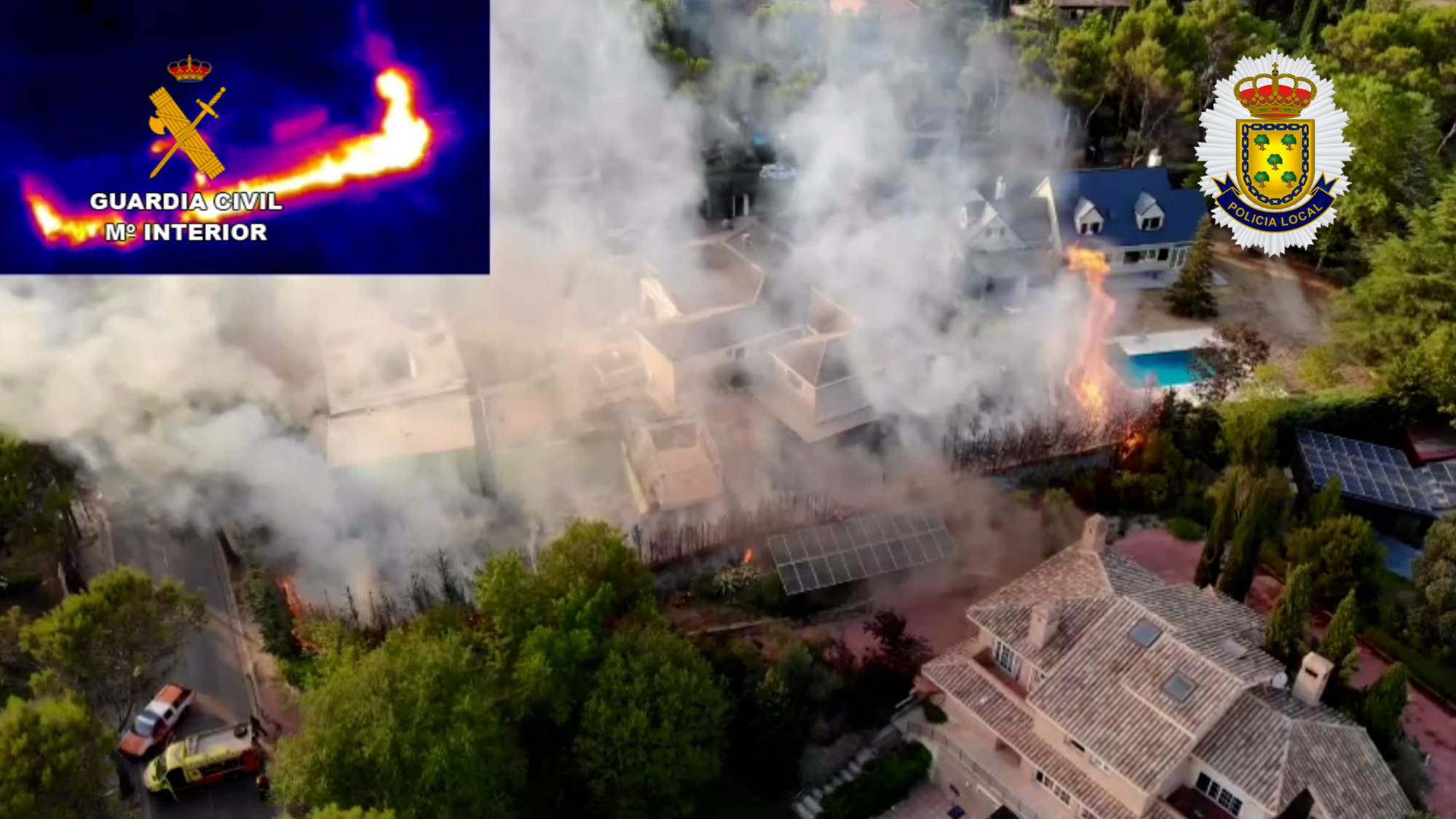 The house where the Ukrainian refugee family was living and got into a fire in Boadilla del Monte, Spain, July 2022. (Zenger)

A Ukrainian refugee family who fled the Russian invasion has been rescued from a devastating house fire in Spain.

The blaze left one victim hospitalized and 12 people needing treatment at the scene when it struck a home in Boadilla del Monte, near the Spanish capital Madrid, on July 14.

First responders on the scene entered the burning building’s second floor after the property owner confirmed that there were people inside.

Civil Guard cops had to grope along the walls and eventually accessed a room where one adult and two children were cowering in fear.

After covering their mouths and noses with wet cloths, the group managed to make their way outside.

The police said they rescued four people in total from the burning property, and one of them was taken to the Puerta de Hierro Hospital for urgent treatment.

Twelve people were treated for smoke inhalation at the scene, including eight Civil Guard officers.

Following a preliminary investigation, the authorities believe the fire was started in an adjoining house after a set of batteries used for powering solar panels apparently overheated and exploded.

Due to high temperatures in the region, the flames spread quickly across the property.

According to reports, the family had fled Ukraine following the Russian invasion that started on February 24.

The Civil Guard said: “Last Thursday, a fire broke out in the vicinity of a housing estate in Boadilla del Monte, and officers from the Civil Guard and municipal police, as well as firefighters from the Community of Madrid, were called to the scene.

“On the arrival of the officers, they met with the homeowner whose plot was on fire and the property was affected by smoke. After establishing that there were people inside, they entered and gained access to the first floor amidst heavy smoke.

“To get there, the officers had to feel the walls and managed to reach the room where two minors and an adult were, helping them by covering their airways with damp rags and managing to get them out of the house with respiratory tract problems.

“The emergency services that were sent to the area had to attend to four people who lived in the affected house, one of whom was taken to the Puerta de Hierro Hospital, and to eight officers for smoke inhalation.

“According to the inspection carried out by the Judicial Police Team of Villaviciosa de Odon, the fire originated in an adjoining house.”

The investigation into the house blaze is ongoing.