The video was obtained from the Security Service of Ukraine (SBU) on Sunday, July 24. 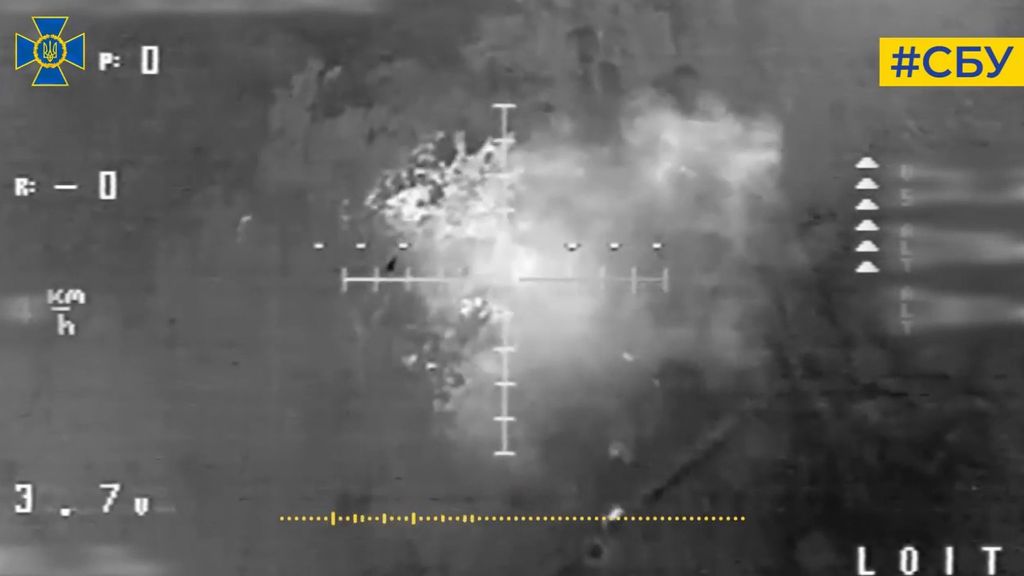 A drone operated by Ukrainian counter-intelligence destroys a Russian tank in Ukraine in undated footage. (@SecurSerUkraine/Zenger)

Ukrainian counterintelligence blew up a Russian T-72 tank and took out 15 soldiers using a drone.

The images, which have been filmed by the drone, show bombs being dropped from above on top of what seems to be a Russian tank.

The video was obtained from the Security Service of Ukraine (SBU) on Sunday, July 24, along with a statement saying: “Military counterintelligence officers of the SBU destroyed a Russian T-72 and 15 invaders with an attack drone.”

The SBU is the main Ukrainian intelligence and security agency that conducts counter-intelligence and anti-terrorism activities. It operates under the direct authority of the President of Ukraine.

The SBU also said: “We continue to work towards victory! Glory to Ukraine!”

It is currently unclear where exactly in Ukraine the images were shot, but they were also relayed by the Chernihiv Regional Territorial Center for Recruitment And Social Support.