The zoo said they are “dismayed by the tragic sequence of these three deaths” in a statement on the same day. 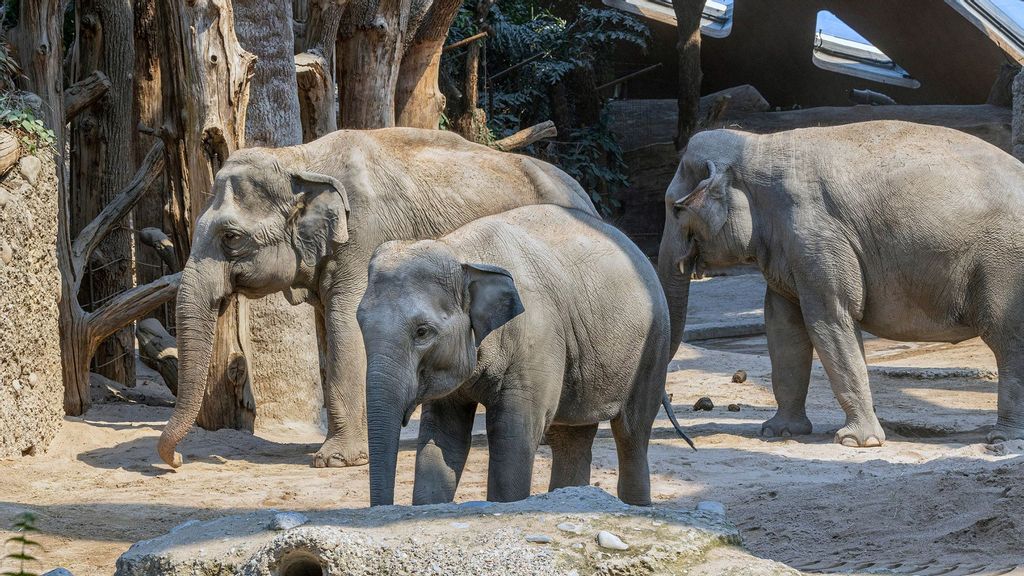 Ruwani (front) with her grandmother Ceyla-Himali (left) and her mother Farha in undated photo at the Zurich Zoo, Switzerland. (Zurich Zoo, Enzo Franchini/Zenger)

A third elephant has lost its life to the herpes virus within a month at Zoo Zurich.

Five-year-old elephant cow Ruwani is the latest animal to die in the zoo’s Kaeng Krachan Elephant Park after passing away on the morning of Saturday, July 23.

The zoo said they are “dismayed by the tragic sequence of these three deaths” in a statement on the same day.

Zoo Zurich stated: “In the Kaeng Krachan Elephant Park at Zurich Zoo, a third elephant has succumbed to the herpes virus after two-year-old Umesh and eight-year-old Omysha.

“The five-year-old elephant cow Ruwani died this Saturday morning as a result of the disease caused by the Elephant Endotheliotropic Herpes Virus (EEHV).

“At Zurich Zoo, Ruwani was the third and last elephant between the ages of two and eight to be acutely endangered by the herpes virus.”

Zoo director Severin Dressen said: “Losing a third elephant to this dreaded virus in such a short time is a tragic loss for Zurich Zoo.

“For us as a zoo, it is particularly frustrating that we are powerless against the virus despite the best veterinary care from the Zurich University Animal Hospital.”

Together with her mother Farha and grandmother Ceyla-Himali, Ruwani formed one of the two matriarchal groups of elephants at the Swiss zoo. Umesh and Omysha formed the other group along with their mother Indi and sister Chandra.

The zoo said: “Ruwani showed no signs of illness until yesterday. In the days before, her viral load had fluctuated between higher and lower values. Basically, most elephants, whether in zoos or in the wild, carry this herpes virus. Young animals are likely to be infected by older animals in the group.

“Regular brief exposure to the virus ensures that young elephants develop antibodies against it over time. The research is still largely unclear on what actually leads to the outbreaks of this dreaded virus in young elephants.

“Elephants are particularly susceptible to becoming seriously ill from a herpes virus flare-up between the ages of two and around eight years. During this time, the protection provided by the mother’s antibodies decreases and the immune system may not have formed its own antibodies.”

The zoo added: “After Ruwani’s death, Farha became the youngest elephant at Zurich Zoo at the age of 17. The zoo assumes that there is only a low risk of disease for the five remaining elephants. The remaining animals will continue to be medically monitored.”