The burial shaft dates back to the early 5th century B.C. and was excavated by the Czech Institute of Egyptology. 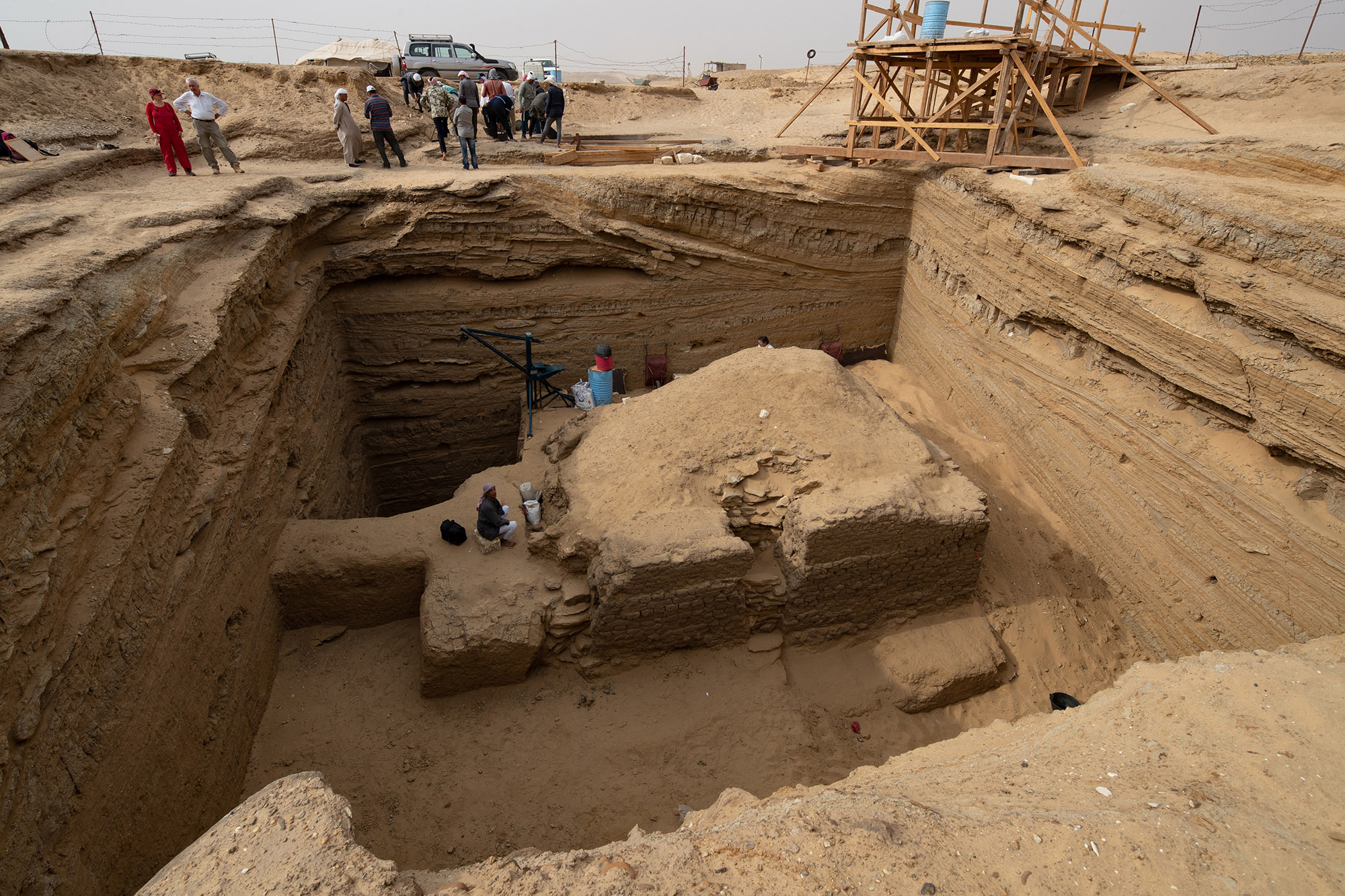 The tomb of an ancient Egyptian commander of foreign soldiers named Wahbire-merry-Neith was uncovered by a Czech archaeological mission from Charles University in Abusir near Saqqara, Egypt. (The Egyptian Ministry of Tourism and Antiquities/Zenger)

The secret tomb of an ancient Egyptian general who ran an army of foreign mercenaries has been unearthed by archaeologists.

Egyptian military official Wahibre-mery-Neith was in charge of recruiting soldiers of fortune from Asia Minor and the Aegean Islands.

The burial shaft dates back to the early 5th century B.C. and was excavated by the Czech Institute of Egyptology at Charles University in Prague.

Inside the tomb, they found Egypt’s largest-ever embalming store including 370 pottery jars containing materials used to mummify the commander.

The team also explored the ancient dignitary’s shaft tomb which measured about 46 feet by 46 feet wide.

At the bottom – 52 feet down – a double sarcophagus damaged by 5th-century looters was also found.

The outer layer of the sarcophagus was made from two giant blocks of limestone with a decorative, inner, human-shaped coffin.

Measuring 7.5 feet long and 6 feet wide, the inner coffin was found, which had a face made of fine-grained stone that had been smashed.

It included inscriptions from the Book of the Dead and described the commander’s resurrection and journey to the afterlife.

Excavators did not locate the commander’s mummy, but found two wooden boxes with 402 earthenware figures created to serve him in the afterlife.

The findings also included alabaster jars, 10 cups, and a piece of limestone pottery called an ostracon that was inscribed with religious texts.

The archaeological campaign ended in June 2022 in Abusir, a UNESCO World Heritage site that sits between Giza and Northern Egypt.

The excavation marks a period from the beginning of Persian domination in Egypt, which began around 525 B.C. and lasted for 100 years.

Egyptians prospered under Persian King Darius I but suffered at the hands of leaders such as Xerxes I, who crushed revolts and disrespected local customs.

The First Persian Empire that was also known as the Achaemenid Empire was founded by Cyrus the Great in 550 B.C. and was its largest under Xerxes I who added much of ancient Greece.

One of the secrets to the Empire’s success was a centralized bureaucracy, while other key points included its buildings and roads, the postal system, and its multicultural policy.

It also possessed a large professional army in a system that became a model for later empires: for example, the Macedonian king who became known as Alexander the Great who was a professed admirer of the emperor Cyrus.

The tomb also allows researchers to paint a more colorful picture of the life of the commander of the foreign legion who, according to the archaeologists, “probably died very unexpectedly” as his “tomb and burial equipment were still unfinished.”