The images were obtained from the Russian Ministry of Defense (MoD) on the evening of Friday, July 22.
By Joseph Golder July 26, 2022
Facebook
Twitter
Linkedin
Email 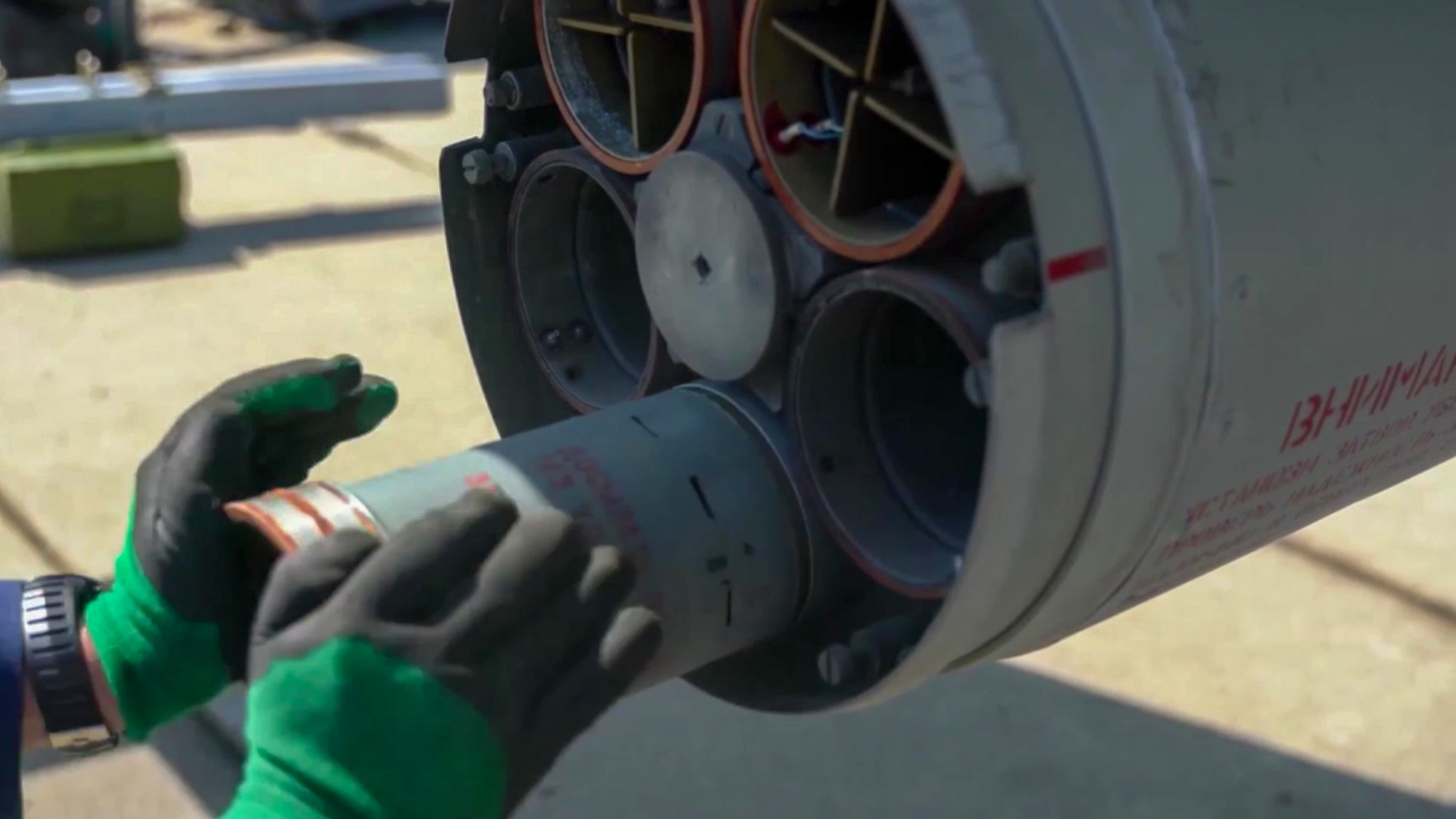 Russian attack aviation crews the loading of ammunition into warheads before the strikes on military facilities and equipment of the Ukrainian Armed Forces in Ukraine in undated footage. (Ministry of Defense of Russia/Zenger)

These images obtained from the Russian Ministry of Defense purport to show their fighter jets allegedly carrying out combat operations against Ukrainian forces.

The images were obtained from the Russian Ministry of Defense (MoD) on the evening of Friday, July 22.

The footage begins by showing a large number of fighter jets bearing the now-infamous letter ‘Z’ on them.

The Russian MoD claimed that the images show the “combat work of Su-25 attack aircraft of the Russian Aerospace Forces during a special operation.”

They claimed: “Crews of ground attack aviation carried out rocket air strikes on military facilities and the equipment of units of the Armed Forces of Ukraine. Missile launches were carried out in pairs from low altitudes.

“As a result of the combat use of aviation weapons, camouflaged fortified field positions and armored vehicles of the Armed Forces of Ukraine were destroyed.”