Women have two X chromosomes, while men have an X and a Y.
By Martin M Barillas July 26, 2022
Facebook
Twitter
Linkedin
Email 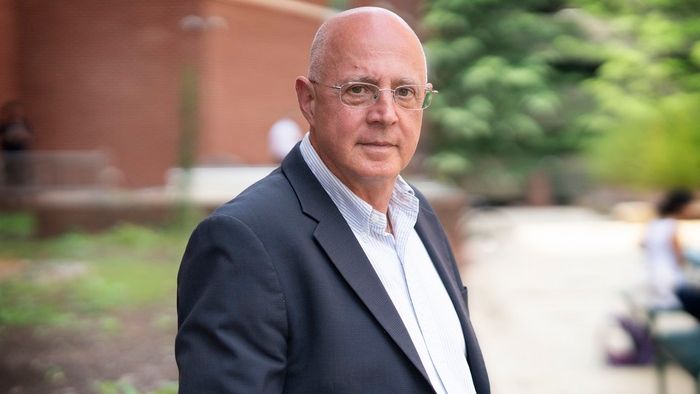 Kenneth Walsh, PhD, of the University of Virginia School of Medicine, says his new discovery may explain nearly four of the five years difference in average life expectancy for men and women. (Dan Addison/Zenger)

A new study has shed light on why men die earlier than women.

The loss of the male sex chromosome as many men age causes the heart muscle to scar and can lead to deadly heart failure, according to the study.

This phenomenon can potentially explain why men die years before women, as men exhibiting Y chromosome loss have been known to die at a younger age and suffer conditions related to age such as cardiovascular disease and Alzheimer’s.

Health researcher Kenneth Walsh of the University of Virginia (UVA) led the new study, which also determined that men who show a Y chromosome loss may benefit from treatment with the drug, pirfenidone, which has already been approved by the FDA for treating idiopathic pulmonary fibrosis, a form of lung scarring.

Women have two X chromosomes, while men have an X and a Y. But as they age, many men, especially smokers, lose their Y chromosome in a fraction of their cells as they age.

However, because Y chromosome loss does not occur in male reproductive cells, the trait is not genetically inherited.

The study found that men exhibiting Y chromosome loss may respond quite well to pirfenidone, and other antifibrotic drugs under development, while further research is needed.

In an emailed response for Zenger News, Walsh noted the Y chromosome loss has nothing to do with sex hormone levels: “The Y chromosome is lost in cells that undergo rapid cell division, such as immune cells in the blood.

“This genetic change (loss of the Y chromosome) alters the function of the immune cells, leading to disease and shorter lifespan.

“This may account, in large part, to the shorter lifespans on men compared to women (approximately 5 years on average). Again, loss of the Y chromosome does not affect testosterone levels, etc.”

Walsh’s new research may be the first to show that chromosome loss directly causes harmful effects on men’s health.

By conducting analysis of data from the Biobank databank of the United Kingdom, the researchers found that Y chromosome loss was associated with cardiovascular disease and heart failure in men.

As chromosome loss increased, so did the risk of death.

However, the greatest risk factor by far, he noted, is advanced age.

In addition to the above, Walsh said that scientists are looking at “somatic” mutations and their role in aging.

“Somatic mutations are not inherited, but they are the mutations that one acquires as one ages.

“Basically, we accumulate mutations in all of the cells of our body as we age, and our DNA ‘blueprint’ becomes increasingly corrupted by these ‘mistakes.’”

Among men, the most prevalent mutation is the loss of the entire Y chromosome, detectable in 40 percent of men by the age of 70. Men who lose their Y chromosome are likely to die early or develop age-associated diseases such as cancer and Alzheimer’s disease.

Walsh noted that to determine whether Y chromosome loss is indeed linked to cardiovascular disease, he and his team used experimental and epidemiological analysis to make a “compelling case that loss of the Y chromosome was a critical feature that directly contributes to disease and a shorter lifespan.”

In a statement released by UVA, Walsh said, “Particularly past age 60, men die more rapidly than women. It’s as if they biologically age more quickly.”

Walsh added: “There are more than 160 million males in the United States alone. The years of life lost due to the survival disadvantage of maleness is staggering.

“This new research provides clues as to why men have shorter lifespans than women.”

Referring to the study, Walsh said: “These are the first data to show that loss of the Y chromosome can be directly linked to disease in men.

“It is not just a marker of aging, but it has a direct role in the development of diseases of aging.”

“Our data suggests that the mechanism by which loss of Y contributes to disease is by promoting the formation of excess connective tissue, a process that is referred to as fibrosis.

“Excess fibrosis is frequently encountered in aging individuals, and it has a role in many disease processes. Drug companies are actively developing drugs to block fibrosis, but this is a relatively new area.”