Zoo fans have already named them as Wajra, for the female, and Warjun for her brother.
By Lee Bullen July 26, 2022
Facebook
Twitter
Linkedin
Email 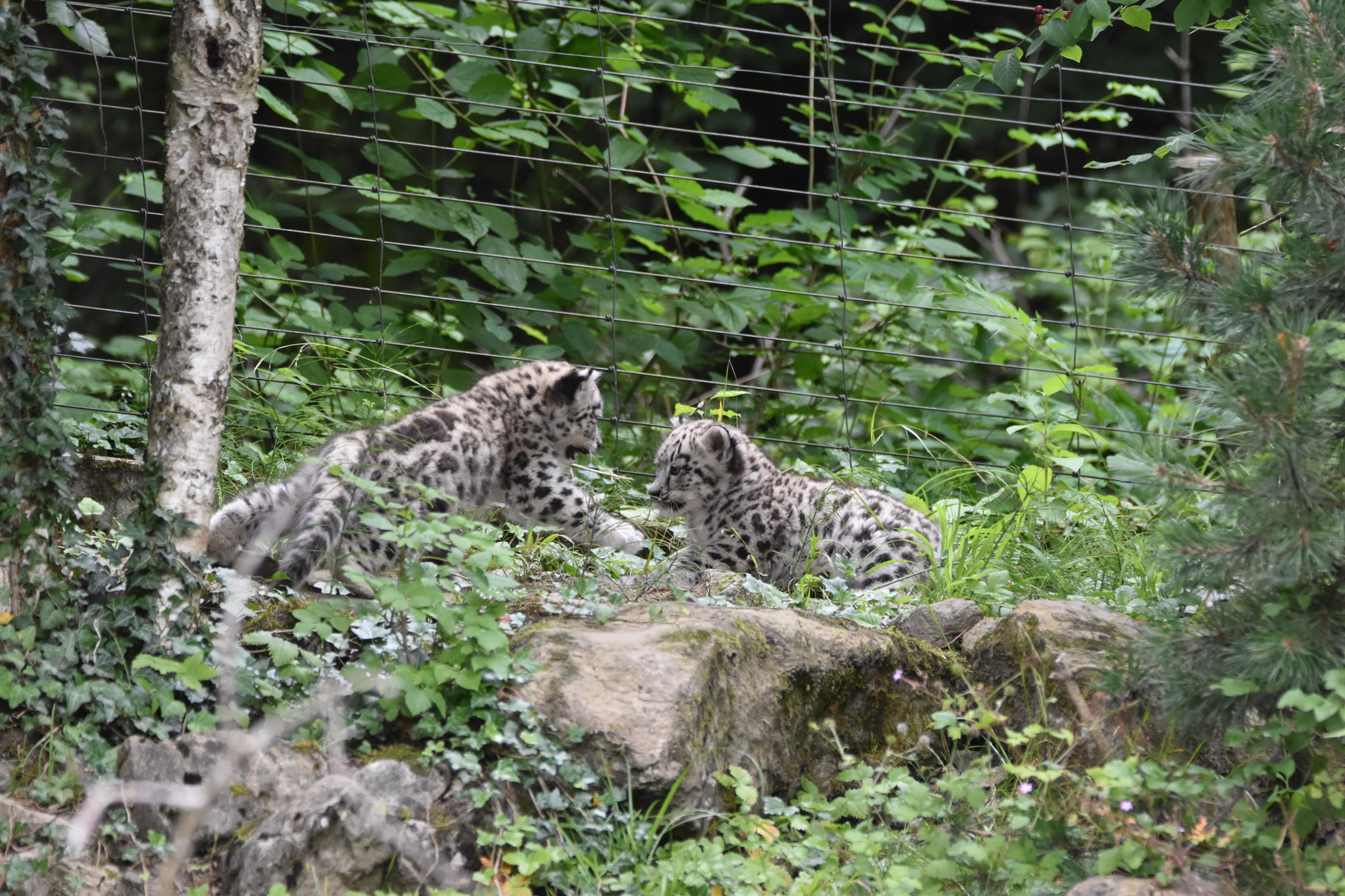 A pair of cute snow leopard cubs were put on a heartwarming show for wildlife fans as they were shown off by their proud mom.

Footage of the two-month-old pair – a brother and sister – was released by officials at Zoo Zurich, Switzerland, to show how the cubs are growing up.

Zoo fans have already named them as Wajra, for the female, and Warjun for her brother.

Although they like to stay close to their four-year-old mum Saida, the cubs are not too shy for a few high jinks.

The pair seem to love play-fighting as they hone the skills they would need in the wild for hunting and defending themselves.

At one point, one of the cubs even plucked up the courage to stage a mock ambush on mom before settling for a cuddle instead.

Zoo Zurich said on July 20: “The snow leopards, born in early May, are becoming more and more active and are also increasingly visible to visitors.

“Their sex has been determined and both received their names in a public vote this week.

“The younglings help ensure a healthy and stable population of this endangered species in European zoos.

“The snow leopard cubs have developed well and mother Saida, four, takes great care of them.

“In the meantime, they can also be seen more often delighting visitors and zoo employees alike.”

They added: “On June 20, the animal keepers and a vet took the two cubs out of their den for a routine check-up.

“During the examination, the vet was able to vaccinate them and put a chip in them for later identification.

“At the same time he was able to determine the sex of the animals. They are a male and female.

“Between July 12 and 18, our visitors could choose a name for the snow leopards in an online vote on the zoo’s website.

“In 2022, all young animals at Zurich Zoo will be given a name that starts with the letter ‘W’.

“Most people voted for ‘Wajra’ for the female and ‘Warjun’ for the male.

“In the last few weeks, Wajra and Warjun have become more and more active and first explored the whelping box and later their surrounding area.

“In the beginning, mother Saida always carried them back to the whelping box.

“In the meantime, she can no longer stop the little ones from going on longer and longer trips.

“Snow leopard females have an average of two cubs per litter. After two to four months they increasingly follow their mother – although they are more of a hindrance than a help when hunting at this age.

“The young animals are completely independent of their mother after about 18 months.

“When they are two to three years old, they become sexually mature and look for their own territory.

“In the wild, both the mother and father are solitary and the males do not interact with the young.

“However, at Zurich Zoo, father Shahrukh lives with Saida, Wajra and Warjun and they get along very well.”

The zoo added: “Snow leopards are threatened in their natural habitat in Central Asia.

“The population size is estimated at around 3,000 adult animals.

“Snow leopards are threatened primarily by the decline in their prey and by conflict with shepherds who hunt them to protect their group. In addition, the snow leopard is killed for its fur and its bones are used in traditional Chinese medicine.”