The researchers said that children are exposed to a "vast amount" of unhealthy high in salt, sugar, and fat food marketing online.
By Simona Kitanovska July 26, 2022
Facebook
Twitter
Linkedin
Email 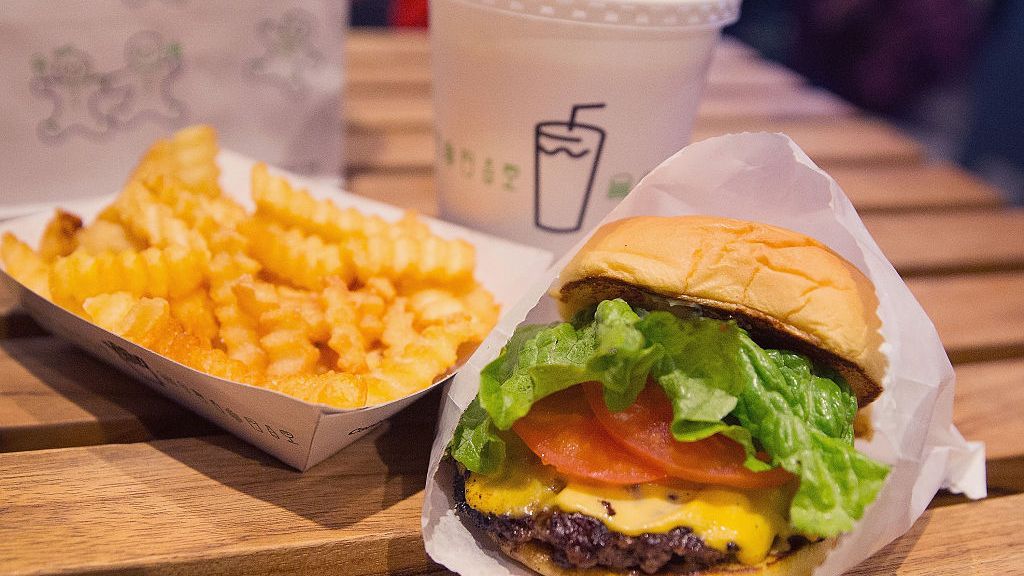 In this photo illustration a cheeseburger and french fries are served up at a Shake Shack restaurant on January 28, 2015 in Chicago, Illinois. (Photo Illustration by Scott Olson/Getty Images)

Junk food brands are encouraging TikTok users to market their products for them, according to a new report.

Health food experts say that, given the video hosting service’s popularity with children, policies are needed to protect them.

Researchers found that unhealthy food and drink brands are encouraging TikTok users to market their products for them – effectively turning them into ‘brand ambassadors’ -as well as using their own accounts for promotional activity.

They assessed video content posted on the social media platform. Their findings were published by BMJ Global Health.

The researchers said that children are exposed to a “vast amount” of unhealthy — high in salt, sugar, and fat— food marketing online.

And the evidence shows that such exposure ultimately influences food preferences, buying, requests and consumption.

TikTok users create, post, watch and engage with short videos. Since its global release, TikTok’s popularity has rapidly increased: its global monthly active users reportedly rose from 55 million in January 2018 to one billion in September 2021.

It is very popular with children: more than a third of its daily users in the USA are reportedly aged 14 or younger.

However, no study to date has looked at the impact of unhealthy food marketing on TikTok, despite calls for attention to be paid to the health implications of the platform.

The researchers assessed the content of all videos posted on the accounts of 16 leading food and non-alcoholic drink brands— based on global brand share.

The content and sentiment of a sample of relevant user-generated content, created in response to branded hashtag challenges instigated by these brands, was also assessed.

The total collective views of user-generated content from single challenges ranged from 12.7 million to 107.9 billion.

Among a sample of 626 brand-relevant videos generated in response to these challenges, 96 percent featured branding, 68 percent product images, and 41 percent branded effects.

Most portrayed a positive (73 percent) or neutral/unclear (25 percent) sentiment, with only three per cent portraying a negative sentiment.

“Analysis of a sample of brand-relevant user-generated content created in response to these showed that branded hashtag challenges are effectively turning users into, in TikTok’s words, ‘unofficial brand ambassadors’.”

She said that while fewer videos were posted by users who seem to have been paid – such as influencers, these attracted nearly 10 times as many likes per video, on average, as those seemingly not paid for, and are therefore likely important in propagating branded hashtag challenges.

The research team highlight that proposed U.K. legislation will ban all ‘paid-for’ online marketing of ‘less healthy food and drink’ from January next year.

But it includes an exemption for brand-only advertising, and excludes marketing originating outside the U.K., despite the fact that social networking platforms frequently operate across international borders.

Backholer added: “Our study has shown that TikTok is an emerging source of unhealthy food marketing, including that created by users at the instigation of brands.

“Given TikTok’s popularity among children, our findings support the need for policies that protect children from the harmful impact of food marketing, including that on social networking platforms.

“TikTok’s rising popularity also calls for further research into its potential impact on public health and its role as a corporate political actor.”