“I want to promote and raise awareness around IVF as it’s not something to feel ashamed of.” 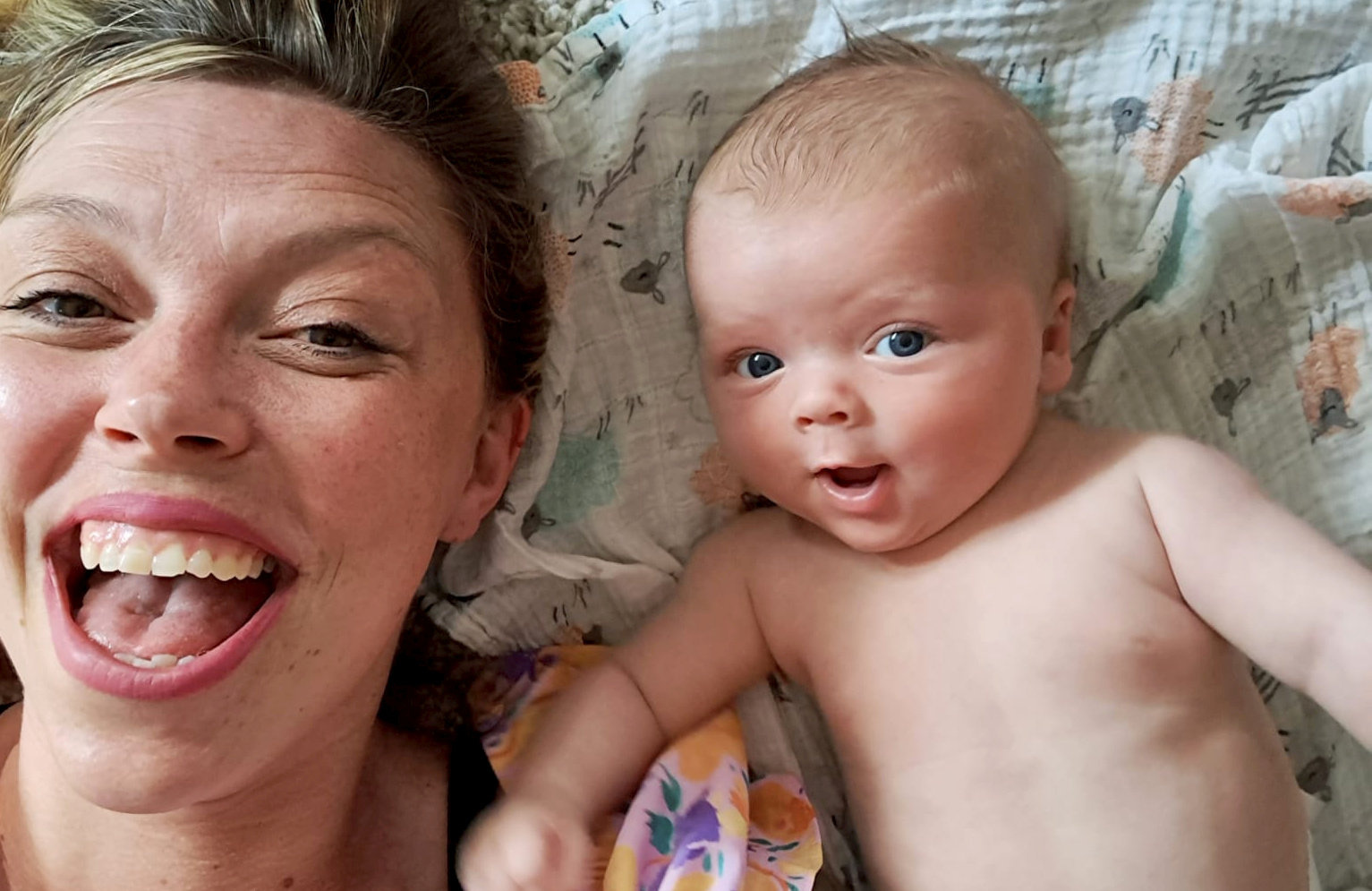 A new mother who spent $19,000 undergoing in vitro fertilization (IVF) treatments says it was like ”shopping at Waitrose” – a British grocery store chain — which allowed her to choose a ”six-foot, blue-eyed donor.”

Stacey Forde, 39, has revealed the process she went through with a sperm bank – where she compared choosing attributes for your child to filling a supermarket cart.

She says she was given a choice of hair and eye color, height, hobbies, and academic achievement of a donor.

Stacey says the sperm bank also offered the chance to pay more to see pictures of the donor as an adult – but she opted for images as a child.

Forde says she couldn’t afford the ‘lawyer’ donor option so went for a student who was six foot with blue eyes.

She was also impressed in his letter to potential moms and dads he addressed them as ‘dear parent/parents’ – which she liked because ”it was important to me that he recognized single parents.”

Her son, Aksel Forde, was born on May 4, 2022 – and now Stacey is sharing her story to show other moms-to-be that IVF is an option regardless of relationship status.

Forde, from Cardiff, the capital city of Wales, located in the United Kingdom, said: “I want to promote and raise awareness around IVF as it’s not something to feel ashamed of – it’s a really well-informed choice that I’ve made.

“It’s not easy and it’s not for everyone, it’s so multifaceted and complex and you can get lost in it emotionally and financially.

“If you are single, it is a route you can take – it was a really successful positive and amazing story for me.”

Forde had previously been in a relationship for two years and the couple had planned to start trying for a baby – however the relationship ended.

Following another relationship that didn’t lead to parenthood, she decided to look into IVF in 2018 and underwent a ‘fertility MOT’.

Sadly, her first attempt in 2020 didn’t work and left her feeling dispirited due to the high costs and amount of time that had gone into preparing.

After waiting for nearly a year, she decided to try again and after looking up a sperm bank, she chose the traits she wanted in a father.

She said: ”You can pay for a higher level of academic achievement, blonde hair, blue eyes.

”The more money you have the more you can choose and I couldn’t afford a lawyer so I went for a student.

“You buy from a sperm bank and can filter what you want like an open donor or an anonymous donor – an open donor is more expensive and you can pay to unlock photos of them as an adult.

”I chose anonymous and you can only see photos of them as a child.

“You can filter on hair color, eye color, height, academic attainment – it’s basically like shopping and at the end you press add to cart, it’s like shopping at Waitrose.

“I checked their medical profiles against their family history and their psychometric tests – you get a download for each donor with their favorite color, hobby, and a letter to the prospective child or parent.

“I chose a six-foot, blue-eyed donor after checking medical history and psychometric tests – in his letter it said ‘dear parent/parents’ and it was important to me that he recognized single parents.

“Then at the end you press add to cart, it feels a bit underwhelming like being at Waitrose – I didn’t think this is how I would be having a baby.”

Stacey paid $1,434 for the sperm alone before it was transported to a clinic in Denmark in August 2021.

She had five embryos fertilized and tragically four of them didn’t survive – however one of them did.

On October 28, she had her three-month scan which confirmed a healthy pregnancy and to her delight she could begin to tell friends and family about what had happened.

On May 4, Aksel Forde was born – and now his mother says that ten weeks in she still can’t believe the tot is hers.

She said: “I did a pregnancy test at home which was positive and it was amazing, it was literally a miracle baby as I knew the others hadn’t worked.

“A few weeks later I went to have an early scan which showed the pregnancy was positive and progressing and I was just crying.

”You can’t believe it actually worked even though you go through so much of a journey, you almost don’t allow yourself to believe it has worked.

“I was absolutely elated, I had the three month scan which confirmed the pregnancy and I could start telling people.

“On May 4, Aksel Forde was born – I spelled it the Danish was as I want it to be part of his history and his story.

“Women say when you have your child there’s no love like it but it was a smack in the face and words don’t justify how it feels – he’s ten weeks old tomorrow and I still can’t believe he’s mine.”