Gurav came to Bristol, England, in the U.K., last September to study for a masters degree in Environmental Policy and Management. 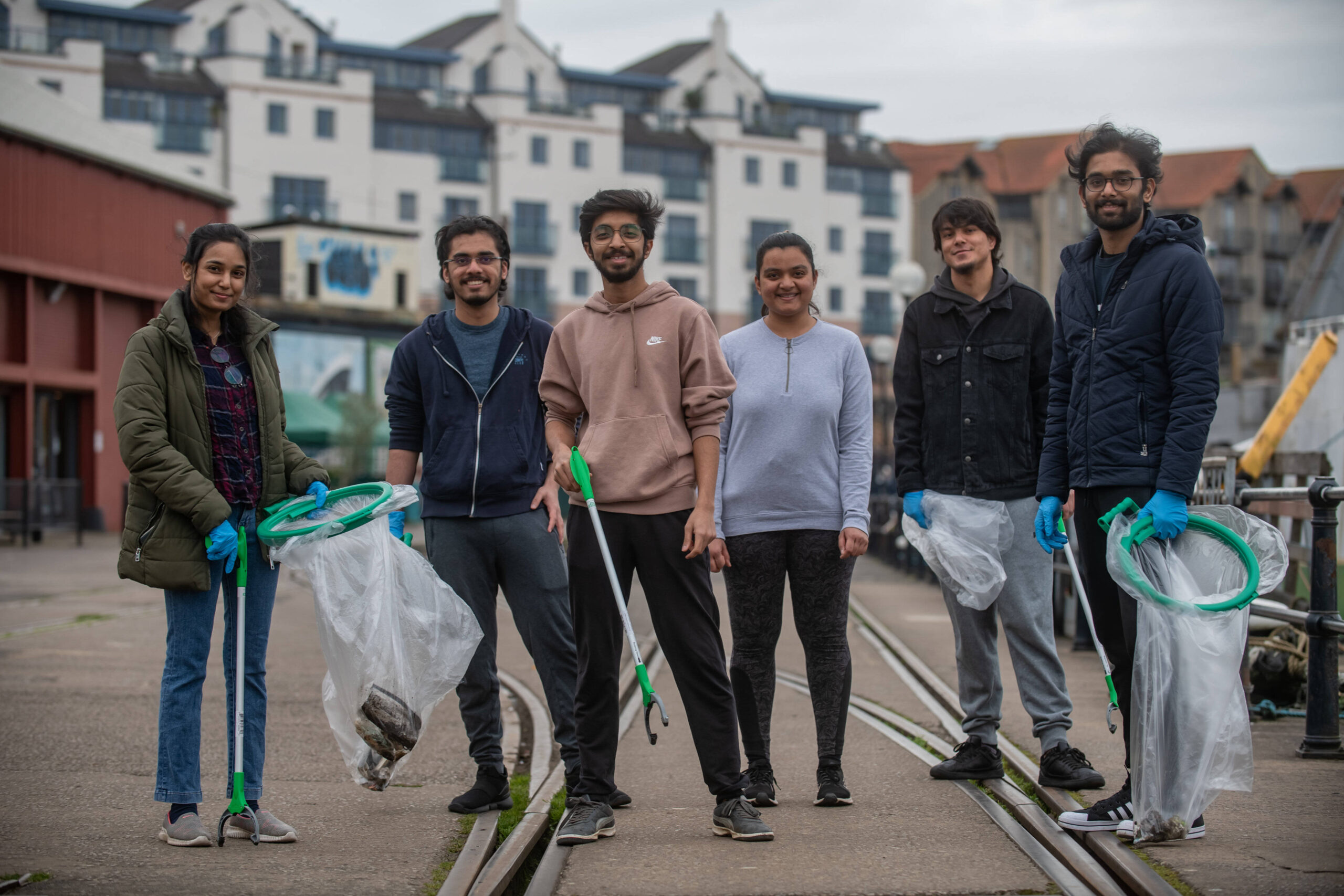 A student who started a global ”plogging” movement which sees people jog and pick up litter won an award from the Prime Minister.

Vivek Gurav, 26, began his plogging project in India back in 2014 but has since taken his venture to the streets of the United Kingdom – with now over 10,000 volunteers around the globe.

Plogging sees people run for fun and collect trash and aims to curb the climate crisis “one bit of plastic at a time”.

Gurav came to Bristol, England, in the U.K., last September to study for a masters degree in Environmental Policy and Management.

Since arriving, he has started a 140-strong volunteer group ‘Bristol Ploggers’ which has picked up 3,750 kilograms (8,260 pounds) of litter from all over the city.

In recognition of his brilliant work, Gurav has been awarded a Points of Light award, which the Prime Minister gives to “inspirational” volunteers who are “making a change in their community”.

Plogging was a concept that originally started in Sweden but Gurav’s ‘Pune Ploggers’ is the largest community of ploggers in a single city.

Gurav said: “I believe this award amplifies the cause of climate action that I have been trying to promote through litter picking.

“Every individual matters, every action counts in the race to fight climate change and this award strengthens this belief of my entire community of ploggers based in India as well as the U.K. to keep going.

“It’s an honor and a privilege to be recognized by the Prime Minister himself.”

In February, the activist took on a 30-day plogging challenge to collect 4 kilograms (9 pounds) of litter daily, while running a minimum distance of 4 kilometers (2.4 miles).

Gurav added that the root of our littler problem is over-consumption.

He has said that many have dismissed his local initiatives, arguing that litter picking alone cannot solve the climate crisis.

“These people forgot to understand these are the basics where individual actions start”, he argued.

Gurav explained: “I am forcing individuals who make these policies understand it’s their call to make decisions wisely, and choose between development and ecologically balanced development.

“Recently Bristol Harborside festival was celebrated – did you see the way
people littered?”

He added: “I am not a conventional climate activist maybe. Litter picking is a way I sensitize people and my campaign in India and Britain has been an example of what a community can achieve.”

“Plogging will continue to spread its reach across the U.K., my motto going ahead is to make sure the single-use plastics across the world are taken off-shelf.

“Awareness, Action and Activism will be my blend for evolving this campaign to make sure climate action is tangible while supporting the clarion call to go net zero carbon emissions.”

«Previous Post
A Pair Of Identical Twins Both Passed Away Just Hours Apart, At The Age Of 70»Next Post
Sneaky Student Steals Honor Intended For Famed Underground Artist ‘Banksy’