Work It: Gary Russell Jr. Steps Up To Guide His Brothers’ Careers 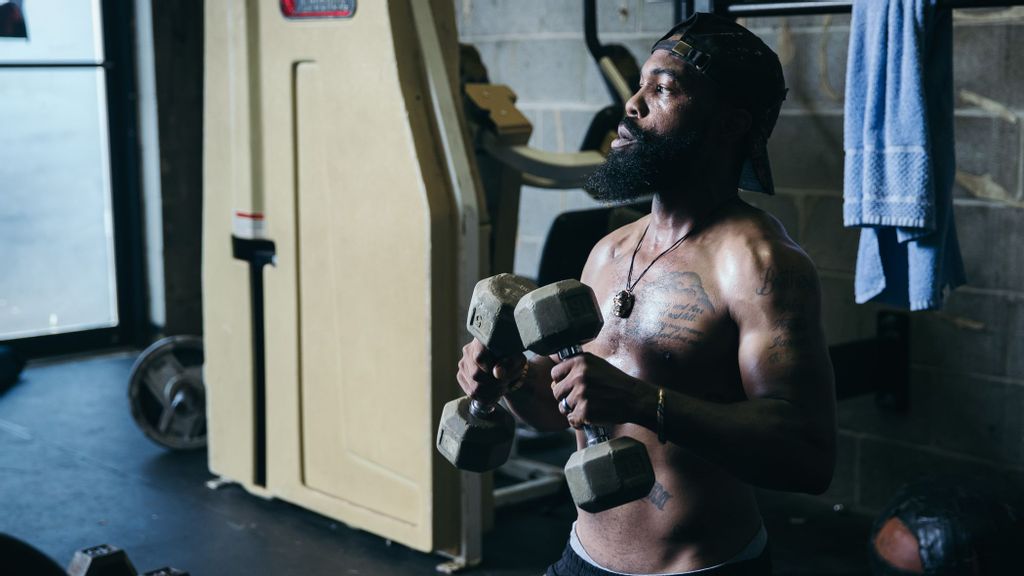 Gary Russell Jr. gets in a workout while rehabbing an injured shoulder. (Amanda Westcott/Showtime)

CAPITOL HEIGHTS, Md. — The fighting Russell brothers are a force of nature.

Unfortunately, in May 2022, the captain of the ship, Gary Russell Sr., the man responsible for his sons getting into boxing and all bearing the same name, passed away. His death adds to the responsibility of Jr., who is determined to keep the name and the fighting careers of his brothers alive.

Jr. will be present in the corner of his younger brother, Antuanne, as he tries to remain undefeated against the experienced Rances Barthelemy on July 30, live on Showtime.

Gary Russell Jr. explains to Zenger how the family is moving forward.

Zenger: You had the shoulder injury in the [Mark] Magsayo fight, and are now dealing with the loss of your father. Where are you physically and mentally right now?

Russell Jr: Physically, I’m strong. I injured myself before the Magsayo fight. Still beat that ass with one arm, by the way. I’m doing physical therapy right now with my arm. As far as mentally, I’m more focused on my younger brothers. Trying to make sure they are where they need to be. I’m making sure I can give them the jewels that’s necessary for the path that pops had for them.

Zenger: Does your approach change now that you are assuming more of a role in your brother’s careers?

Russell Jr: A little, not much. If you ever paid attention to my career prior to my injury, whenever I competed, and they were on the card, I’d be working their corner, then go back in the dressing room and get ready for my fight. I was always working side by side with my father when it came to training and guiding my younger brothers. He was molding and prepping me without me knowing it to a certain extent. We’re good. We’re solid, man. Full progression. We’re using this as fuel.

Zenger: You’re always so cool, calm and collected for your fights, but we see you get a little animated when your brothers are fighting. Watching them grow as fighters must be fulfilling for you.

Russell Jr: Hell, yeah! I know how it is, and you know how it is. We get to a certain age, we want to do what we want to do. But in order to excel in anything you’re doing, you have to be able to take constructive criticism. You have to have a certain level of maturity to understand that everything is coming from a good place. You have to be able to accept the information that’s being given to you — and then go out there and produce it.

I’m excited when I see my younger brothers&mldr; I know what life brings.  For them to stay focused, stay on point, and still be grinding, pushing in the right direction, I get animated about that.

Zenger: You guys have suffered so many losses outside the ring, but barely any inside the ring. Is the boxing gym the Russell brothers’ sanctuary?

Russell Jr: It’s funny because that’s how it’s always been. Regardless of what I’ve been through or what we’ve been through, I can be irritated, frustrated, have a bad day, and my father would know if I’m going through something. I’ll be training like I’m getting ready for a fight, and I don’t have anything coming up! The gym is definitely our sanctuary.

Zenger: When they presented the name, Rances Barthelemy for Antuanne, what were your thoughts?

Russell Jr: We jumped on it. I thought it would be a hell of a fight, a good fight, he has a great name, a great background. He comes from good stock, he can fight. This fight will be something that will plateau my younger brother and put him on that level. I thought it was a good fight for him.

Zenger: Seeing Antuanne in the gym every day and seeing his progression as a fighter and a young man, what are you expecting on fight night?

Russell Jr: I expect for Antuanne to give his opponent nothing, but take everything from him.