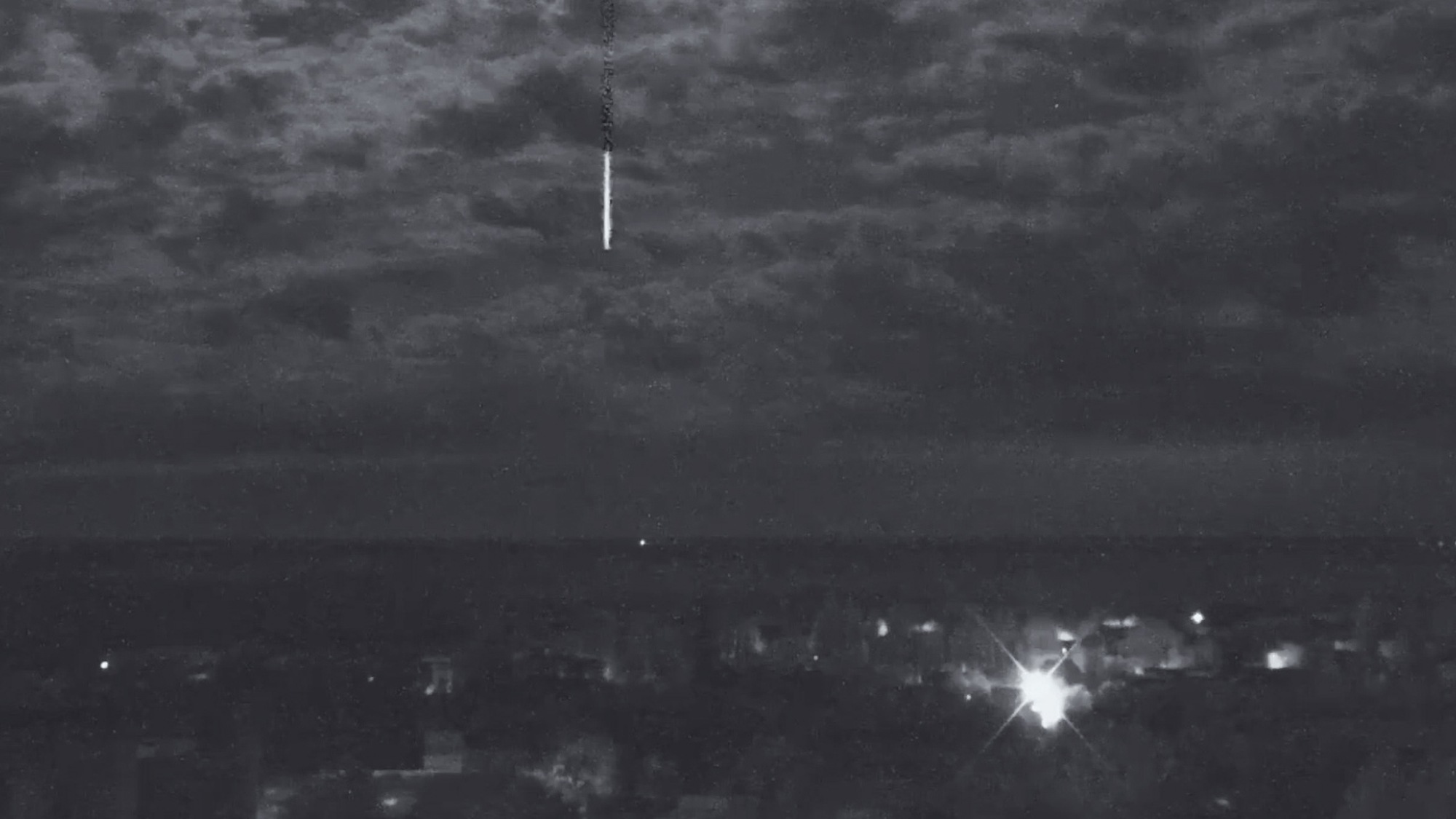 Moment of the impact of the rocket attack on the rubber aid point in Mykolaiv in Ukraine. (@mykolaivskaODA/Zenger)

This footage shows the blinding explosions caused when two Russian rockets slammed into a building full of humanitarian supplies in besieged Mykolaiv.

Zenger News obtained the nighttime footage from Vitaliy Kim – the governor of Mykolaiv Oblast – on July 21.

“Yes, at 3 o’clock in the morning, the Russian occupiers hit one of our humanitarian headquarters with two rockets.

“Thousands of tonnes of products intended for children, the elderly and those who need help were completely burnt.”

The footage clearly shows the two rockets plummeting to the ground and causing massive explosions.

Mr. Kim became a popular figure across Ukraine after the invasion began due to his wit and mockery of the Russian Army.

His office in Mykolaiv was hit by a Russian missile in an airstrike on March 29 that killed at least 37 people.

The provincial capital remains in Ukrainian hands but lies close to the front line.

Zenger News contacted the Mykolaiv governor for further comment, as well as the Russian Ministry of Defense, but had not received a reply at the time of writing.