Zenger News obtained the video from the Ministry of Defense of the Russian Federation on July 22. 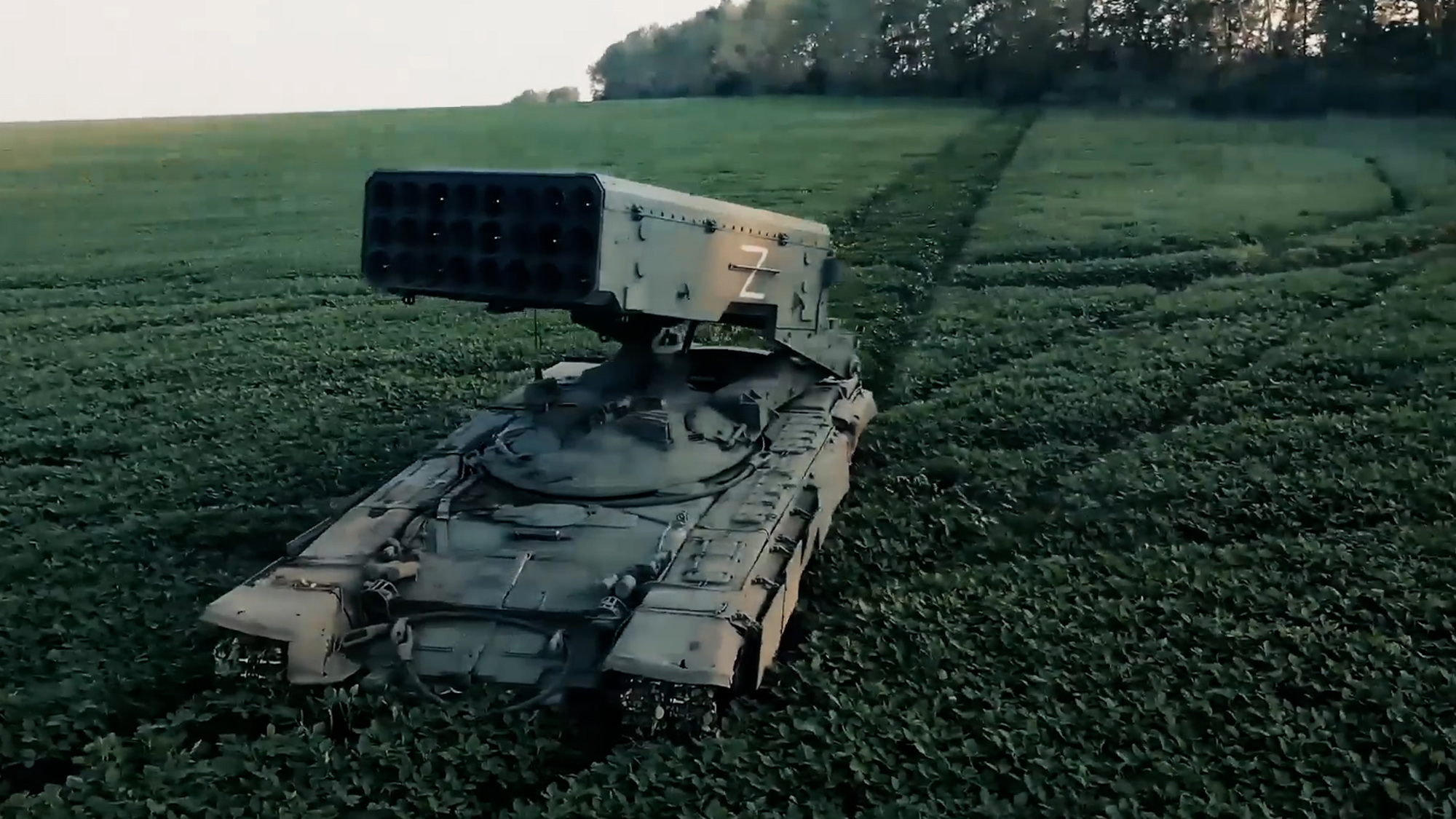 Combat work of crews of heavy flamethrower systems TOS-1A Solntsepek of the Western Military District to destroy ammunition depots and fortified strongholds of the Armed Forces of Ukraine. (Ministry of Defense of Russia/Zenger)

This slick footage shows a Russian multiple rocket launcher daubed with a white ‘Z’ pummeling what appears to be a tract of woodland with missiles.

Zenger News obtained the video from the Ministry of Defense of the Russian Federation on July 22.

“Shooting is carried out using the latest topo-geo-referencing software systems.”

The MoD did not specify where in Ukraine the strikes took place.