The Navy said they are boosting their numbers since the Russian invasion in February. 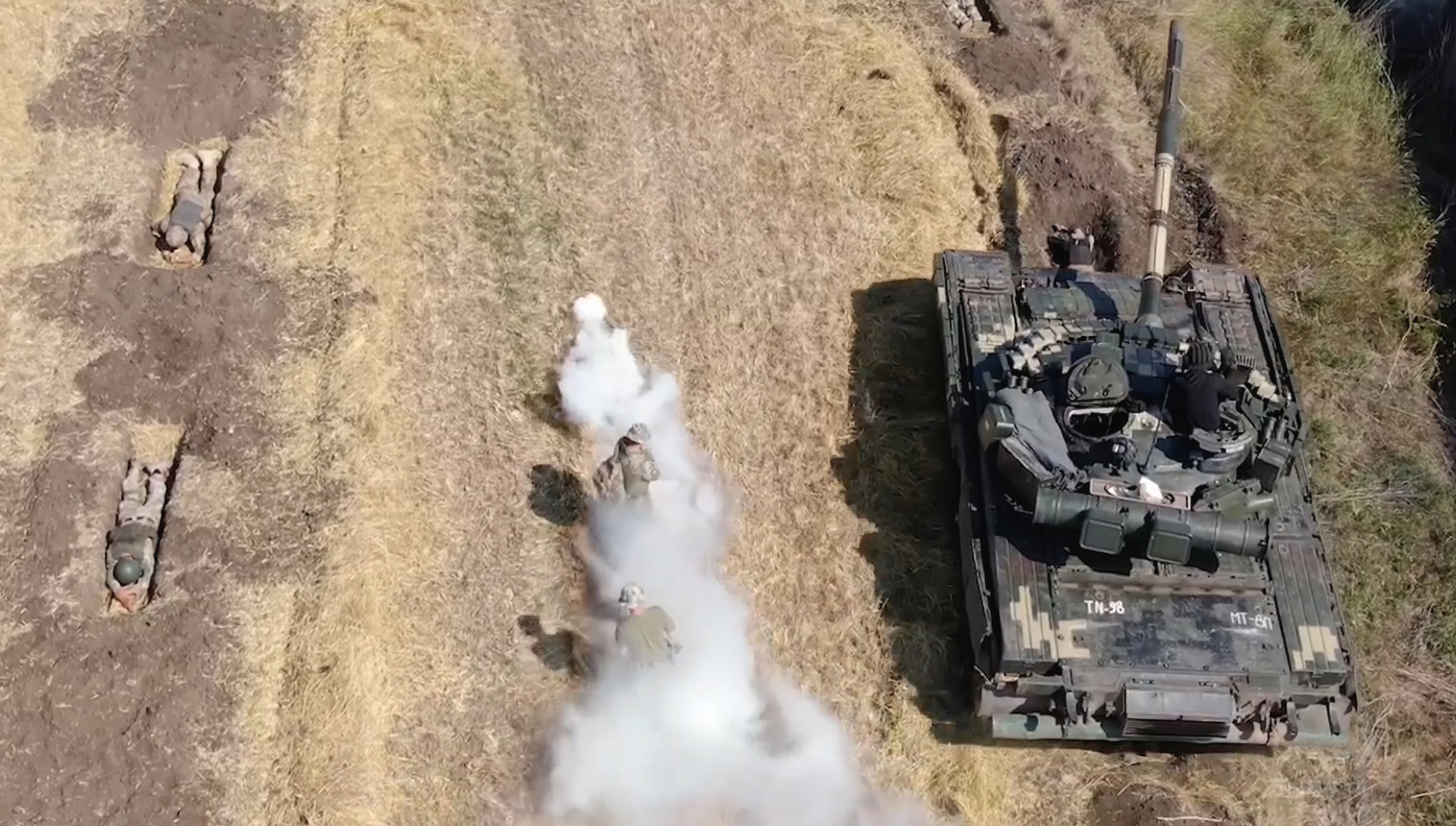 Professional combat training of Ukrainian soldiers using T-80 tank at Marine Corps School on the basis of the 198th Training Center of the Naval Forces of the Armed Forces of Ukraine in Mykolaiv, Ukraine. (@navy.mil.gov.ua/Zenger)

Ukrainian recruits practice blowing up enemy tanks by lying in a ditch and waiting for the armored vehicle to pass before rolling out and launching a grenade at it.

“For over a decade, ‘rolling behind tanks’ has been one of the main elements of classes during the soldiers’ moral and psychological training.

“It is usually held at the beginning of military service.

“It evokes a lot of emotions and gives confidence to yesterday’s schoolchildren and beardless young men, who for the first time in their lives, roll out from under the steel mass, throw a grenade at it, and celebrate a psychological victory both over themselves and the tank!”

The Navy said they are boosting their numbers since the Russian invasion in February, and that most recruits are not actually “beardless” teenagers, but aged between 30 and 50.

The statement continued: “They have a wealth of life experience and work experience in various organizations and enterprises of state and private ownership.

“Their faces are focused and do not show any particular emotions. People are well aware of the period in which they serve, and they know their place in the ranks during the war.”

Zenger News contacted the Ukrainian Navy for further comment, as well as the Russian Ministry of Defense, but had not received a reply at the time of writing.