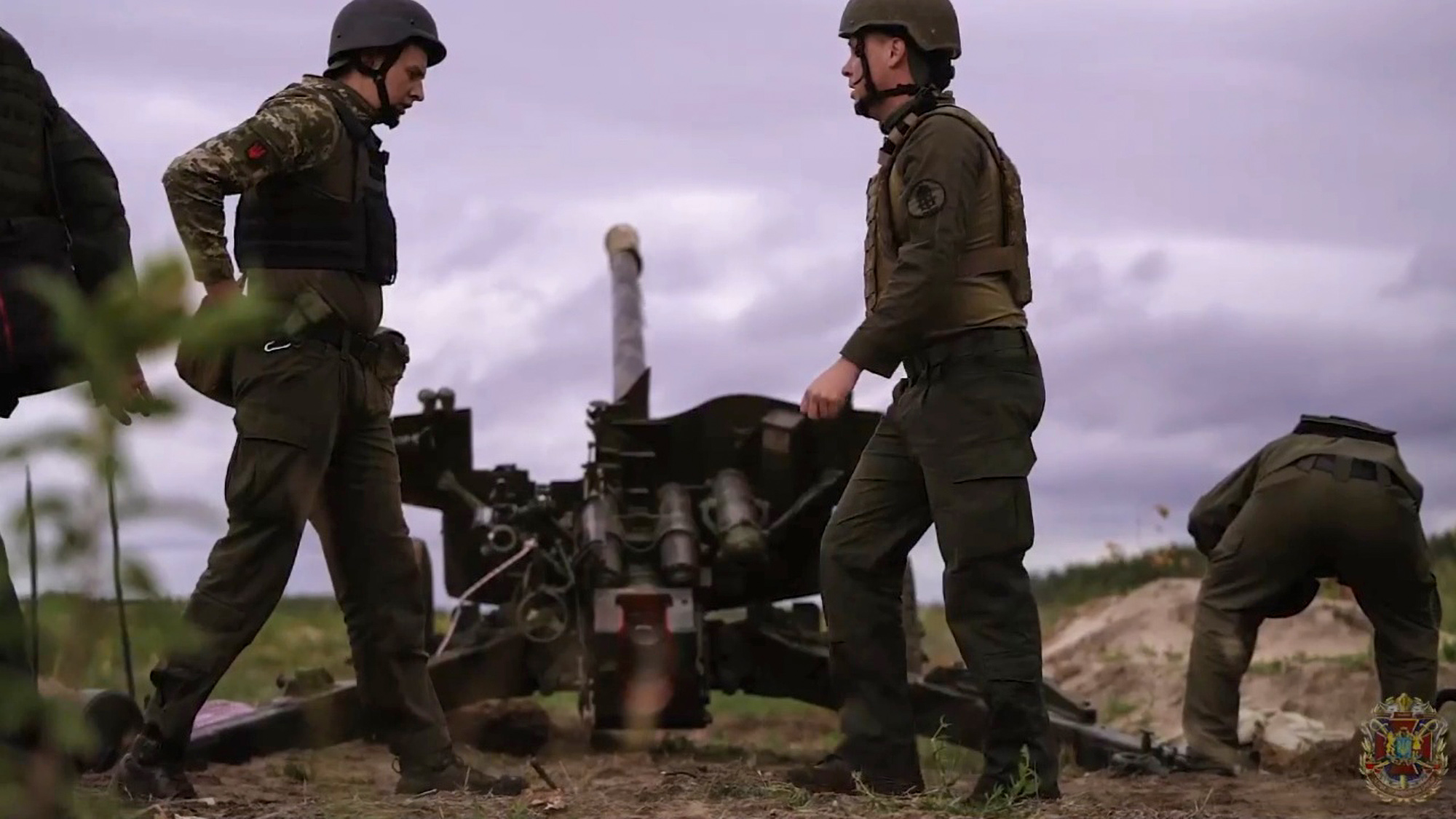 At the scene where artillerymen of the Northern operational-territorial unit of the National Guard of Ukraine improving their skills in combat shooting with MT-12 Rapira anti-tank guns in Ukraine. (@ngunorth/Zenger)

Ukrainian Guardsmen took part in combat exercises with MT-12 anti-tank guns, as can be seen from these images.

The Ukrainian military said such combat exercises are vital because “the sweat of the artillery protects the blood of the infantry”.

The Ukrainian Ministry of Internal Affairs said on July 20: “Artillerymen of the brigade of the Northern Operational Territorial Association of NSU (National Guard) continue to improve their skills in combat shooting with MT-12 ‘Rapira’ anti-tank guns.

“They are usually called ‘gods of war.’ After all, artillery destroys enemy structures, equipment and manpower and, most importantly, supports the actions of its comrades on the battlefield.

“To polish their military skills, Guardsmen practiced battle plans during tactical exercises with combat firing of our artillery units.

The commander of the NSU unit said: “All divisions coped with the assigned task. Artillery gun operators gained new knowledge and irreplaceable practice in performing firing operations to destroy equipment and support the actions of our mechanized units.”

“It is not by coincidence there is the saying ‘the sweat of the artillery protects the blood of the infantry’, because the more accurate and efficient the ‘gods of war’ are, the more successful the other units will be.”

Zenger News contacted the Ukrainian National Guard for further comment, as well as the Russian Ministry of Defense, but had not received a reply at the time of writing.