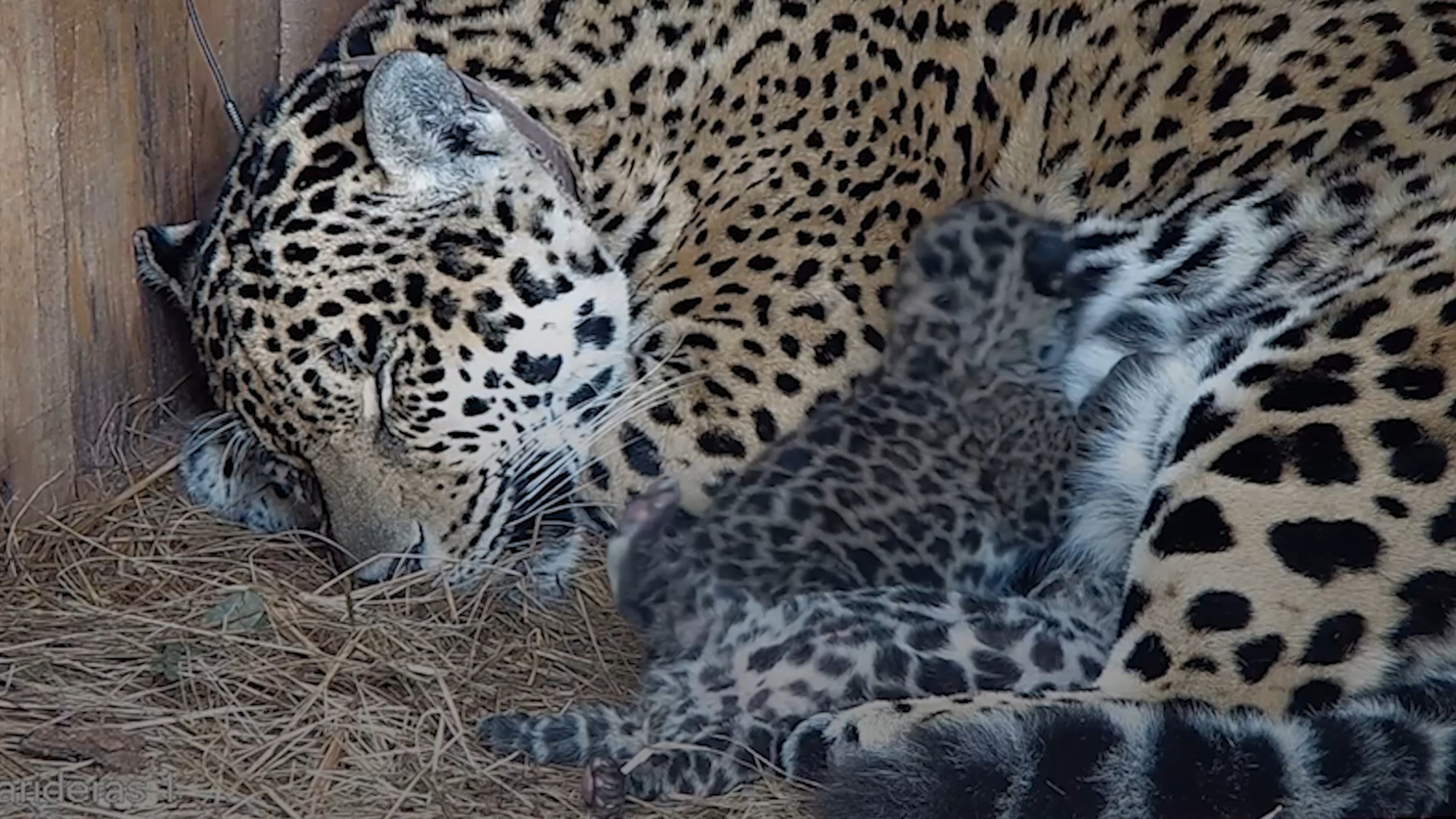 These videos show the first jaguars born in the wild in an Argentine wetland 70 years after they went extinct from the area.

Overjoyed conservationists released motion-triggered video footage from a wildlife camera showing one of the parents walking across a path with a cub in its mouth.

The species – which is categorized by the International Union for Conservation of Nature as “near-threatened” – had vanished from the area seven decades earlier.

Ibera Park is one of South America’s key wetlands and the recent jaguar births herald the return of its top predator.

In a joint statement obtained by Zenger News on July 21, Tompkins Conservation and Fundacion Rewilding Argentina said: “Camera trap footage reveals the birth of the first jaguars (Panthera onca) in the wild for Rewilding Argentina in the 1.8-million-acre Ibera Park.

“Their parents were released last year: Jatobazinho, a rehabilitated wild jaguar from Brazil, and Arami, the first jaguar cub born in 2018 at the Jaguar Reintroduction Center in the wetlands.”

“As the top predator, the jaguar has a key role to play.”

The statement continued: “In Argentina, jaguars have lost over 95 percent of their original range.

“The jaguar program, which started in 2012, has successfully released eight jaguars into Ibera Park.”

“One of South America’s largest and most important watersheds, the Ibera wetlands suffered massive devastation in February, 2022, when wildfires burned 10 percent of Corrientes province, including 60 percent of &ZeroWidthSpace;&ZeroWidthSpace;Ibera National Park.

“Rewilding, which helps restore natural processes, is an essential tool in helping the wetlands become more resilient in the face of climate catastrophes.

“Key species, like the largest feline of the Americas, play a fundamental role in the structure and functioning of ecosystems; their return restores health and integrity, essential components that help mitigate the global loss of biodiversity, climate change and the appearance of pandemics.

Kristine Tompkins, President of Tompkins Conservation and U.N. Patron of Protected Areas, said: “I am overjoyed with the news that one of the two original jaguar cubs born at the Ibera breeding project has brand new cubs of her own.

“With jaguars now successfully breeding in the wild, the species is well on its way to recovering.”

Jaguars are found from northern Mexico southwards to northern Argentina, but were once known to inhabit Texas and New Mexico.

Their preferred habitats are usually swamps and wooded regions, but they also live in scrublands and deserts.

Their largest known population exists in the Amazon rainforest.

Threats to the species include habitat loss and fragmentation, trophy hunting, the illegal trade in body parts, and retaliatory killings stemming from the loss of livestock.