“This book is the holy grail for Churchill book collectors, its existence almost a matter of myth.” 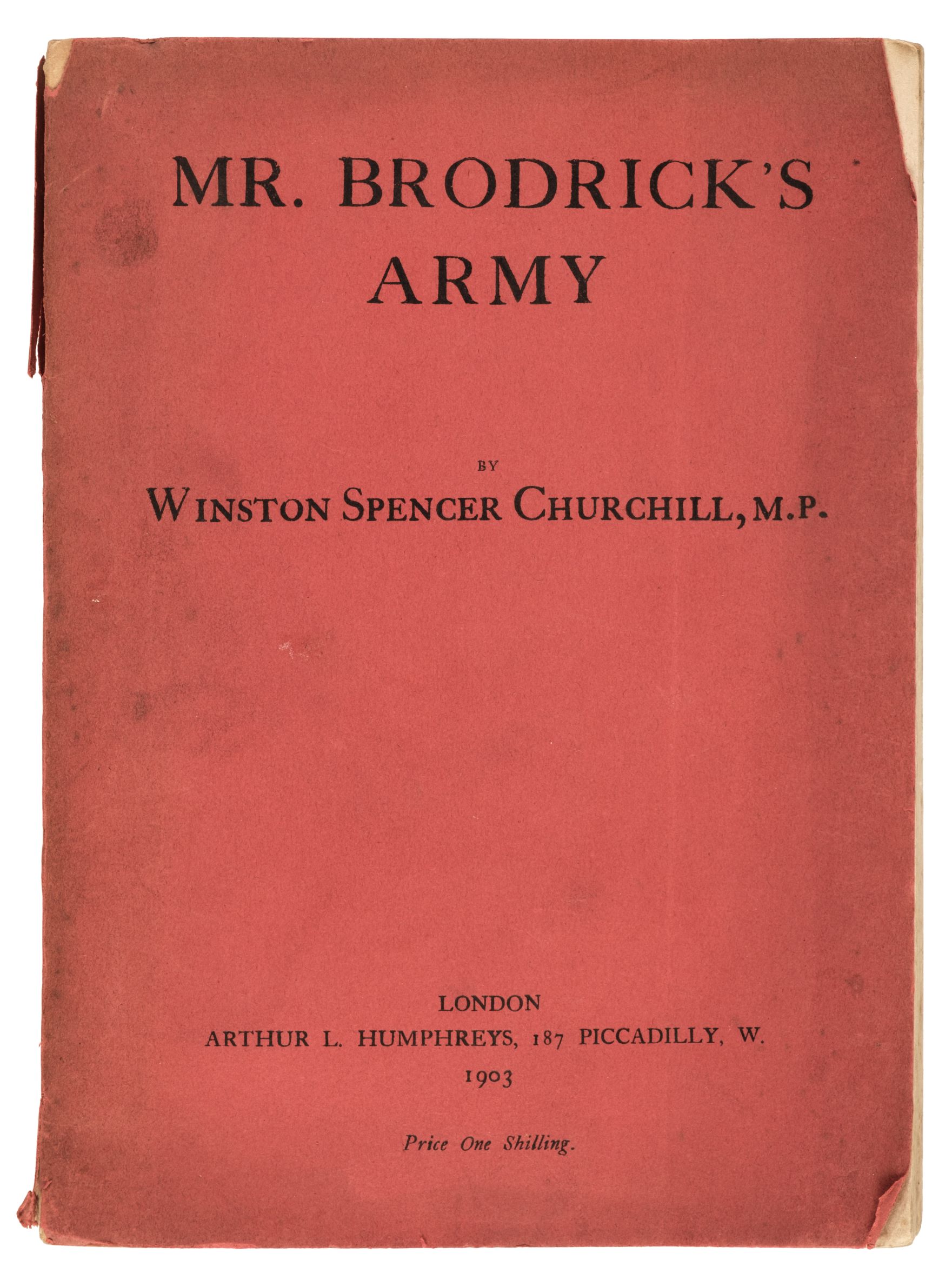 An ultra-rare Winston Churchill book dubbed the 'Holy Grail' for collectors has sold for $60K at auction. (Jon Mills SWNS/Zenger)

An ultra-rare Winston Churchill book dubbed the ‘Holy Grail’ for collectors has sold for $71,000 at auction.

The book ‘Mr. Brodrick’s Army’ – deemed “Churchill’s first great oration” – is the first published collection of the speeches of the British prime minister who led the United Kingdom through WW2.

Auctioneers said the first edition can claim to be the rarest complete copy of its kind and ”its existence almost a matter of myth.”

Chris Albury, auctioneer and senior valuer, said: “This book is the holy grail for Churchill book collectors, its existence almost a matter of myth.

“Other than modern facsimiles I have never seen a copy of this ultra-rarity after more than 30 years in the book auction world.”

The book was originally published in 1903 when Winston Churchill was a new Member of Parliament.

The 107-paged work consists of six speeches given by Churchill to parliament wherein he opposed his own party’s military reforms – proposed by the Secretary of State for War, William St. John Brodrick, the Viscount Midleton.

The book consists of Churchill’s speeches over two years, marking the critical beginnings of his long-standing political career.

“These speeches demonstrate Churchill’s developing oratorical skill and the growing divisions between himself and his party,” says Bloomsbury Collections.

There has also been some dispute as to whether there were one or two editions of the book in 1903, but collectors association contend this edition – bound in red card wrappers – as the first.

No further publication of the book occurred until the U.S. first edition, issued 74 years later in 1977 as a reprint.

Albury added: “As far as we can see the only copy to ever come up at auction in all that time was one lacking its final blank page and bound in a later cloth which fetched 4,000 pounds [$4,788] at a Christie’s sale in 2010.

“By any measuring method this is a colossal price but proves that there is plenty of money and a massive appetite for such book trophy treasures.

“Churchill rarities have always been a good gold standard for collectors and the chances of seeing another copy in the next 10 or more years, especially one as nice as this copy, are very slim.”