A Pair Of Identical Twins Both Passed Away Just Hours Apart, At The Age Of 70

Brothers Alan and Geoff Bates died only three hours apart and had a joint funeral and matching coffins. 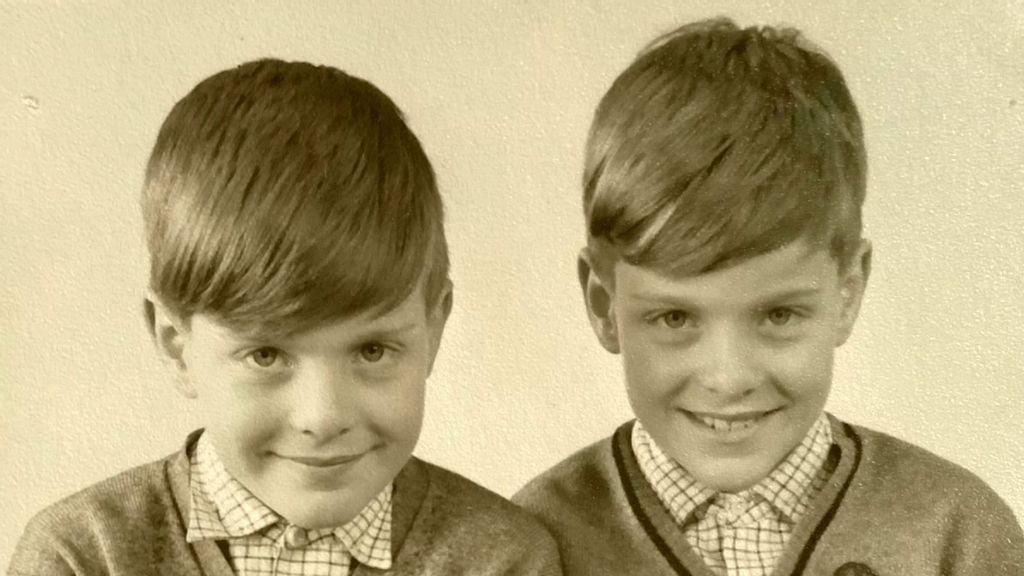 Identical twins who spent their lives together passed away from separate illnesses just hours apart - at the age of 70. (Jon Mills, SWNS/Zenger)

Identical twins who spent their lives together passed away from separate illnesses just hours apart – at the age of 70.

Brothers Alan and Geoff Bates died only three hours apart and had a joint funeral and matching coffins.

Shelley Bates, Alan’s daughter, knew her father only had “months” to live after he was diagnosed with throat cancer and his health deteriorated.

But she said it was “surreal” to find out her uncle had passed away from multiple organ failure as she on her way say her final goodbyes to her dad last month.

And when she reached Alan’s bedside, she said the 70-year-old seemed to be talking to Geoff saying, “I’m on my way, I’ll see you soon” just moments before he died.

Shelley, 40, said: “It was just really surreal. Me and my brother, Andrew Bates, had to travel from Sheffield to Coventry to go and see him.

“But halfway down, we got a call saying that Uncle Geoff had passed away. We got down to where my dad was, and then 15-20 minutes after that, my dad passed away.

She added: “My auntie said it was as though my dad was speaking to my uncle. He just kept saying “I’m on my way, I’ll see you soon”.

“When we got there, he was kind of staring off to one particular spot in the corner of the ceiling, and he kept looking at that spot and laughing.”

Geoff’s daughter, Katie Sellers, 46, said it was “devastating” to get the news that Alan had passed away on the same day as her father.

But she added that there was also something “comforting” that the inseparable, “kind and generous” twins had departed “this world together”.

Katie said the brother’s joint funeral, on July 19, gave the pair who had cared so much for each other a “lovely farewell”.

She said: “From when they arrived at the crematorium, they parked so that both the back doors were facing each other.

“They then brought them both out together and had them walked in, side by side, together.

Katie, from Rotherham, England, in the United Kingdom, said Alan was “very close” to his brother Geoff when they grew up in Sheffield together.

She also said they would cause trouble due to their similarities – and even needed their names sewn on their jumpers at school so the teachers could tell them apart.

She said: “I think the whole family were very close, but especially my dad and Al. We used to go camping together when we were kids – stuff like that.

“While everybody used to say they looked identical, us as their children, we didn’t see that. They never looked the same to us.

She explained that Geoff had worked as an electrician and then a computer engineer, while Alan, a joiner by trade, had taught City and Guild courses.

Geoff later moved to Rotherham with his two children, whereas Alan, who had four children, stayed in Sheffield, England before heading to the Spanish island Tenerife in 2018, following his retirement.

The two brothers would always spend Christmas and New Year at each other houses, and when they were divided by oceans, they still talk regularly through video calls.

Alan returned to the U.K. after he was diagnosed with throat cancer, whereas Geoff suffered a mini-stroke, leaving him in the hospital before he died, on June 13 this year.