The 92nd Separate Mechanized Brigade named after Ivan Sirko carried out the strike in an unspecified location. 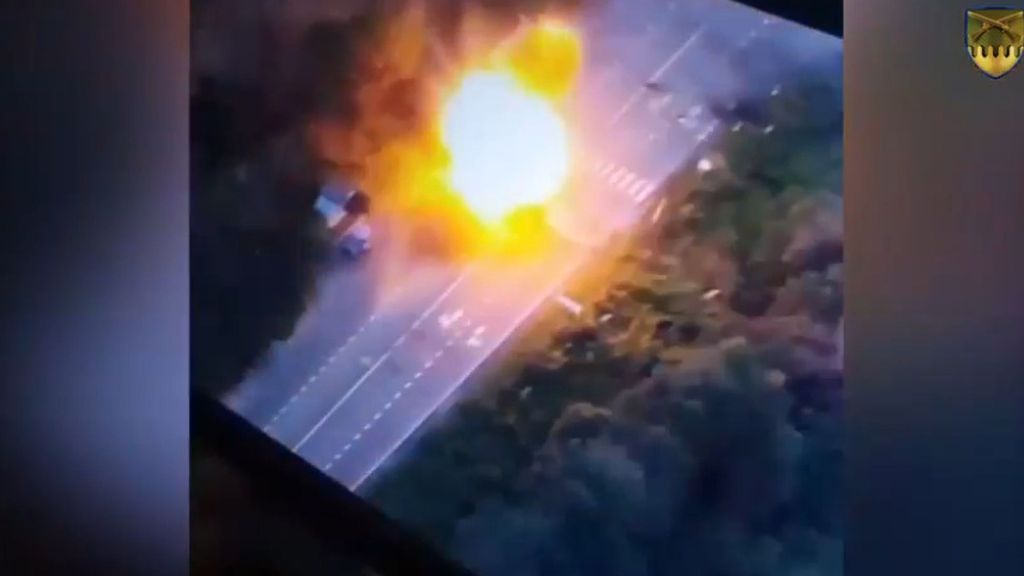 Fighters from the 92nd Mechanized Brigade destroying a Russian tank in Ukraine. (@92OMBr/Zenger)

Ukrainian fighters destroyed a Russian tank on a main road, as can be seen from these images.

The 92nd Separate Mechanized Brigade named after Ivan Sirko, a formation of the Ukrainian Ground Forces, carried out the strike in an unspecified location.

The brigade said on July 20: “Defending Ukraine and protecting its sovereignty, territorial integrity and inviolability.”

The Ukrainian Center for Strategic Communications (StratCom) said: “A morning is not a morning without fried Rusna. Have a great day everyone. Glory to Ukraine!”