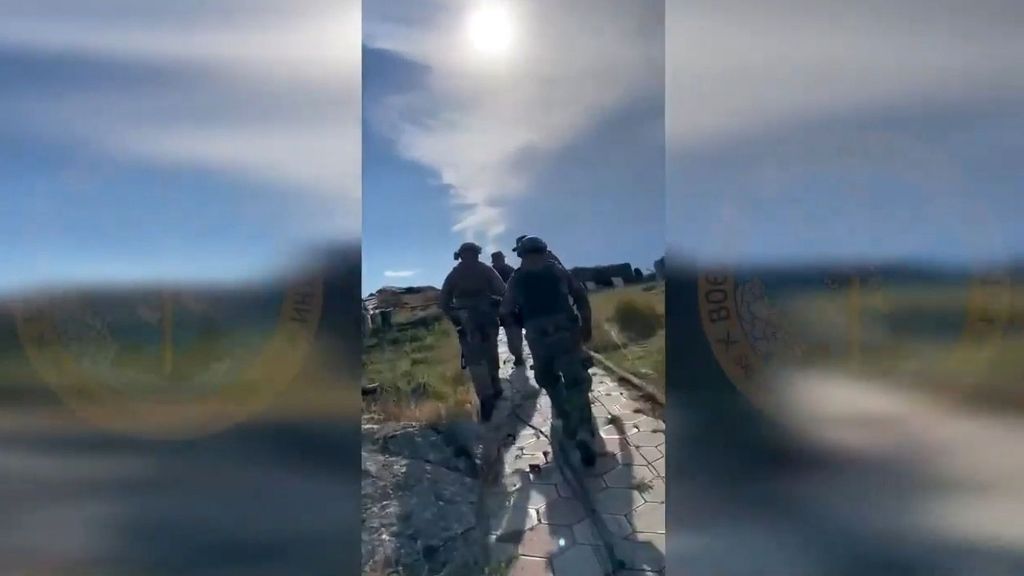 At the scene where Ukrainian soldiers research the territory of Zmiiny Island, save cat, install the Ukrainian flag instead of the Russian flag on Zmiiny Island, in Ukraine. (@DefenceIntelligenceofUkraine/Zenger)

Ukrainian troops demined areas of the recaptured Snake Island and changed the Russian flag for the yellow and blue of the defending nation – and also rescued a lone cat!

The Main Intelligence Directorate (GUR) for the Ukrainian Ministry of Defense (MoD) said demining and research work was carried out on Snake Island, also known as Zmiinyi Island, after it was recaptured earlier this month.

The directorate said on July 20: “Ukraine conducts research and demining of Snake Island.

“During the course of the MoD’s GUR operation, research and reconnaissance of the territory and underground fortifications of Zmiiny Island were carried out.

“Mine clearance engineering works have now been completed.

“The Ukrainian flag was raised on the island instead of the racist ‘tricolor.’”

The directorate added: “In addition, a Ukrainian cat that had lived on the site for several months was found and taken to controlled territory.”