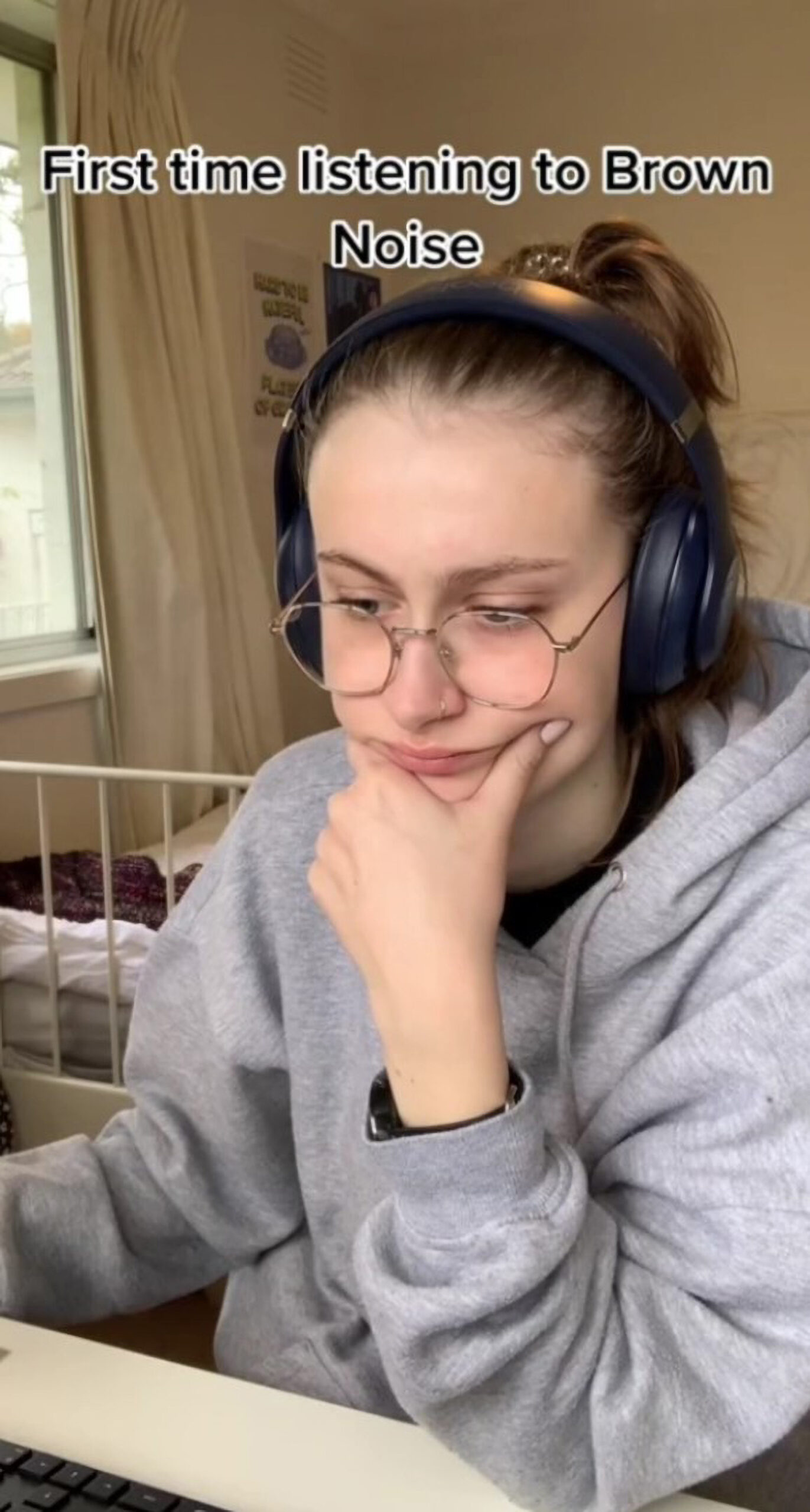 This is the viral moment a TikToker with ADHD listens to ‘brown noise’ to control her symptoms for the first time.

Natalya Bubb (@natalyabubb) is a TikToker with attention deficit hyperactivity disorder (ADHD) who uploads clips to help shed light on her condition.

She recently shared a clip of her listening to brown noise for the first time that has been viewed 9.7 million times.

In the viral video, Natalya is seen turning up the volume as her mouth drops open in amazement before asking viewers: “Is this real?”

Then she asks: “Where did the thoughts go?”

TikTok user ‘Skinkransh’ replied: “It’s like driving with the window down.”

ADHD sufferers have problems concentrating and may appear restless and impulsive, according to experts.

Brown noise is said to be relaxing for sufferers.

The hashtag for brown noise currently has 69 million views on the platform as more and more users tout the health benefits of the sound masking phenomenon.

Dr. Mathias Basner, professor of sleep and chronobiology at the University of Pennsylvania’s School of Medicine, said: “So many people are using it that the public health consequences of this are potentially ‘ginormous,’ yet right now we have little to no research on this.”

Despite this, sleep experts say that patients who have insomnia, anxiety or live in a busy city find that the sound of a calming hum proves beneficial for their sleep.

According to Sound of Sleep, a modern sound machine supplier located in Silicon Valley, brown noise “can sound similar to the hard, gentle surf that comes with a storm” while “the sound of light to medium rainfall is an example of real-world pink noise”.

Pink noise is considered the most refined of the three sounds by researchers.

A study in Frontiers in Human Neuroscience has suggested that it helps older adults improve their memory and get better sleep.

Another recent study from the International Islamic University Malaysia (IIUM) used sound and memory training in video games to reduce 50 percent of ADHD symptoms in young children as ADHD and its relationship with sound therapy continues to be researched.