Andrew Crook said between 20 and 40 fish and chip shops were closing across Britain every month. 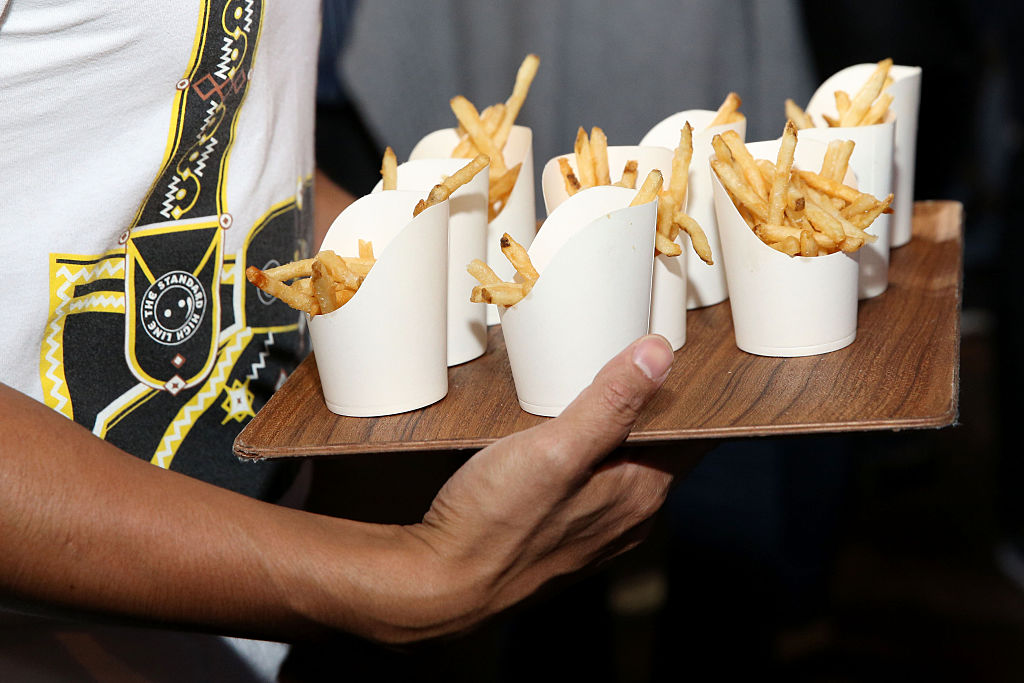 A view of french fries at Oyster Bash on October 16, 2016 in New York City. (Photo by Robin Marchant/Getty Images for NYCWFF)

The price of french fries is set to be the next thing to batter household budgets as potato growers warned of a rise in prices after the recent heatwave ravaged crops.

Farmers fear the cost of humble spud is likely to spike after the yield and quality of potato crops has been hit by the record-breaking temperatures.

This comes after the cost of fries rose due to difficulties in getting cooking oil from Ukraine and whitefish from Russian waters.

The British Potato Trade Association (BPTA) said the recent record temperatures come after a ‘prolonged drought’ which had ‘seriously affected’ the quality of crops.

A spokesperson for the trade body said: “Southern and eastern areas of Britain are currently experiencing the worst growing conditions.

“The further north you go, the less the impact, but it is pretty much the whole of England that is suffering at the minute.

“Now is a crucial time for potato growers. If it stays dry much longer, we are looking at seriously reduced yields.

“Up until recently there has been adequate supply, but the state of crops is suffering.

“Now is the critical time for moisture and growth. There are growers that have stopped irrigating because of a lack of water in water courses.

“It’s been a prolonged drought period for this year, there’s not been as much rainfall as previous years.”

It’s another blow for Britain’s beloved ‘fish and chips’ dish, which has taken a battering this year due to the sharp rise in prices.

Andrew Crook, president of the National Federation of Fish Friers, said between 20 and 40 fish and chip shops were closing across Britain every month.

And he said the price of fish and chips would increase as a result of reduced yields.

He said: “With fish at the price it is, combined with VAT at 20 percent, our sector cannot afford any further price increases caused by potato shortages, so the cost of fish and chips will have to further increase.

“We are not profiteering here. We are just trying to survive.”

He added: “We try to absorb increases as much as we can. We should have put up prices even more.

“If the price people paid for their takeaway did not increase, we are not going to have any fish and chip shops left”.