Zenger News obtained the footage from the People’s Militia of the DPR (Donetsk People’s Republic) on July 20. 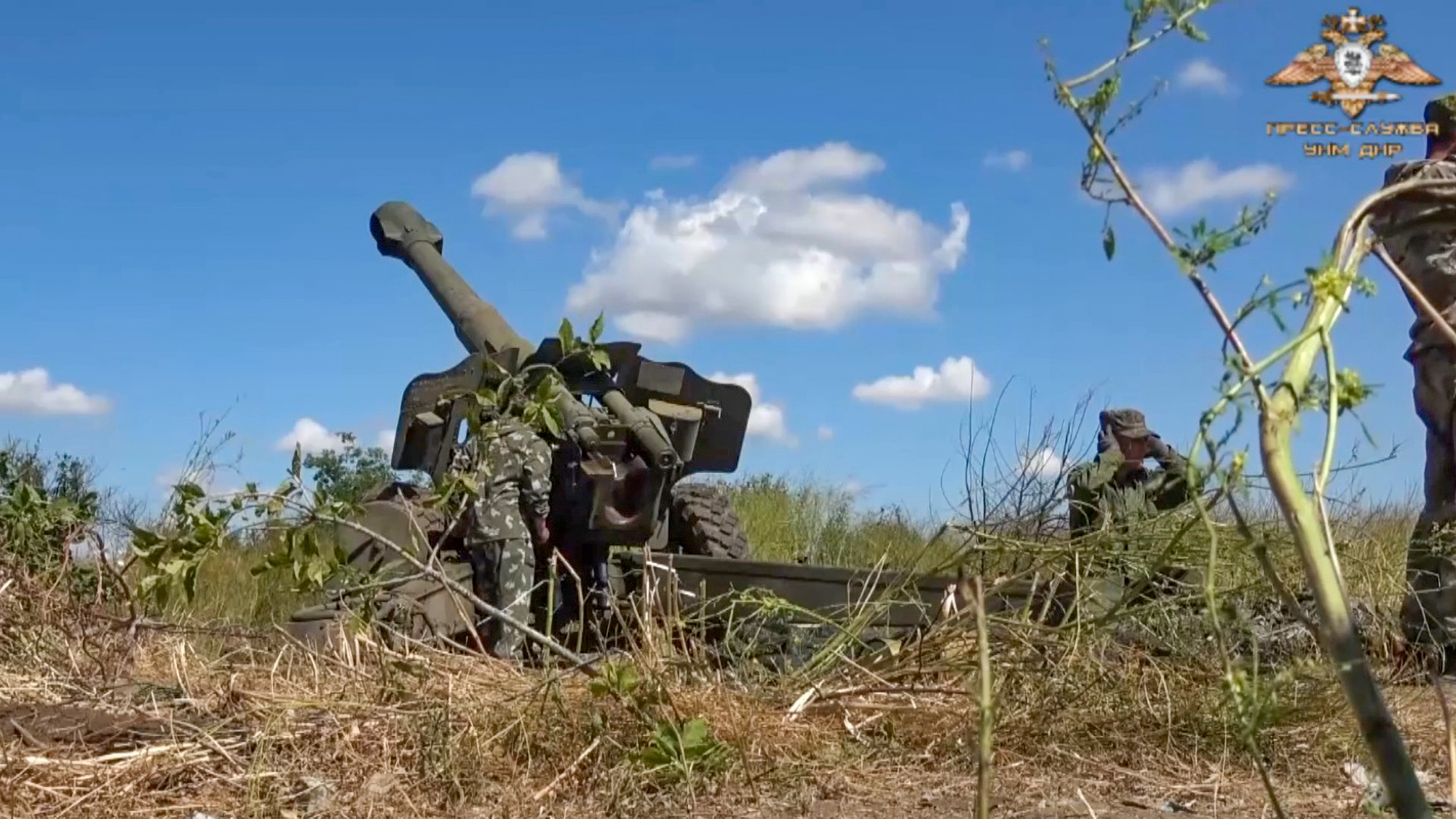 Zenger News obtained the footage from the People’s Militia of the DPR (Donetsk People’s Republic) on July 20.

The pro-Russian militia said: “Ukrainian nationalists continue to be squeezed out of the coal-fueled thermal power station located in Svetlodarsk [Svetlodar TPP].

“Artillery strikes using 152-millimeter D-20 guns are carried out on accumulations of manpower and equipment of Ukrainian nationalists identified by intelligence.”

The People’s Militia of the DPR did not specify where in Ukraine the footage was filmed.

We contacted the People’s Militia of the DPR for further comment, as well as the Russian and Ukrainian Ministries of Defense, but haven’t received a reply at the time of writing.