Zenger News obtained the footage from the Ministry of Defense of the Russian Federation on July 20. 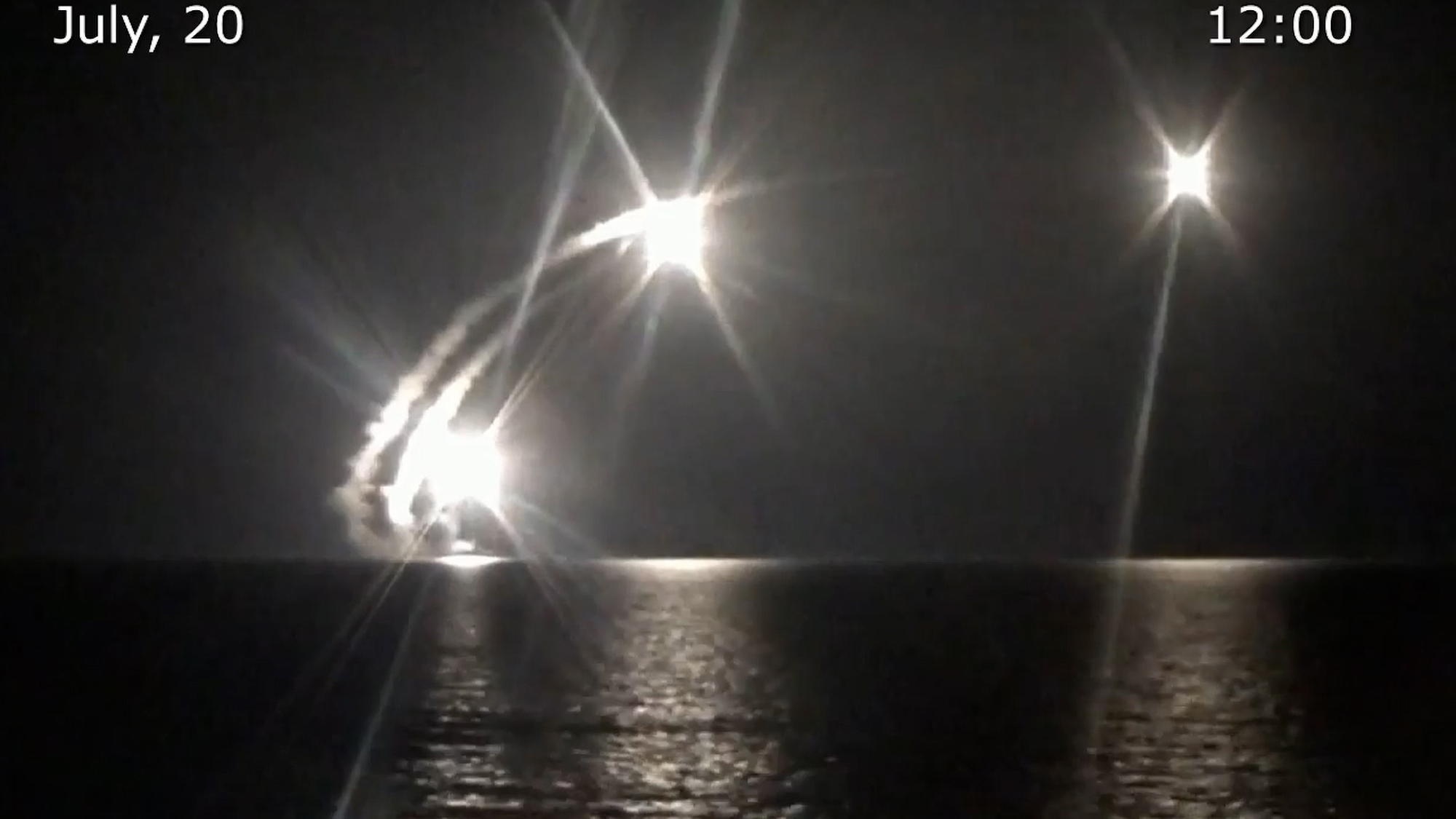 This video purports to show a “high-precision” missile slamming into a Ukrainian arms depot before apparently going on to show a Russian warship in the Black Sea launching a salvo of missiles at targets on the Ukrainian coast.

Zenger News obtained the footage from the Ministry of Defense of the Russian Federation on July 20.

“High-precision weapons strikes of the Russian Aerospace Forces against missile and artillery weapons depot of 14th Mechanized Brigade of AFU in Soledar in Donetsk People’s Republic have destroyed 19 units of armored equipment and up to 40 nationalists.

“High-precision, long-range sea-based weapons have hit temporary deployment point of 35th Marine Brigade in Dachnoye, Odessa Region, where reservists for the Ukrainian Armed Forces were being trained. More than 60 personnel have been destroyed, as well as more than 10 foreign-made military vehicles.

“8 depots with missile and artillery weapons and ammunition have been destroyed near Paraskoviyivka, Kostyantinovka, Artemovsk, Novovorontsovka in Kherson Region and Ternovatoye in Zaporozhye Region, as well as 2 fuel depots of 54th AFU Mechanized Brigade near Kurakhovo in Donetsk People’s Republic.

“In addition, 9 projectiles of Uragan multiple-launch rocket system have been intercepted near Vasilenkovo in Kharkov Region, as well as Novoraisk, Krasnosel’skoye, Stepnoye, and Taras Shevchenko in Kherson Region.