Four homes were destroyed after the fire spread rapidly and tore through properties in Woodland Drive in Barnsley, England. 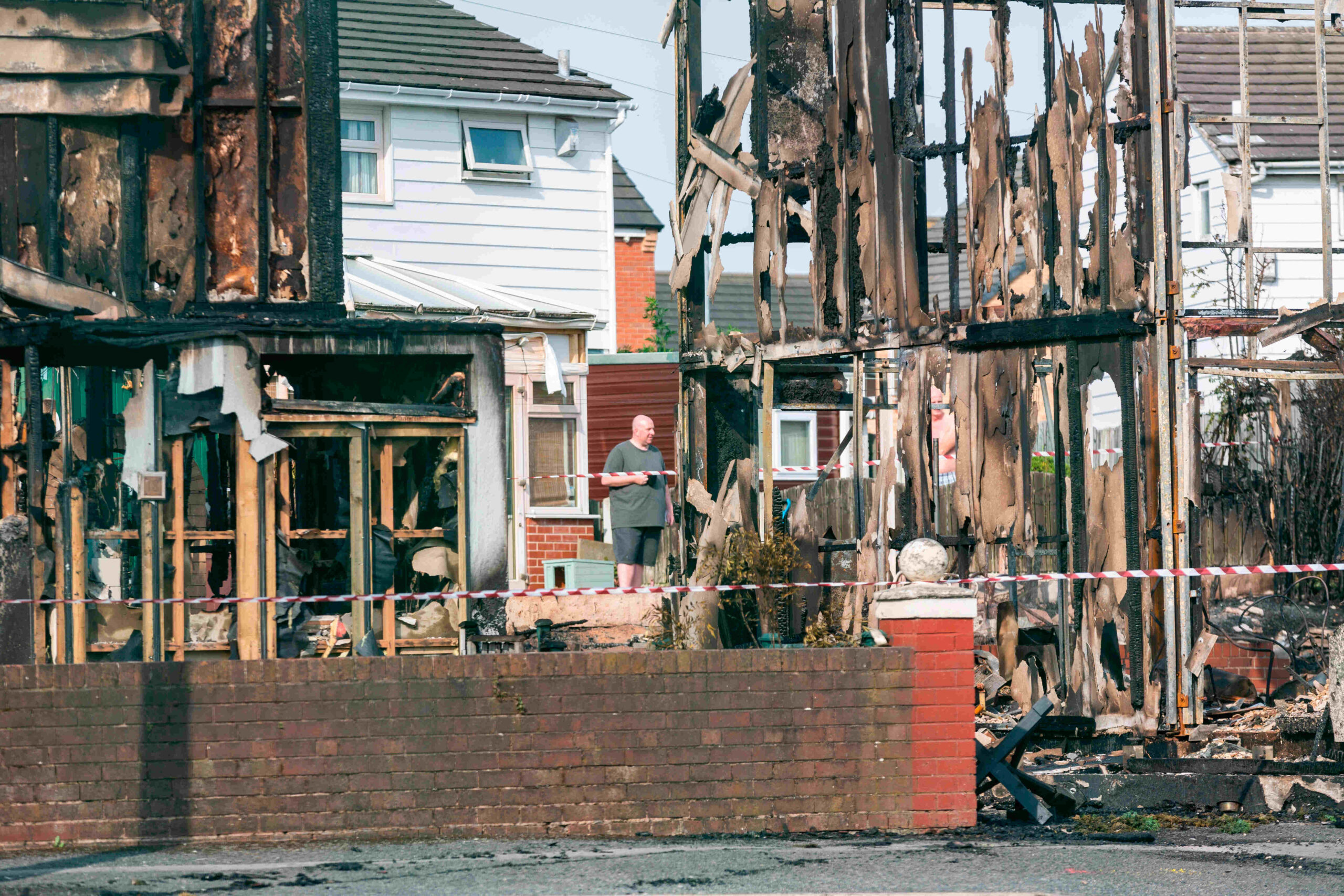 This is the dramatic moment a suspected barbecue or garden fire lit on the hottest day on record in the UK spread before engulfing and destroying nearby houses. (Tom Maddick, SWNS/Zenger)

This is the dramatic moment a suspected barbeque or garden fire lit on the hottest day on record in the UK spread before engulfing and destroying nearby houses.

Four homes were destroyed after the fire spread rapidly and tore through properties in Woodland Drive in Barnsley, England, in the United Kingdom, within minutes.

Another house nearby was badly damaged while gardens have been damaged by the inferno.

It is believed the fire started when children living at one of the pre-fab houses started a fire between the garden shed and the boundary fence just after 3.30 p.m. on Tuesday, July 19.

Heroic neighbors fought the flames with a hosepipe and rescued residents as they waited for the fire brigade to arrive as crews were tied up elsewhere.

A man in the house can be seen trying to fight back the flames with a hose or bucket.

Later, a woman from the house can be seen frantically pacing the street as she appears to shout for help.

Dramatically, the fire spreads and the camera cuts off as the UPVC conservatory frame the camera is sat on melts under the intense heat.

Married father-of-one Carl Fox, whose CCTV captured the beginning of the blaze, said he was ‘five or ten minutes’ from losing his house.

Carl, who was at work at the time, said his house was saved because heroic neighbors had removed a fence panel to get access to his garden to help dampen the fire.

He said: “The first thing I knew about it was when of the neighbors rang my video doorbell.

“I rushed home from work and some neighbors had lifted a fence panel out to get them out of the houses and start getting a hosepipe on the fire.

“That stopped it spreading and saved our house because left a six-foot gap between wooden fence panels that it had taken hold of.

“Luckily we went for concrete posts when we had the fence panels put in.”

Carl’s garden was ravaged by the fire but his house was spared. Assessing the damage on Wednesday morning (July 20), he added: “We were five or ten minutes from losing our house.”

Near neighbor Andrew Love, 56, was one of the first locals on the scene to try to help.

He said: “I was washing the wheels of my car and I saw the smoke and I thought someone had started a barbeque.

“I looked up and could see the flames coming through the privet.

“I rang the fire brigade and they were busy fighting other fires.

“As far as I know, everybody got out ok.”

South Yorkshire Fire and Rescue Service declared a major incident as it tried to deal with a number of fires across the region as Britain baked in 40 Celsius (104 Fahrenheit) heat.

The service tweeted this morning to remind people not to start fires in their gardens.

It said: “So it’s a bit cooler, but still incredibly dry out there. Please help us: Don’t have a garden bonfire. Just don’t. Leave the BBQs at home. Anonymously report anyone starting fires.”