Scientists have discovered a protein released in the early stages of the disease - when tumors are most curable.
By Simona Kitanovska July 22, 2022
Facebook
Twitter
Linkedin
Email 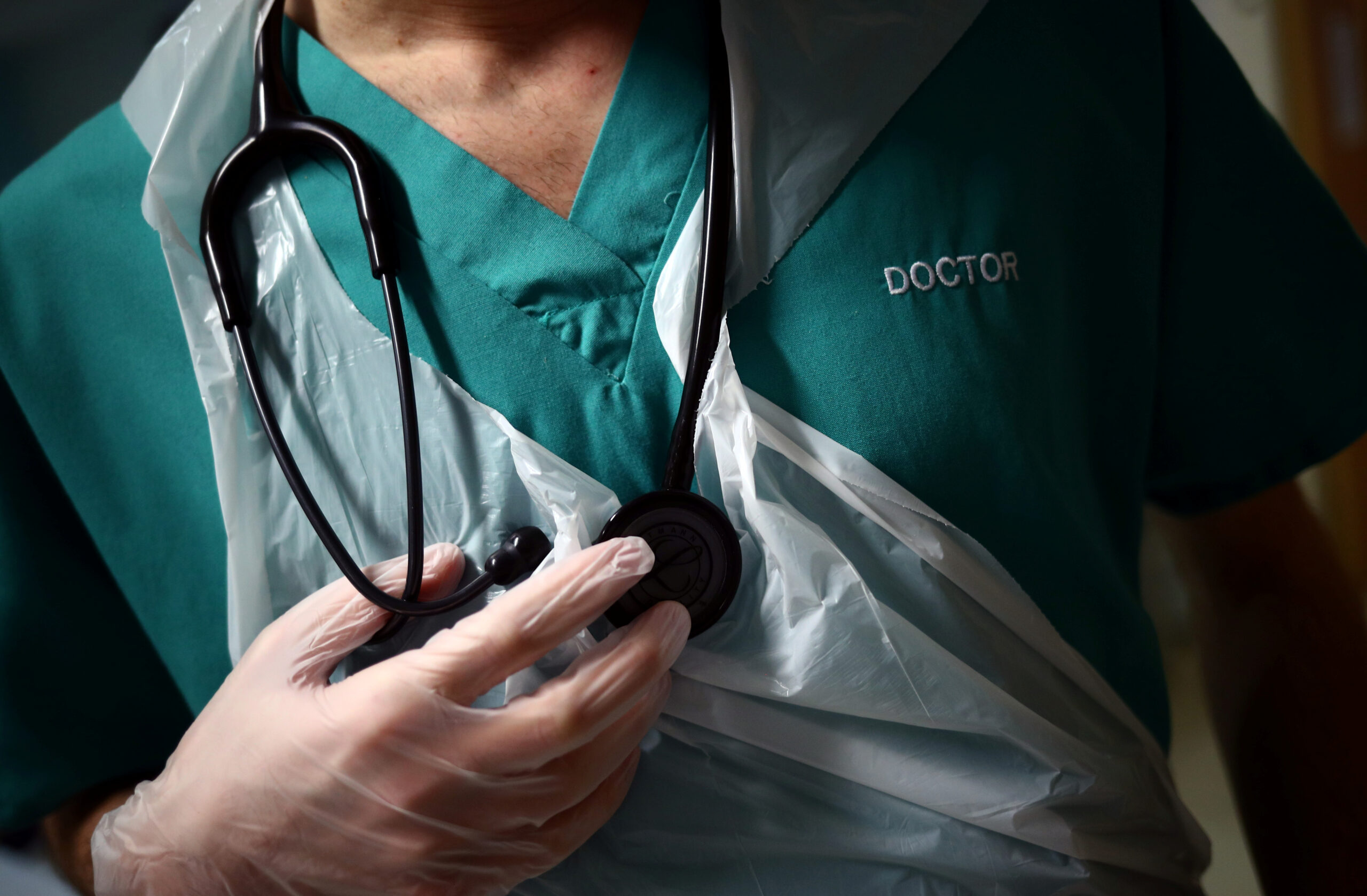 A Junior Doctor holds his stethoscope during a patient visit on Ward C22 at The Royal Blackburn Teaching Hospital in East Lancashire, during the current coronavirus disease (COVID-19) epidemic, on May 14, 2020 in Blackburn, England. (Photo by Hannah McKay - Pool/Getty Images)

A blood test that can diagnose any type of cancer years before symptoms appear could be on the horizon.

Scientists have discovered a protein released in the early stages of the disease – when tumors are most curable.

It is produced by a gene named KRAS – the most frequent mutation across all tumors including lung, bowel and pancreatic.

The breakthrough offers hope of a simple screening program for at-risk individuals – such as older or genetically susceptible people.

It would by looking for chemical changes in fragments of genetic code that leak from tumors into the bloodstream.

Lead author Dr. Daniel Kim, of the University of California, Santa Cruz, said: “The sooner you detect someone has cancer, the more likely they will be to survive through treatment and surgery.

“Millions of people die from cancer every year around the world, and there is an urgent need to develop highly sensitive and specific diagnostic tests that enable cancer early detection before it has spread to other parts of the body.”

Lab experiments found cancer triggering variants wrongly activate others – that can be detected in the blood through sequencing, or mapping.

Dr. Kim believes it is a very promising tool for diagnosing cancer in its earliest stages.

This could be done through a minimally invasive technique called ‘liquid biopsy’ rather than traditional tumor tissue surgery.

Some tumors shed DNA into the blood a long time before a person would start experiencing symptoms.

In Petri dishes the researchers introduced mutant KRAS into healthy lung cells, pushing them into a cancerous state.

Additional epigenomic profiling looked at how genes are turned on or off without changes to the DNA sequence itself.

Other tests identified which RNAs are packaged into extracellular vesicles and preferentially secreted from cancerous cells affected by mutant KRAS.

First-author Roman Reggiardo, a Ph.D. candidate in Dr. Kim’s lab, said: “We were in an interdisciplinary environment that really encouraged us to think about RNA and cancer in a different way.”

The researchers plan to confirm the results by analyzing blood samples from lung cancer patients.

They hope to develop a test that could detect these RNA signatures as biomarkers for the early diagnosis of lung cancer.

Additionally, they anticipate it leading to a framework for developing an RNA liquid biopsy platform for multi-cancer early detection.

Added Dr. Kim: “Now that we know the RNA signatures of this very early event in cancer, this will help us develop new methods for cancer early detection, which will hopefully help save a lot of people’s lives in the future.”

A one size fits all test is regarded as a ‘holy grail’ of cancer research. It would augment rather than replace screening programs currently run by the NHS such as those for breast and cervical cancer.

It could also be particularly effective at finding tumors that can be difficult to identify early – such as those of the bowel, lung, pancreas, throat and ovaries.

The study was published in the journal Cell Reports.