Russia invaded Ukraine on February 24 in what the Kremlin is calling a "special military operation".
By Lee Bullen July 22, 2022
Facebook
Twitter
Linkedin
Email 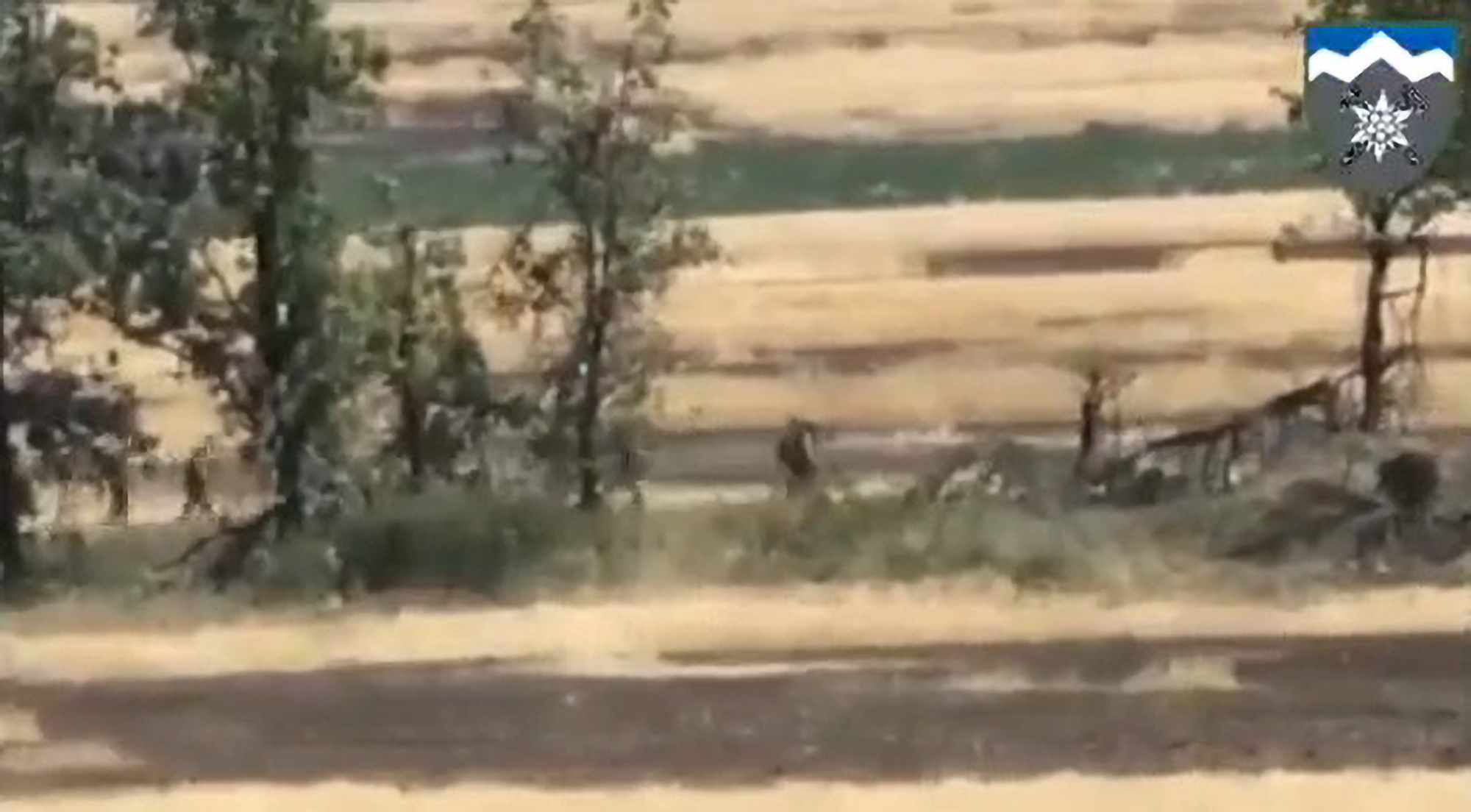 Combat work of soldiers of the10th Mountain Assault Brigade destroying with artillery a group of Russian invaders who were hiding in a forest, in Ukraine. (@10brygada/Zenger)

Defeated Russian soldiers fled their position with a dead comrade on a stretcher during an assault by defending troops.

The 10th Mountain Assault Brigade of the Ukrainian Ground Forces said on July 19: “The orcs came to ‘liberate’ the forest plantation, but received a beating from our artillery and scurried off in formation even taking away one of the 300th.”

The brigade added: “You don’t really like walking around our native land, do you?”

The footage shows Russian soldiers arriving at their armored vehicle in a wooded area before the bombs fall and they are forced to flee with at least one member apparently killed in the assault.

We contacted the 10th Mountain Assault Brigade for further comment, as well as the Russian Ministry of Defense, but haven’t received a reply at the time of writing.